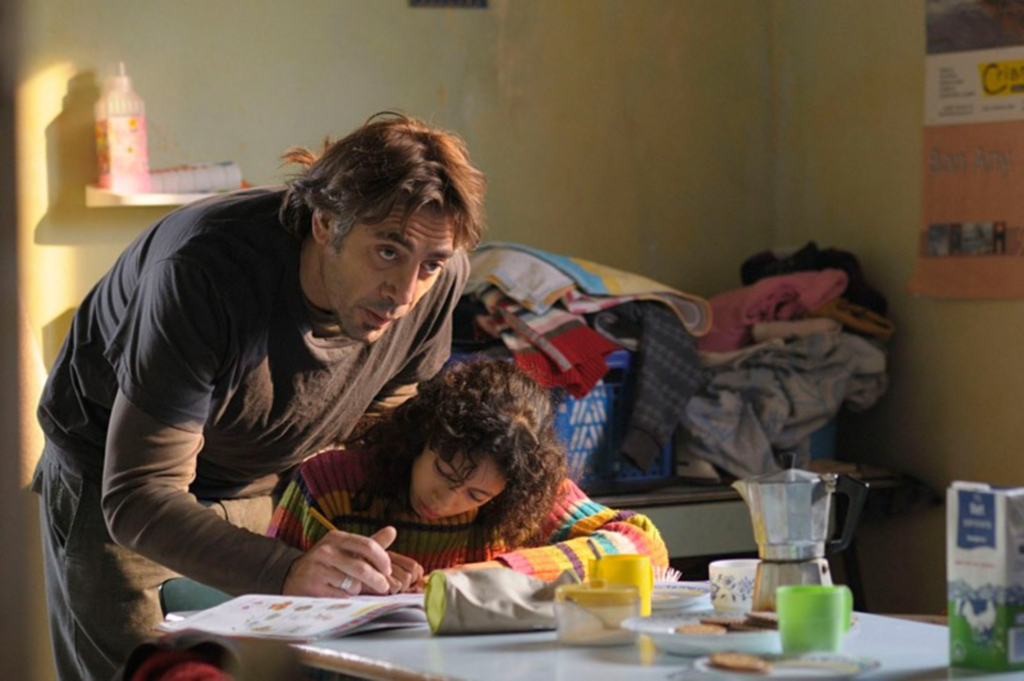 Alejandro González Iñárritu’s first film since he split from screenwriter Guillermo Arriaga — with whom he created Amores Perros, 21 Grams and Babel — stays in one place (Barcelona) and follows one main character (Javier Bardem’s Uxbal) in a linear storyline.

Beyond dying of prostate cancer, Uxbal must contend with a bipolar wife who’s sleeping with his brother; serve as the black-market point man for Senegalese dope peddlers and two venal Chinese sweatshop overseers; and communicate with the dead, a burdensome gift that comes in handy after a horrible incident at the sweatshop.

Through this relentless, manipulative muck, Uxbal tries to be a stable, loving parent to his two tykes, especially after Mom gives one of them a shiner. Iñárritu says nothing more complex than this: Father feels worst.