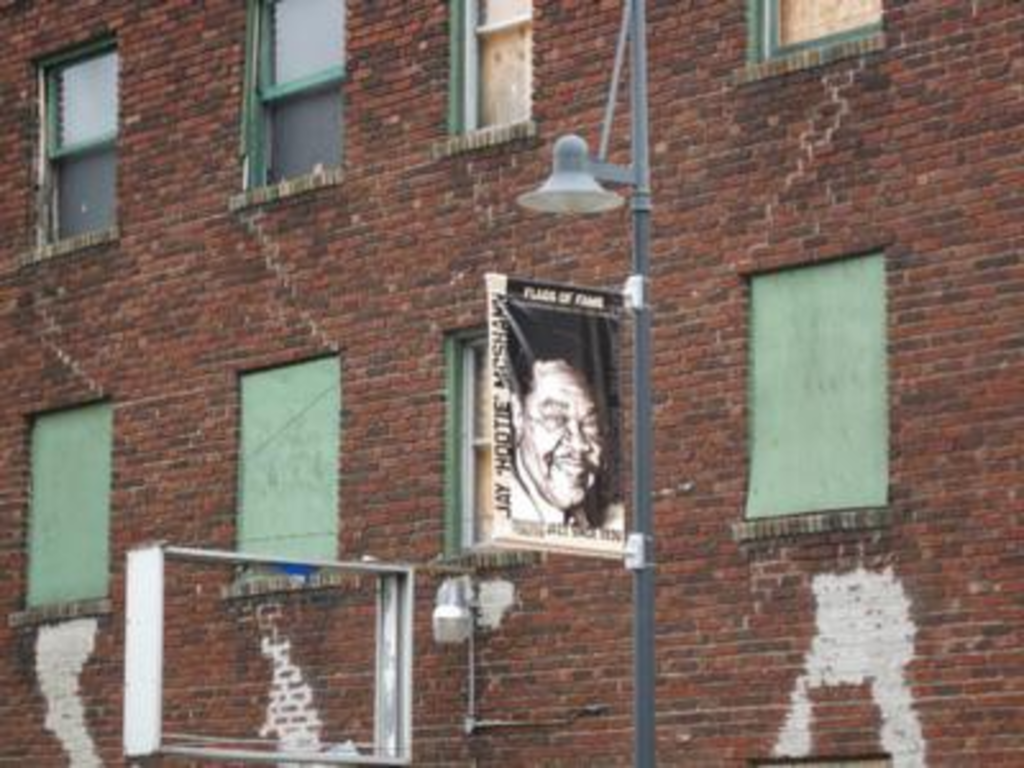 When it came to celebrating Charlie Parker‘s birthday on Saturday, August 29, Kansas Citians had two main options: the First-Annual Yardbird Jazz & Film Festival at the American Jazz Museum and, just around the corner, the Bird Lives Festival at the Mutual Musicians Foundation.

Many people might have thought that the two events were part of the same festival. But the sad truth is that the Kansas City jazz scene can’t even put on a unified celebration of its most influential native son’s birthday.

The foundation’s independent, shoestring-budgeted Bird Lives Festival began at noon with a group photo, starring 250-plus area jazz and blues musicians. Stalwarts such as Ida McBeth, Myra Taylor, David Basse, Everette DeVan and scores of others young and old, dressed up and dressed down, lined up in rows in front of the pink building that has housed the Musicians Local 627 since time immemorial. Smoking cigarettes and joking like old pals, they smiled for the camera. Many were re-enacting a scenario that they had participated in 10 years earlier.

The man behind Bird Lives and the photo shoot, Dawayne Gilley, had arranged a similar group shot on September 18, 1999. He had been inspired both by Art Kane‘s famous 1958 Harlem photograph of jazz greats (immortalized in the 1995 documentary A Great Day in Harlem) and by a 1930 photograph of Kansas City jazzers, which hangs inside the foundation.

They blocked off Highland Avenue, set up stands for vendors to sell barbecue and beer, hung commemorative banners on lampposts, and booked bands to play inside and outside the foundation for the better part of 24 hours.

During the day, on a stage in the middle of the street, the likes of Luqman Hamza, DeVan, newcomer Hermon Mehari, and Lonnie McFadden got down for a crowd of 200 or so. Around 8 p.m., the jamming moved inside and continued until the small hours, peaking at midnight when Bobby Watson played Parker for KCUR 89.3’s 12 O’Clock Jump.

The party at the foundation continued Sunday with a fried-chicken dinner at 2:30 p.m. (after a saxophone salute at Parker’s grave at Lincoln Cemetery) and more live music.

In short, Gilley, Crow and the fine folks at the foundation put on a small but splendid tribute.

Meanwhile, it seemed like just another day at the American Jazz Museum.

I didn’t even know that anything was going on at the Jazz Museum in celebration of Parker until about 1 p.m., when a kid handed me a glossy flier on Highland Avenue. The fancy postcard was for the Yardbird Jazz & Film Festival, which was being put on by the Reel Images Film and Video Group in partnership with the museum.

So I walked the half-block down to the museum. Outside, a sound-system-equipped van sent by one of the festival sponsors, KMJK 107.3, was blaring commercials interspersed with modern R&B. Inside the atrium, people sat in chairs listening to Watson and Ahmad Alaadeen participate in a talk billed as part of the museum’s Stories From the Vine series and titled “Kansas City Loves Saxophones.” Though miked, the two indisputably great local artists were hard to hear amid the atrium’s ambient noise. In a blackbox theater off to one side, jazz documentaries cycled on-screen throughout the afternoon.

Past the museum’s back doors, under the elegant, sweeping canvas ceiling of the Jay McShann Pavilion, groups including the All City Gold Star Youth Jazz Band played for about two-dozen people. Except for bottled soft drinks in the gift shop, there were no refreshments for sale.

Later, at the Blue Room, the district’s crown jewel, the smooth-jazz grooves of the Grandview-based James Ward Band could be accessed for a $10 cover. The gig was not advertised as part of the Yardbird Festival.

Further hinting at the rift between the Jazz Museum and Mutual Musicians Foundation was a mayoral proclamation read at Parker’s graveside Sunday afternoon during an otherwise moving ceremony. Full of WHEREASes and signed by Mayor Mark Funkhouser (absent), the proclamation recognized Charlie Parker’s contribution to local culture and promoted — you guessed it — the First-Annual Yardbird Jazz & Film Festival. Though there was a biographical reference to the “Musicians’ Protective,” the proclamation made no mention of the Mutual Musicians Foundation as a functioning entity.

There were, however, lofty and official-sounding props given to “Magic” 107.3, the Mazuma Credit Union and the Full Employment Council.

Though the foundation put on just about everything you’d want and more in an underfunded, local all-night jazz party, it pissed me off that the big jazz museum around the corner, with its salaried staff and government dollars and fancy pavilion out back, chose half-assed competition over solidarity.

After all, Parker did actually play at the foundation.