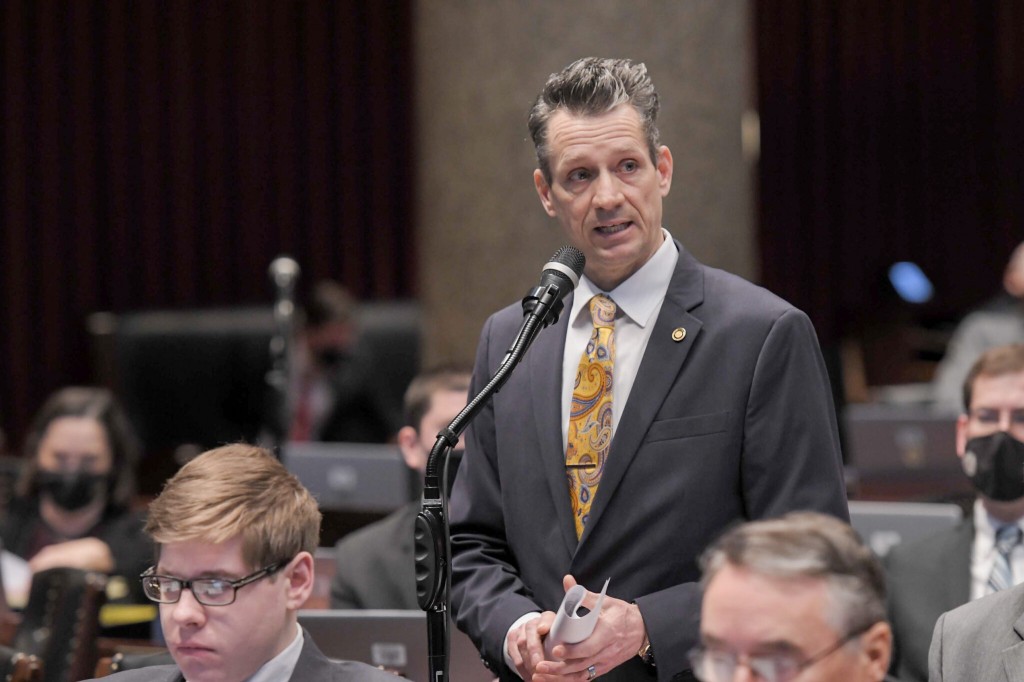 Marsha Keene-Frye grew up around guns, going hunting with her family from a young age near her home in Mississippi County.

To this day, she still regularly carries a firearm and considers herself a supporter of the Second Amendment, just like most of her neighbors in southeastern Missouri.

But for 27 years, Keene-Frye has worked at Susanna Wesley Family Learning Center, which offers domestic violence services in Mississippi County. She’s seen how guns have aided perpetrators in terrorizing and even killing their spouses and children.

“We have had people who have physically been beaten to death,” said Keene-Frye, who is now the center’s CEO, “but that is rarer than when someone uses a firearm. There’s typically a deadly outcome.”

Missouri ranked second in the nation, behind Alaska, in the number of women killed by men, according to a national study that analyses 2018 homicide data. Among the Missouri women who were murdered by their intimate partners, 80 percent were killed with guns.

Keene-Frye can attest to the real nature of these statistics on the ground, and she’s adamant that state legislators must pass a law that would take guns out of the hands of convicted domestic-violence perpetrators – mirroring federal law.

Advocates like Keene-Frye, and even law enforcement officials, say these proposals are even more crucial now, following the passage of the Second Amendment Preservation Act (SAPA) last May.

The act, which went into effect in August, made it illegal for law enforcement officers in Missouri to enforce certain federal gun laws – among them is the federal law that prevents convicted domestic violence abusers from having guns.

Hicks, R-Defiance, voted for the Second Amendment Preservation Act, and he still supports it. But he also believes that it left the state’s most vulnerable residents unprotected, and legislators have a responsibility to fix it.

“This seems like a very simple piece of legislation to help protect all men and women and children in the state of Missouri,” Hicks said, “and at the same time still protect our Second Amendment rights.”

While the legislation has bipartisan support, both Hicks and Arthur agree it still faces a hefty challenge this session. It’s an election year, they said, and Republican candidates fear that backing any restriction on gun ownership could hurt them in a primary. 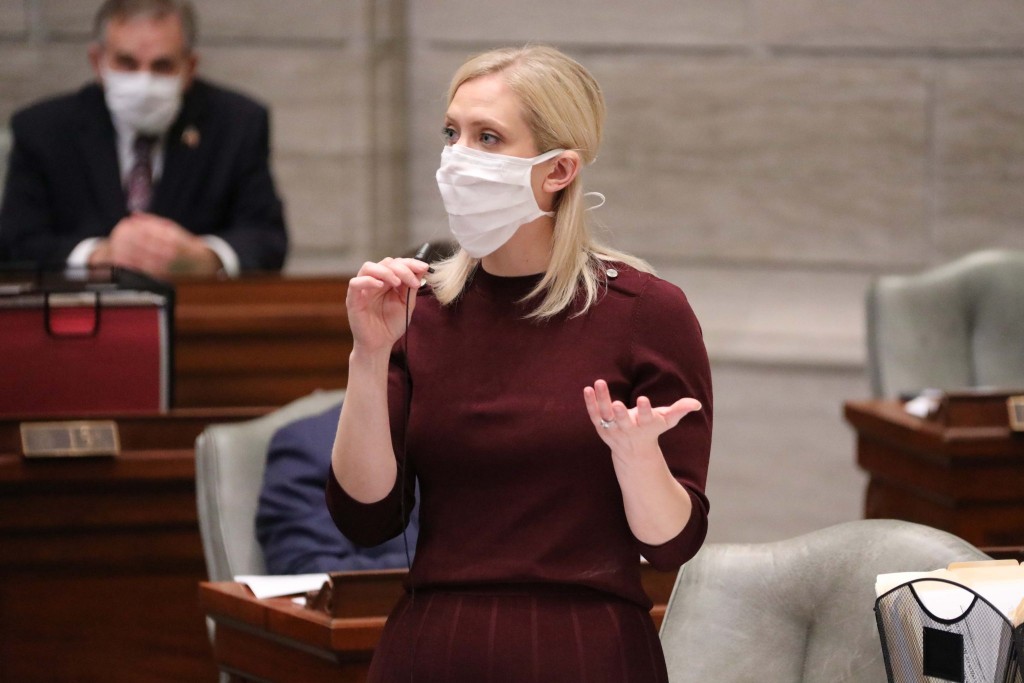 The proposals have three main parts.

Those convicted of domestic abuse in Missouri have not always been allowed to carry firearms, Hicks said, nor did legislators intend that to be the case.

When Missouri lawmakers voted to override then-Gov. Jay Nixon’s veto of a 2016 bill legalizing concealed carry without a permit, both Republicans and Democrats were aware that it would unintentionally make it more difficult to enforce the federal law that prevents domestic abusers from having guns, Arthur said.

That was because the legislation removed required criminal background checks and gun safety training classes – the time when these offenders would be screened.

“But in typical legislative fashion, the majority party wanted to push forward, and made a promise that we would return to the legislation to fix it,” Arthur said.

Hicks was among the Republicans who vowed in 2016 to come back and fix it.

It’s Hicks’ final year in the House due to term limits, and he said closing the loophole is his top priority.

In May, Arthur attempted to add an amendment that mirrors her current bill to the Second Amendment Preservation Act. State Sen. Eric Burlison, R-Battlefield, who was handling the bill on the floor, said it was one issue he believed Republicans and Democrats could “come together on.”

“If that person has been convicted and we know that they aren’t responsible with their emotions, and with their actions towards people in their family,” Burlison said, “then having a gun in that situation, you’re absolutely right, it adds to the intimidation, and it adds to lethality of the situation.”

However, Sen. Bob Onder, R-Lake St. Louis, decried Arthur’s amendment during the 2021 debate as a “red flag law,” which allows family members, law enforcement or other third parties to ask a court to temporarily remove a person’s guns if they’re concerned about the individual.

Hicks, whose district area overlaps with Onder’s, sponsored the same language as Arthur’s amendment in his House bill last session – and he strongly disagreed with Onder.

“I had a letter from the NRA last year stating this is not a red flag bill,” Hicks said of the National Rifle Association. “If it was a red flag law, they would’ve rated it. I would no longer be holding an A-plus rating from the NRA.”

Onder’s concerns related to judges prohibiting a person from having guns during restraining-order proceedings. Arthur told Onder that these hearings were a crucial moment in protecting victims because that’s when the conflicts are at their  “hottest” and most dangerous points. Hicks said the legislation gives a judge the opportunity to be able to protect residents in these dire moments.

“If you’re sitting in a courtroom and you’ve got your spouse or significant other sitting over there, you’ve already gone to the end,” Hicks said. “You can’t take any more. And I think it’s up to us then to help them.”

Hicks said the NRA assured him that this would not fall in the same category as the type of court orders that Onder is concerned about. Ultimately, Arthur’s amendment was voted down by the Senate, which went on to approve the Second Amendment Preservation Act.

Now law enforcement officers can’t enforce federal law to prevent convicted domestic violence abusers – whether it be a felony or misdemeanor charge – from having guns. Missouri law prohibits felons from possessing guns, but Arthur noted that a lot of the crimes that are classified as domestic violence misdemeanors are still violent crimes.

“In any other context, if it wasn’t a domestic partnership, it would be qualified as a felony,” Arthur said. “I think that speaks to society’s attitude about domestic violence.”

Some of the families that Agape serves only have one car or one phone, and they’re usually in the abuser’s control, she said.

“Getting help is hard enough,” said Price, who is a gun owner herself. “But then if they have a gun, they can hold them at gunpoint, they can threaten them with that gun, [and] they can use that gun. We have seen too much of that go on down in this area – with too many people murdered.”

Price spoke about several cases of women who were shot and killed by their husbands or partners. A woman murdered at a McDonald’s. Another who tried to run away, but her male partner captured her at the Walmart parking lot and killed her. Another shot in front of her children in her trailer home. The grief impacts the entire community because, in small towns, everyone knows these women and families well, Price said.

“This is the kind of stuff we see in rural Missouri,” she said. “As long as they still have a firearm in their hand, they’re still free to do what they want to do. They still stalk. They still terrorize. But if there’s no law against it, it cannot be prosecuted.”

Just as in the Mountain View area, guns are very much part of the culture in Mississippi County, said Keene-Frye. Advocates of domestic violence tend to be able to get bipartisan support on most reforms, she said, except when it involves guns.

The typical arguments that Keene-Frye hears against this proposal is that people need their guns to provide food for their families through hunting, or that judges shouldn’t be able to grant protection orders without having a full hearing.

“When somebody has an order of protection granted against them, a judge has decided that someone needs protection from this individual for a reason, based on facts,” she said. “So I just really do not understand the controversy surrounding that.”

Mississippi County has a population of about 13,000, and the Susanna Wesley Family Learning Center serves about 400 women a year, she said. They provide 1,200 to 1,800 of “bed nights” to victims every year at the shelter.

As a lifelong gun owner, Keene-Frye said that most responsible gun owners believe that abusers shouldn’t possess guns. But her area has become increasingly “ultra-conservative” over the last few years, she said, and it’s made this point more contentious.

“Is the victim’s right to life not greater than the perpetrator’s right to a firearm?” she said. “I believe it is.”