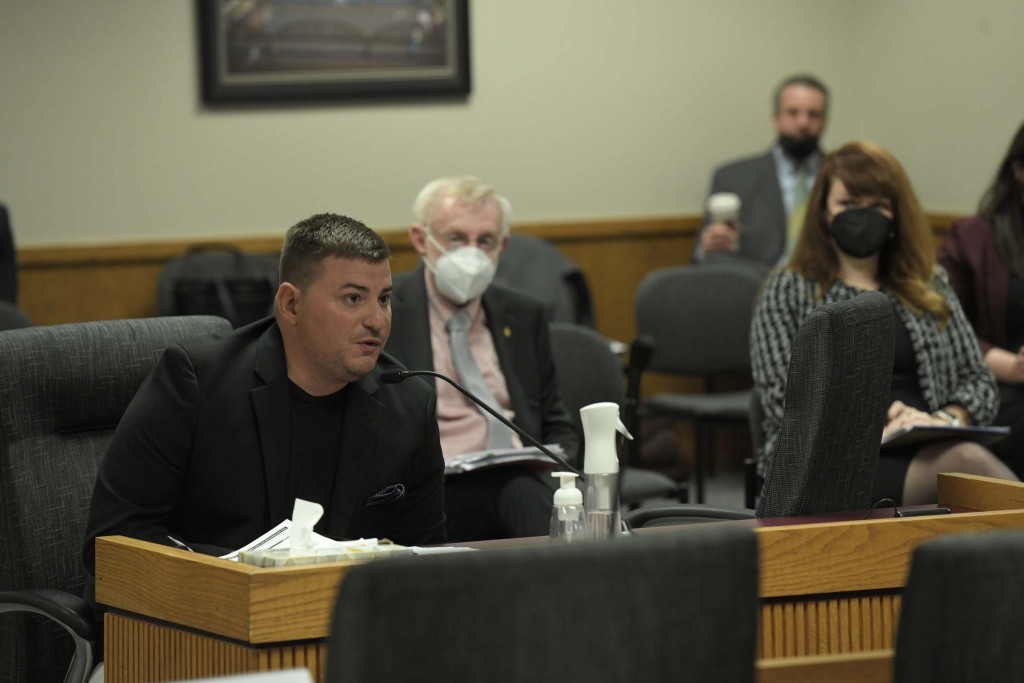 A bipartisan chorus of Missouri lawmakers joined together on Twitter Wednesday to call for Agape Boarding School to be shut down.

Using the hashtag #ShutDownAgape, the tweetstorm was kicked off by House Speaker Rob Vescovo, R-Arnold, who has become a vocal proponent of closing the Stockton-based boarding school that faces mounting allegations of staff physically and sexually abusing students.

“I refuse to turn a blind eye! Let’s call out the corruption that has allowed this organized crime against children to persist,” Vescovo tweeted, along with a video compilation of news clips regarding abuse allegations at Agape.

Several Republicans weighed in, too.

Sen. Holly Thompson Rehder, R-Sikeston tweeted: “We have the actual safety of children caught in a bizarre judicial cycle. How many victims must we have before they are protected?”

Senate Majority Leader Caleb Rowden, R-Columbia, thanked Vescovo for “using your platform to stand up for these kids.”

Colton Schrag, an Agape student from 2003-2004 and 2006-2010, said in an interview that he has been heartened to see bipartisan support for closing the school.

“It seemed like for so long it was Democrats fighting [alongside] us trying to get it done,” he said. “It kind of gives me a renewed sense that finally we have all sides of the government in Missouri seeing the issue and wanting to fix the issue.”

I refuse to turn a blind eye! Let’s call out the corruption that has allowed this organized crime against children to persist. We must stand and defend those who have been victimized and make every effort to prevent this “school” from creating more victims. We must #ShutDownAgape pic.twitter.com/Q4syiUQshg

Although the school has been under scrutiny since 2020, its doors remain open.

In recent weeks, the Missouri Department of Social Services and attorney general’s office have sought to shut the school down under a state law passed by the legislature last year. But the case has been drawn out over several hearings and the state has not yet been permitted to introduce its most recent evidence.

Some lawmakers alluded, in their response to Vescovo, to allegations of local corruption surrounding the Agape case.

Rep. Jered Taylor, R-Republic, tweeted that Agape “has been allowed to continue to operate because of the good ‘ole boys club.”

Vescovo last week sent a letter asking the U.S. attorney’s office to intervene and shut down Agape, alleging “undeniable corruption” and “inaction” by local officials who he argues “could do the right thing and have consistently chosen not to.”

In Vescovo’s letter, he expressed concern that the judge overseeing the case had “refused to shut the school down despite the overwhelming evidence that abuse has occurred there frequently and continues to occur today.”

The “inaction” of local officials Vescovo wrote, “has helped perpetuate a culture of abuse at Agape, and contributed to a larger, darker network that has served to traffic children to other schools in Missouri and across state lines.”

The attorney general’s office successfully requested a change of judge earlier this week. The next hearing will take place Oct. 13 and 14, according to the court docket.

Two Children’s Division workers have 24-hour access to monitor children at the facility. There are currently 44 students at Agape, John Schultz, Agape’s attorney, said Wednesday, down from a peak of around 120.

Schultz referred to Vescovo’s allegations in his letter to the U.S. attorney’s office as false and “slanderous.”

“He has no understanding of our case,” Schultz said in an interview Wednesday, adding that Vescovo is “smearing the reputation of a 30 year institution.”