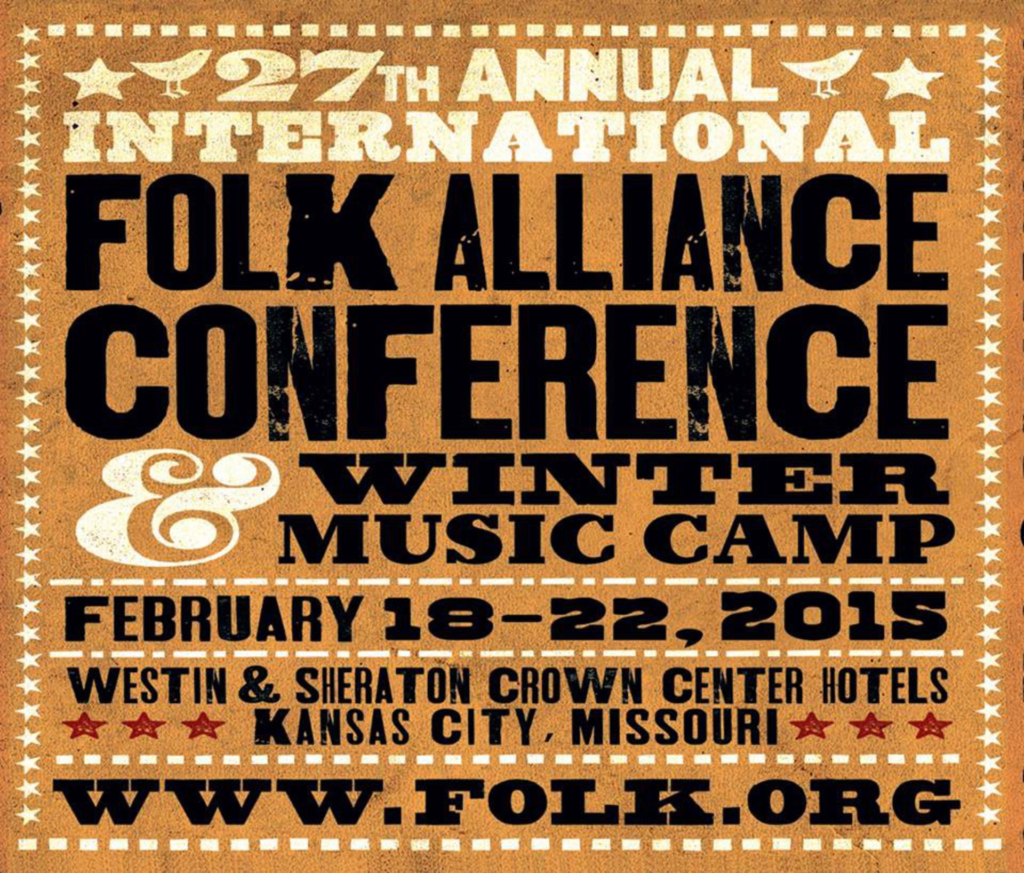 The 2015 Folk Alliance International Conference officially started yesterday, but that was largely the annual Wednesday-night local showcase. Tonight, the big fun starts. Hundreds of artists from across the globe have poured into the Westin Crown Center, and heaping quantities of them will be performing in official showcases in the evening and private showcases based out of hotel rooms in the afternoon and late-night hours.

It’s a mini-vacation of pure musical bliss, but sifting through all of the acts is a massive undertaking. Given the sheer bulk of artists, it can be hard to decide what to see. We dug deep to present six artists you should definitely make an effort to check out, starting tonight and going through Saturday.

On Thursday at 10:30 p.m., don’t miss guitar virtuoso Bill Kirchen. There’s a chance to see Kirchen and Redd Volkaert revisit last year’s guitar pull on Friday night, as part of the Winter Music Camp, but the opportunity to watch this man’s hands on a guitar up close and personal is a rare opportunity. Kirchen is also performing Thursday and Saturday at 12:30 a.m., so you’ve got no excuse to miss it.

Thursday night at 9:30 p.m., Peggy Seeger is playing a showcase in Century C. This is one of the most amazing things about the Folk Alliance International Conference: You have an opportunity to see a legitimate music legend playing the same intimate space as all the regular people. In addition to being part of the English folk revival, which brought back many traditional songs, Seeger’s original pieces like “Gonna Be an Engineer” have found their way into being classics of their own.

From Thursday through Saturday, Room 651 will play host to the Michigan Roots Music Showcase. We suggest checking out the Crane Wives either Thursday or Friday night at 12:30 a.m. The quintet has big, bouncing songs ready-made for stomping and clapping. The group’s two guitarists share vocal duties, frequently drafting in their drummer for three-part harmonies that are positively entrancing. Hearing these voices in a small room ought to be something for which you make a trip upstairs.

Keynote speaker Commander Chris Hadfield‘s talk at 1 p.m. Friday, February 20, is likely to be one of the best-attended portions of the conference. Commander Hadfield’s performance of the David Bowie classic “Space Oddity” racked up millions of YouTube views, and the Canadian astronaut’s TED talk has also been ridiculously popular. Given his rather unique perspective from miles above the planet, Commander Hadfield’s keynote is bound to be interesting. The astronaut will also be signing his book and performing songs on Saturday, February 21.

Estonian folk act TRAD.ATTACK! will be performing at quite a few private showcases over the course of the conference, but your best bet to catch them in their full glory will be at 10 p.m. Saturday night, in Century A. Despite the rather off-putting name, the group isn’t a Weavers-style folk trio playing traditional songs. Instead, they play acoustic guitar, mouth harp and bagpipes with the fervor of Gogol Bordello. It’s intense and surprisingly danceable.

In one of the final performances of the official showcase, Quique Escamilla performs at 10:30 p.m. Saturday in the Shawnee Mission room. There’s definitely a hint of Los Lobos in the way Escamilla mixes Tejano, blues, and country-rock, but there are also hints of reggae and gypsy folk. There’s not a video of Escamilla online which doesn’t feature people moving to his music, and his clear, soulful voice mesmerizes.

The 2015 Folk Alliance International Conference runs from Wednesday, February 18, through Sunday, February 22, with musical showcases Wednesday through Saturday. Information about the conference, including performance schedules, can be found at the Folk Alliance website.