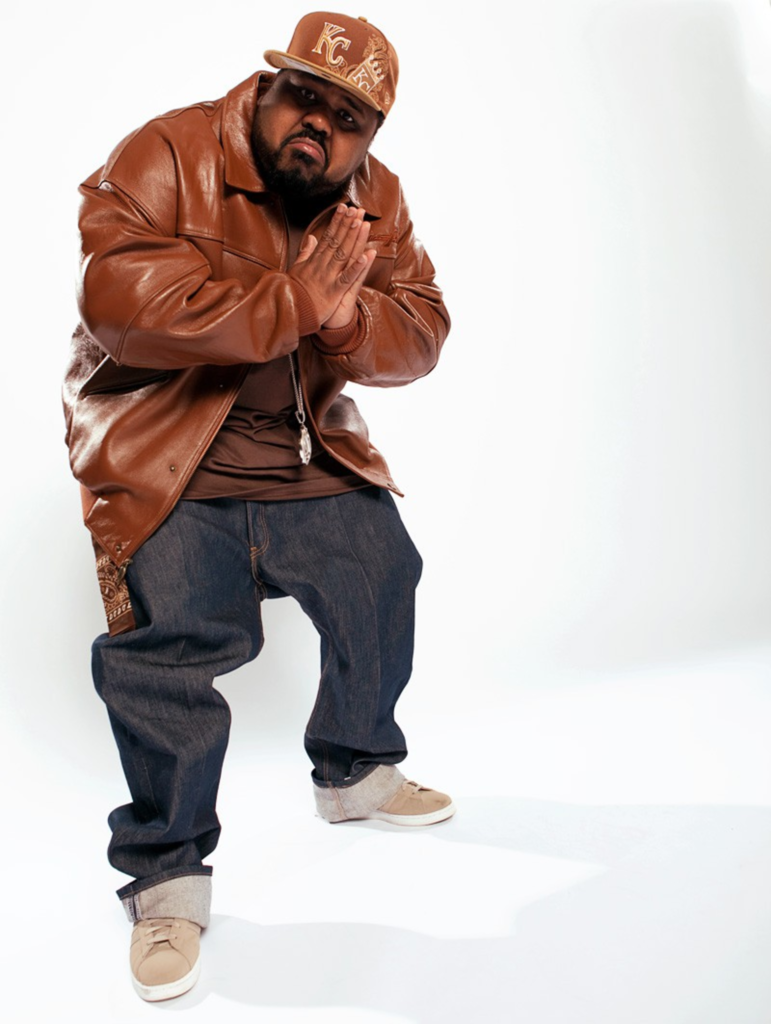 The stereotype of the successful hip-hop artist is marked by a rise from poverty and squalor to vast independent fortune. Naturally, then, rappers need an appetite for self-aggrandizement to make it in hip-hop’s ruthless business. It’s simple: To be the shit is to know you’re the shit.

Of course, there are the stray rappers who rep their work with an ironic twist. From the hypnotic free-association of Dipset and Lil Wayne to the violent, circular sweep of Three 6 Mafia, some of the best hip-hop is tailored for smoking, joking and cruising, not contemplation. It’s music for fighting and clubbing, with a melodic edge and a humorous bite.

Enter Big Scoob, the Kansas City MC whose tart rhymes are among the sharpest and funniest in Midwestern hip-hop. Big Scoob’s music puts a nostalgic spin on the 1990s rap that he grew up on — think UGK, Goodie Mob, and the Geto Boys — but its distinctive flow and lyrical content alternate between rueful and hilarious.

“The humor is a recent development, but that’s always been part of my personality,” Scoob says. “I’ve been told it’s very abrasive.”

Indeed, Big Scoob, whose given name is Stewart Ashby Jr., pulls no punches in conversation or on disc. He’s physically big — well over 250 pounds — and he sounds like it. His barreling baritone conveys breadth and focus. When Scoob raps a line like Getting off that contraband/Every day, tucking grands/Ducking on these suckers, man, as he does on 2009’s “Street Life,” he sounds truly frightening.

“If you a street nigga, nine times out of 10, you gonna end up in the pen,” Scoob says, echoing the misanthropy that informs many rappers. “If you listen to my album instead of just a track or verse, I tell you, you’re not gonna buy the latest cars or clothes without the consequences.” Scoob is acutely aware that material wealth isn’t enough to save people from themselves.

“I like storytelling and heartfelt music,” he continues, citing Houston rhymesmiths Scarface and Z-Ro, two artists who relay deep emotion. “You hear that pain throughout my music.”

One of Scoob’s themes is the reconciliation of pain and pleasure. His rhymes sometimes feel superficial — he indulges in clichés about liquor, weed and wood-grain steering wheels — but there’s always a sense that weightier matters burden him. Both of his albums, 2009’s Monsterifik and this spring’s Damn Fool (released May 3 on Kansas City’s independent label Strange Music), resonate with hints of a stormy childhood with an abusive father and a drug-addicted mother. “I saw my father hit my mom,” he recalls. “I saw my mom strung out on drugs.”

Unlike many MCs, Scoob would rather discuss his insecurities than his hustling past. He mentions his initial trepidation upon signing with Strange Music two years ago. That local label’s flagship artist is the horrorcore-leaning, self-anointed Juggalo Tech N9ne. Scoob’s hard-charging crunk anthem “Akka Damn Fool” showcases his talent for humorous asides and skittering hooks on the recording, but his presence live is relatively taciturn, especially next to his more flamboyant labelmate.

“Shit was terrible,” he says matter-of-factly of his early performances. “It was my first tour, first album — it was a lot of firsts. I didn’t see how I was gonna fit in with their demographic.”

Tech N9ne persuaded Scoob to emerge from his shell. “Tech was like, ‘Put more of yourself in your music,'” he recalls. While on tour with rappers such as DJ Muggs and E-40, Big Scoob the comedian was born.

Tech N9ne’s quirks are well-documented: He dyes his hair red, wears a straitjacket, endorses Slipknot. And until about four years ago, he was addicted to Ecstasy. Scoob admits that he prefers artists who are a bit more grounded in reality. “I fucks with Jay Rock, Glasses Malone. Messy Marv is a fuckin’ icon,” he says. “But I turn on BET, 106 & Park, and it kinda scares me.” But Scoob says he pays only minimal attention to new rappers. “I don’t like listening to other people’s music while I’m writing,” he says.

Scoob, a KC native, has been a member of the hip-hop community since 1997, when he joined the rap crew called 57th Street Rogue Dog Villians, but his homegrown pride is mixed with dissatisfaction with an under-promoted local hip-hop scene. “Music has grown in Kansas City tremendously, but burnt CDs, plastic jackets, no bar codes — that annoys me,” he says. He advises local artists to sharpen their business skills.

“I came up on E-40, Master P. They was record-­sales people,” Scoob continues. “Technology in the game has evolved tremendously. You have to learn to keep up: converting files, MP3s. You have to step your Twitter game up, step your website game up. It’s kept me grounded. The goals are more attainable.”

“I don’t think it would alienate my fanbase, if that was to happen,” he says. “My whole plight is to feed my family and uplift…. I need cash. So if MTV got wind of me, I’d be fine.”