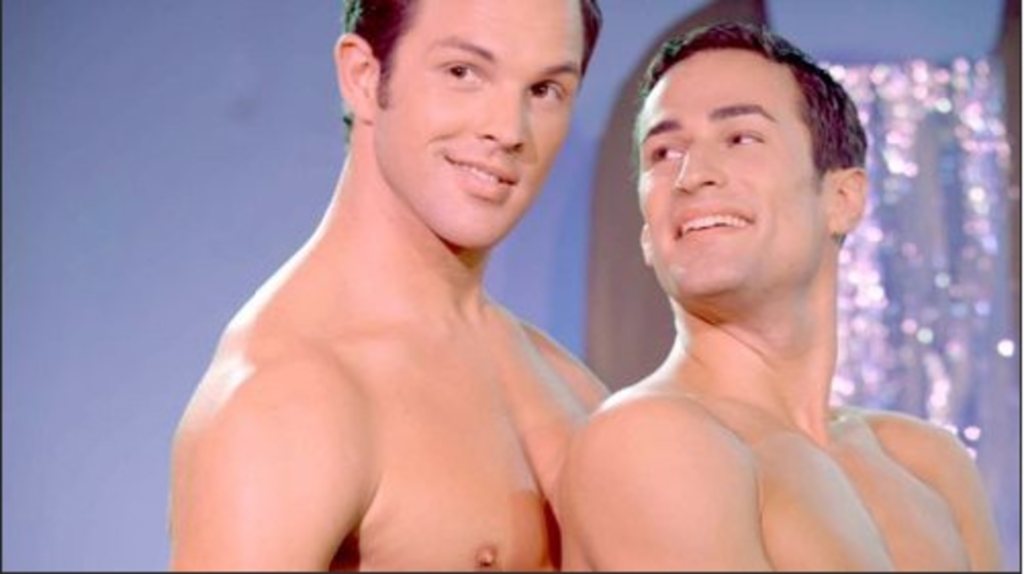 Heath Ledger and Jake Gyllenhaal macking on the silver screen in Brokeback Mountain opened some people’s eyes to the existence of gay cowboys. Gays in musicals may not need to enlighten the populace to their existence, but The Big Gay Musical, now in a three-day engagement at Tivoli Cinemas (4050 Pennsylvania), puts a cinematic stamp on gay theater. Writer and co-director Fred Caruso adapted his stage play Adam and Steve Just the Way God Made ’Em into this comedy about the struggles of being gay, including a character that comes out to his conservative, religious parents. Despite taking on the right, Big Gay Musical has yet to draw the ire of the likes of Pat Robertson, much to
Caruso’s chagrin. I pray to God every day that he will start talking about me,” Caruso says. Heavy topics aside, don’t expect a downer. “It’s campy and crazy and over-the-top,” Caruso promises. See the trailer at kcgayfilmfest.com. Call Tivoli Cinemas at 816-561-5222 or see tivolikc.com for showtimes and tickets.