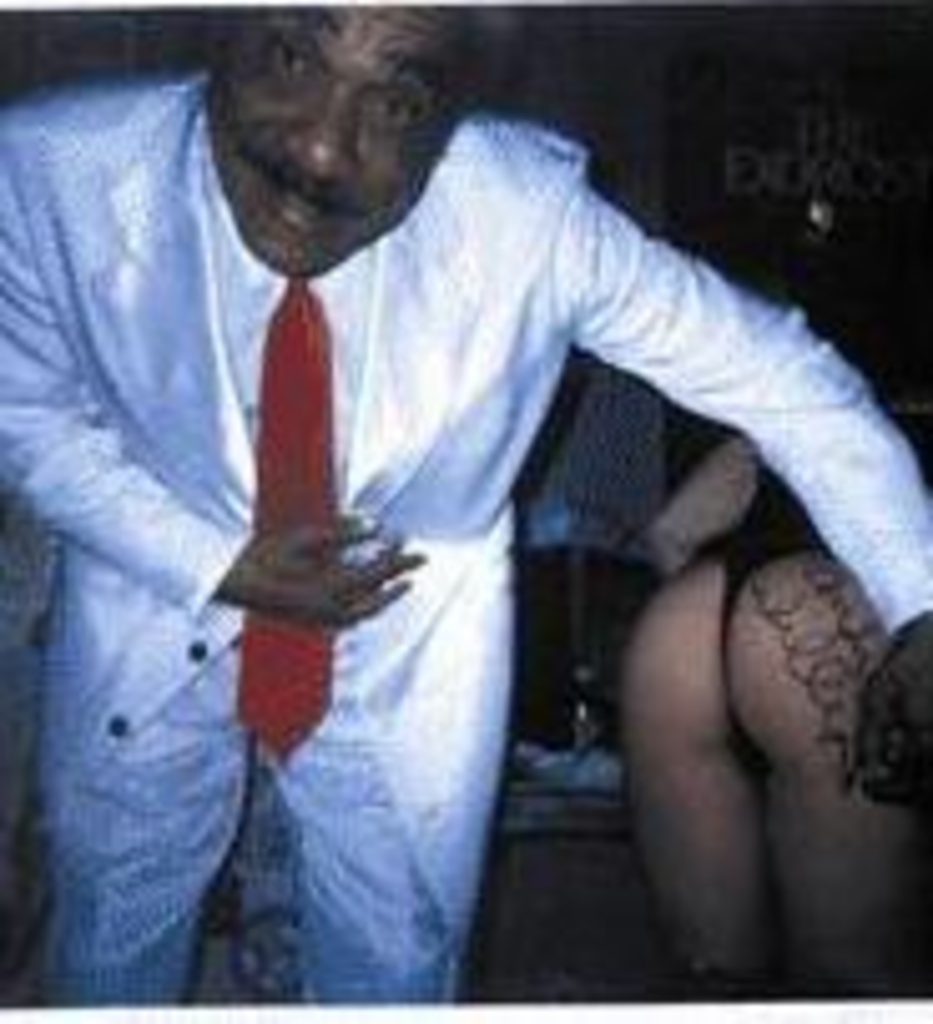 Andre Williams — the godfather of rap, the last rock-and-roller, the don of dirty R&B — has lots of kids.

There are the five he sired himself, who have mixed feelings about his music. “They hated it — they didn’t even want to be represented by it,” Williams says from his home in Joliet, Illinois. “They didn’t come to my shows because I was singing about “Let Me Put It In” and all that. But it was sending them to college, and they was bourgeois. Now that they’re 34 and 35, they understand what it took for me to get them some brains in their heads.”

And then there are Williams’ other kids, his audience. “It’s the same sort of 18-to-25 age range, the same one he had in the ’50s,” says Mick Collins, leader of Detroit’s garage-rocking Dirtbombs and erstwhile Williams producer.

There are differences, though, between Williams’ audiences, then and now, though he hardly seems to mind: “They’re whiter and they’re richer, and they love Andre Williams,” Williams says.

So what is the sound of the hippest septuagenarian on Earth? As a producer in Detroit in the ’50s and ’60s, Williams recorded citified doo-wop tunes, gutsy R&B, and woozy tracks such as “So Strange” that long preceded Frank Zappa in the oddity department. As a lyricist, he can be as graceful as Chuck Berry; he once sang, My tears are the tears of a one-way romance/Didn’t I deserve a backward glance? And as a dirty old man, he has recorded filthy tunes such as “Let Me Put It In,” “Pussy Stank” and “Sling It, Bang It and Give It Cab Fare Home,” backed by a dust cloud of stalking rock, courtesy of Collins.

If that’s not eclectic enough, he’s also a dedicated country music fan, a distinction not necessarily common for a black man born in Chicago in 1936. But it does reflect his roots: Sent to live with his devout grandfather in Alabama when his mother died, he heard music only when he was out working the fields. “While I was looking at that mule’s ass, plowing that dirt, the boss would come down in his truck, and he’d have Hank playing on the radio, and that was my first music,” Williams recalls.

And then there’s the oft-repeated (but mysteriously originated) title: godfather of rap. Williams began recording “talking” R&B tracks in the ’50s — most famously the fragrant dance-craze travelogue “Bacon Fat” — but he didn’t invent rap any more than Bo Diddley invented punk. The speak-singing he employs most of the time is a sly drawl and a crafty narrative, not a rhythmic flow.

“I’ve never been a vocalist, and I’ve never subscribed myself to be one, because a vocalist, once they can’t hit high C, they don’t have a job. But Andre can walk in and hit low Q. I’m an entertainer.”

And there’s the key: What “the kids” have responded to for five decades is the crackling, oddball, Gomez Addams-like charisma of a great showman. “You got to sing it, talk it, dance it. You got to be a monkey, a hunky, a donkey,” Williams explains.

There are plenty of external reasons that a performer as agile and charismatic as Williams should be a cult hero instead of a star: The music industry, as anyone should know by now, is no meritocracy. But this is a man of 70 with the drive to belt and sweat his way through two sold-out shows on the same night at South by Southwest last March. He should have paved right over those bumps in the road. Unless, of course, Mr. Showman is possessed of one of those virtues that becomes a vice in the realm of showbiz.

Lo and behold, having shoveled shit for most of his teen years, Williams doesn’t take it from anyone. “As soon as I left Alabama, I quit taking orders,” he says.

His history speaks of the kind of prideful talent that industry people label “difficult.” Between 1956 and 1960 alone, he had five separate combos, including the Don Juans, the Five Dollars and the Five Thrills. Later affiliations with some of the most famous faces of ’60s R&B, though, were not long-lived. “I respect Berry Gordy, but I didn’t like him,” Williams says, “and I liked Ike Turner, but I didn’t respect him, in the same context.” More recently, Williams’ studio collaborations with Collins seem not to have been entirely a picnic. “I can’t understand why he don’t want to produce me anymore,” Williams says of Collins, whose work on 1998’s Silky and 2000’s The Black Godfather helped reanimate Williams’ career after decades of stagnation. “Maybe I just gave him a hard time in the studio, but I love him to death.”

“It’s very structured,” Collins says of working with Williams. “We probably spent two weeks just getting the arrangements the way that he wanted them.”

Collins has his own take on the tough-to-define Williams. “His biggest influence on music has been his sheer longevity,” he explains. “I mean, he’s still standing. He’s still doing what he’s doing. He’s still drawing a crowd. He’s still making records.”

“Here’s the key, man,” Williams says. “I got these young kids that love Andre Williams. I’m a blessed man. It just happened that I had the genes to be able to get up and kick ass.”