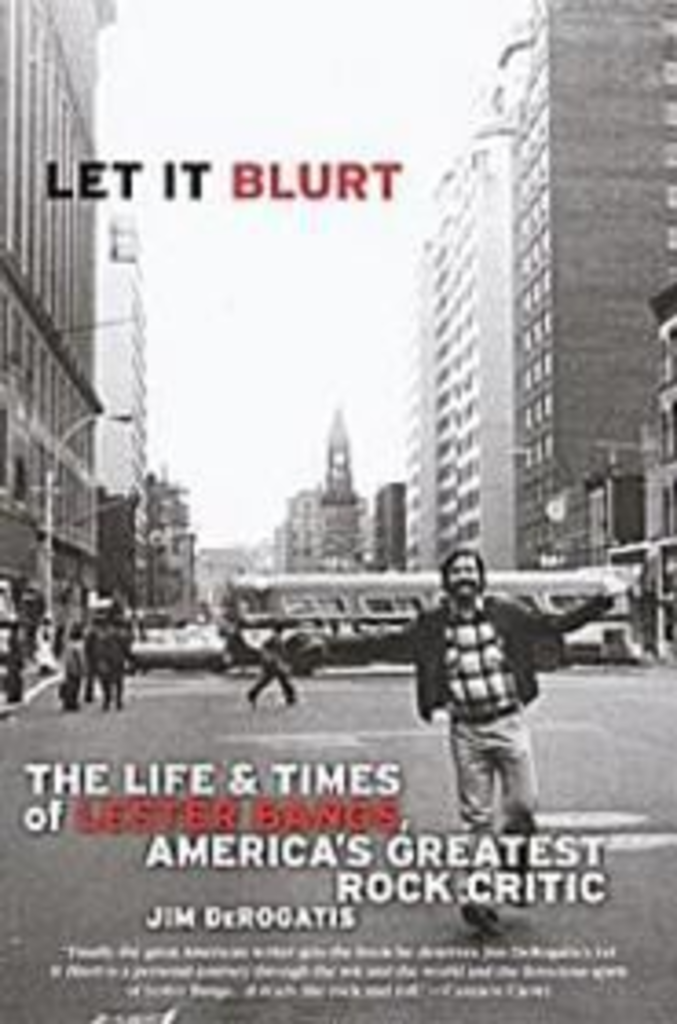 I started out making tapes for people in junior high, trying to inflict my taste on others even as I struggled to find it for myself. I went through an all-classical stage, then an all-crap stage (which I recall with pleasant nostalgia — summers of Q104 and the public pool). And I’m not protected from the trickery played by poltergeists from those pasts: a rainy afternoon listening to Mozart’s requiem mass, or a stolen moment with a Thompson Twins song before feigning disgust and turning the radio dial.

When you start imagining that your opinion matters to anyone but you, you either enter politics or write for Rolling Stone. It’s important to separate the notion of writing about music from that of disseminating advice. I don’t think of my reviews as anything like counsel; I either share an enthusiasm or make fun of something that deserves none. I don’t believe my opinion is important, just that it’s true. Of course, our mailbags and online bulletin board indicate that I’m not in much danger of swaying mass opinion. And as I have written here before, I am willing to grudgingly change my mind given proper evidence contrary to my initial remarks.

There’s nothing wrong with being a little fickle in this hack trade. I learned that by reading and re-reading Lester Bangs, rock criticism’s first martyr and only true laureate. No, this isn’t going to be another long piece devoted to Jim DeRogatis’ excellent new Bangs biography, Let It Blurt. Plenty of those already have appeared in national magazines and on the Internet, written by people with a tenth of Bangs’ talent — but 10 times his ambition.

Bangs wrote constantly, it’s true, and wrote for a hard living. But he wrote out of joy or pain or giddy, half-exhausted inebriation from this or that substance (one of which eventually killed him). Had he toiled from the current media’s perch, he might have felt compelled to protect himself by averting his critical gaze from such lesser lights as The Guess Who or midperiod Lou Reed. No one publishes rants about waning talent anymore — there’s too much rising algae to scrape off the surface of rock’s stinky pond. Even when he wrote negatively of a musician, the prose was blistering hot and ended up making a case for careful examination of his prey. If he ever dismissed anything, you won’t read about it.

Instead, he devoured music like a tapeworm spinning through intestines. To Bangs, but to seemingly almost no one since, being offended or misled caused explosive reactions as entertaining and persuasive as his febrile eponymous rave for Van Morrison’s Astral Weeks. When Bangs wrote about Astral Weeks, he was reflecting on it a decade after he first played it, testifying to the shattering power it had from day one. Bangs mentions a performance he witnessed when Morrison cried out, “It’s too late to stop now!” That plea summons Bangs’ most succinct statement of purpose, about his work, about music, about life: “It’s the great search, fueled by the belief that through these musical and mental processes illumination is attainable. Or may at least be glimpsed.”

That search, if you read a fragmented list of his personal record collection (Bangs died two years before CDs emerged), ushered the writer from Frank Zappa to John Coltrane and back, through the bowery to CBGBs and into depressed Great Britain to earn bounty for bringing The Clash to America. He railed and frothed, sometimes inscrutably, but he never sighed the way I’m often tempted to. Could Bangs have predicted MTV and the current boy band jamboree that makes castrati out of us all? Would he eventually have exhaled his baffled disapproval instead of shouting a canny defense or damning crucible?

It’s easy to romanticize poor dead Bangs, the Andy Kaufman of the early music press, a Cheshire cat whose smiling prose remains where the flesh has vanished. He carved out his living at the exact right moment, when the battles were obvious, if not simple. (That is, he lived to see Elvis die on a toilet and Johnny Rotten promise more than The Sex Pistols could deliver, and he wrote about Blondie and played Abba at home instead of taking easy shots at disco. He preferred picking a fight to joining a brawl.) He wrote before satellites turned the solitary or sexually communal act of playing a record into a priapic clusterfuck that comes only when someone waves cash. Bangs would have come down hard on Napster, not for reasons of piracy versus expression but because downloading turns music into a static experience, a mercantile issue. You’re not supposed to sit still when you listen; if you do, you at least shouldn’t feel still.

It’s also easy to step into Bangs’ footprint and say you’re a follower, a keeper of the critical flame. DeRogatis’ book has revived interest in Bangs, brought people out of the woodwork to comment on his worth. But his legacy is in doubt because even those like me who idolize Bangs often fail to read past the caustic mirth; we try to be funny, scornful, passionate — sometimes at the expense of the truth. Bangs wasn’t shy about what moved him, and he wanted not just to point it out but also to jump on it and lick it like a dog on a warm crotch.

Music continues to sustain me, even move me, but I admit that I sometimes can’t resist the temptation to keep to myself the absolute best things. That’s not to say I don’t write about what I love, but I don’t always tell you the really personal stuff, which is what Bangs did without his color rising or his ego falling. It may seem as though musicians have the market cornered on ego, but, you know, it takes a pretty stripped-down psyche to record and perform music, one not hobbled by fear of exposure. Bangs wrote the way a good musician plays, unencumbered by that doubt. And even the most dispensable artists deserve the kind of attention, good or bad, that he offered so involuntarily. Anything less is just jerking off.