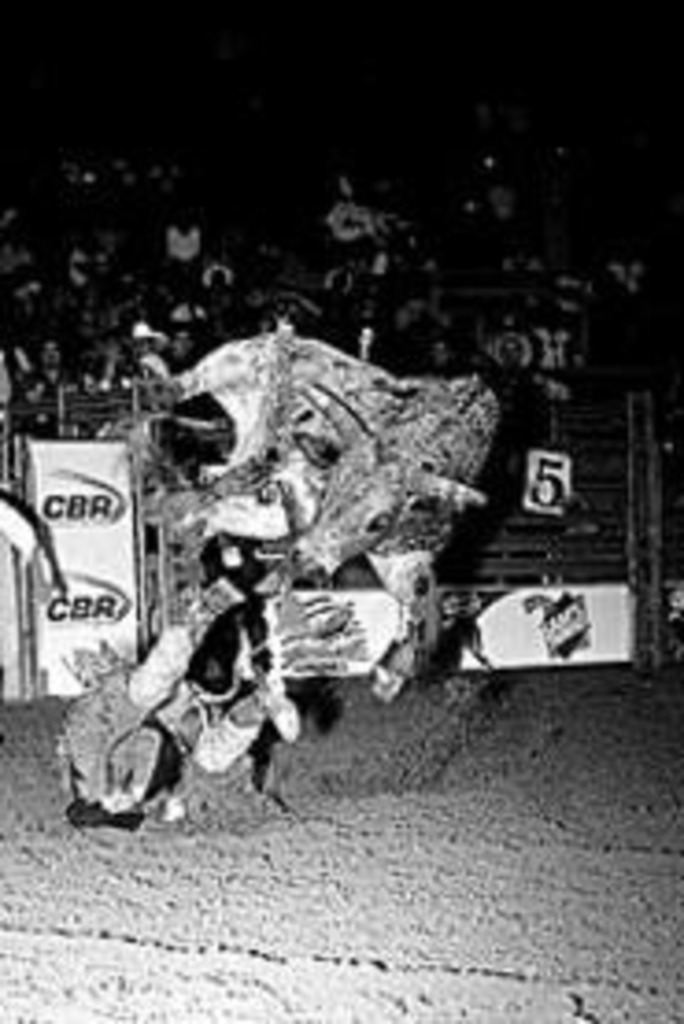 There’s no reason us city folk can’t go to the SuperBull Tour Championship Bull Riding World Finals Friday and Saturday at Kemper Arena (1800 Genessee). We don’t need cans of Skoal in our pockets to enjoy watching a cowboy cling to a rope tied around a twisting, snorting 2-ton mass of enraged beef before catapulting off as a rodeo clown risks his own ass by distracting the murderous beast to keep it from trampling the recently dismounted buckaroo into a bloody tangle of limbs. And considering that a mere $25,000 in prize money is divided among the few courageous cowboys who most artfully manage to stay on their bucking bovines for 8 seconds, we know this is a sport worthy of universal recognition, not to mention comparison to the gladiatorial contests of ancient Rome. It’s heartening to know, then, that a rich reward awaits the bull riders who make it to the national finals in Las Vegas in December, where the prize pot is $2 million. But even if none of the boys who strap on spurs this weekend advance to the finals, they can still take us for a ride. For more information, call the American Royal at 816-221-9800. — Jason Harper

The Independent Women’s Football League provides more evidence to support the argument that men are becoming obsolete. After all, the independent in the name comes before women, not league. Besides, if the league had been called the WIFL, there might have been domestic connotations. Along with the 24 other teams in the IWFL, the newly licensed Kansas City Storm shows that women can get down and dirty at third and goal just as intensely as their male counterparts. “Giving women the chance to don pads and cleats and compete against other women is an awesome feeling,” says the club’s president, Nance Wernes, who grew up playing football with neighborhood boys.

The last opportunity for women 18 and older to try out for the Storm is 8:30 a.m. Saturday at the track field of Kansas City, Kansas, Community College (7250 State Avenue). No special equipment is necessary for the tryout. Call Wernes at 913-402-8294 for more information. — Harper

Astronomy Fix
What’s so amazing that we keep stargazing?

SUN 10/24
Mount Oread on the campus of the University of Kansas may not be as close to the stars as the Hubble telescope, but it’s pretty darned lofty for this flatter-than-a-pancake state. Weather permitting, the Astronomy Associates of Lawrence holds a monthly open house to brush up on constellations we haven’t seen since our grade school planetarium trips. The stargazing happens from 8 to 9:30 p.m. Sunday on the roof of Memorial Stadium (1101 Mississippi). The event might not be right for a romantic rendezvous, but we don’t have to be astrophysicists to know that playing with a telescope on the roof is bound to make for a stellar evening. Call 785-864-3166 for more information. — Julia Westhoff

10/20-10/24
The Yoga Studio (7785 Quivira in Lenexa) was way ahead of Hollywood — directors Suzette Scholtes and Karim Memi were practicing the exercise du jour before Lindsay Lohan was even born. This week marks the school’s 20th anniversary, and Scholtes and Memi celebrate with an open house from 5 to 9 p.m. Thursday and free classes Wednesday through Sunday. Considering how few of us are paid starlet salaries, we can’t complain. For details, call 913-492-9594. — Annie Fischer