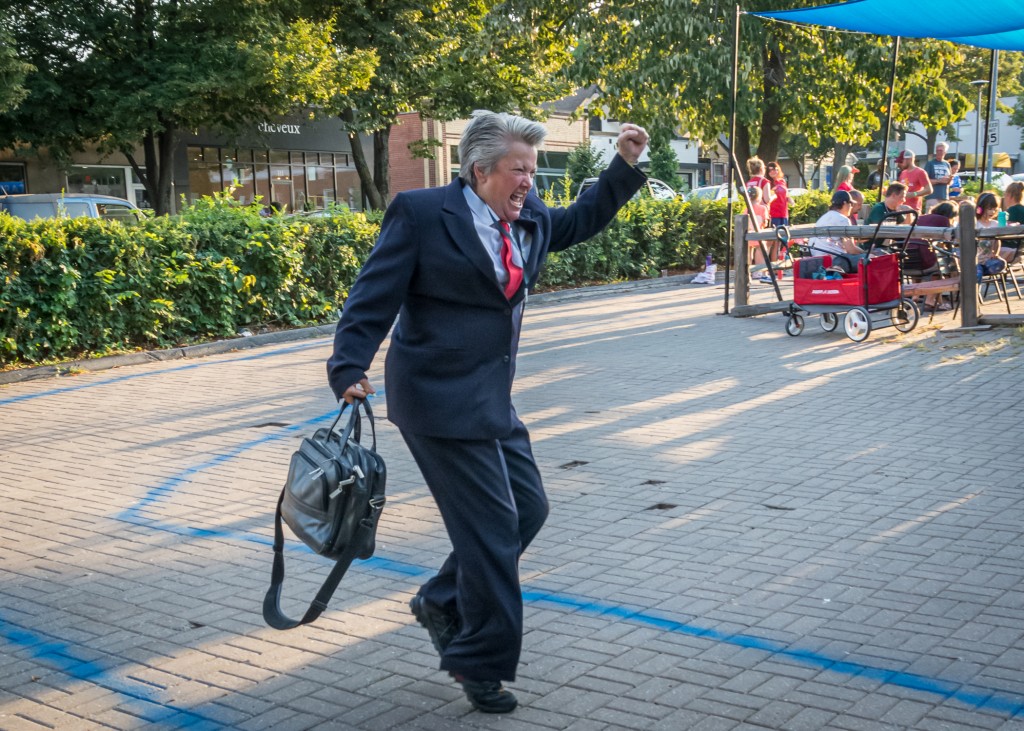 “Go woke and go broke!” is a saying that conservatives like to toss out whenever they see a small business supporting a progressive cause they disagree with.

The idea, of course, is that the risk for small businesses taking a stand on a social or political issue is simply not worth the cost. A small business can’t afford a boycott or to be called out on social media because they operate on too small of a profit margin. It’s a fear that keeps a lot of small business owners quiet, regardless of which side of the political spectrum they sit.

John Couture, owner of Bier Station in Waldo, is not most people. He openly supports progressive causes on the Bier Station social media pages and with fundraising events for causes he believes in. As he recently posed on Facebook by quoting Dolemite, “How high are the stakes and whose side am I on?”

It’s a quote that he takes seriously, as he explained on the sidelines of the First Annual Josh Hawley Fun Run (dedicated to raising money for causes Josh Hawley hates), which took place in Waldo at Bier Station last Thursday night. “Bier Station has been increasingly involved in causes, many of them progressive-minded, especially since Trump. Basically, we feel like big corporations can spend tens of millions of dollars to support candidates and the causes they believe in. We feel that as a small business we should be able to do the same thing and leverage whatever we can to make a difference in what we believe in and in what we believe we are,” says Couture.

The desire to make a small difference was the starting point for the event. They decided, as a joke, to put together a couple of silly games inside for people to play. The ticket price was $30 and you got a beer, a shirt, and $10 went to a charity. They made a social media post, and within 5 hours they sold out 150 tickets.

At this point, they realized their little joke had grown into an actual event. It was expanded with a choice of Hawley’s most hated charities, to be the recipients of the donations. “We realized we had to make it bigger within two or three weeks, so we basically expanded into our whole parking lot,” Couture says. “We just wanted to make it goofy fun for great causes that we believe in. Josh Hawley instigated it by just… being. Once we saw the footage of Josh Hawley’s cowardly running from the traitors that he basically egged on, we felt we had to do this.”

So, on a warm summer’s night, Bier Station regulars gathered to finish the lyrics of show tunes to support LGBTQ+ issues through the Human Rights Campaign, toss a condom for Planned Parenthood of Great Plains, or make it through the legal hurdles of the NRA to support Moms Demand Action for gun control. Environmental concerns were also highlighted at a putt-putt golf hole that proudly demanded that you “Sink the species” with a hole-in-one while raising money for National Resources Defense Council.

To ensure the safety of the participants, a hydration station featuring craft beer in shot glasses was set up mid-course. In an effort to be somewhat bi-partisan (because the owners of Bier Station like a spirited discussion), runners had to make it past the Flaming Liberal Avocado Toast Man who spewed complaints about everything from San Francisco housing to the corporate takeover of craft beer in an attempt to keep participants from the finish line.

Other charities represented included Color of Change and Let America Vote. If you didn’t actively run the race, you were encouraged to go to the website of your favorite charity to donate as a spectator.

It was a small event this year, but a total of $3,250 was raised. More donations will go directly to the charities based on the spectator support.

Conservative Facebook critics declared the run “stupid,” and Bier Station quickly agreed. It is a stupid event inspired by a stupid act. Kim Hersh, a participant who dressed like Hawley with a blue suit, red tie, and a briefcase says, “Sometimes, making fun is the best way of saying, ‘This is ridiculous.’”

Hersh donated her contribution to the Human Rights Campaign and was inspired to take part in this event by the recent change in abortion access in the Midwest.

Bier Station is already discussing plans for a bigger and better Josh Hawley Run next year, and perhaps every year that he is running for office—or away from it. 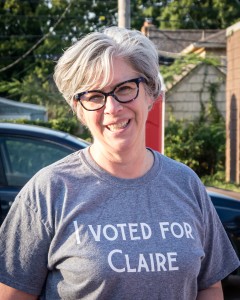 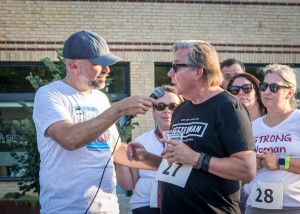 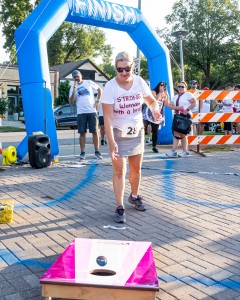 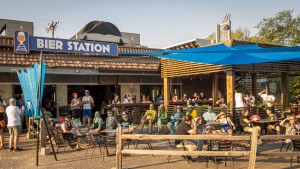 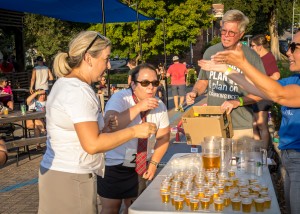 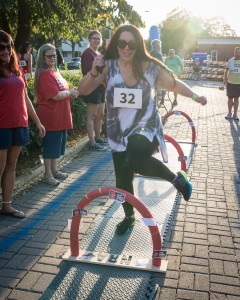 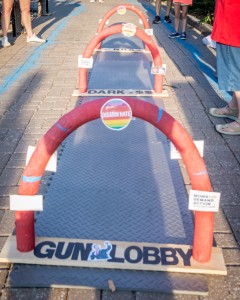 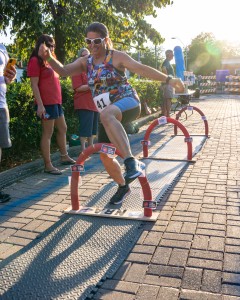 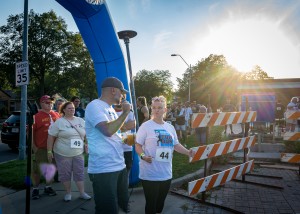 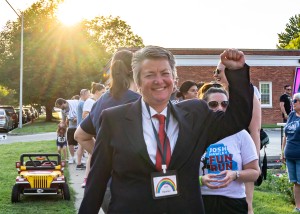 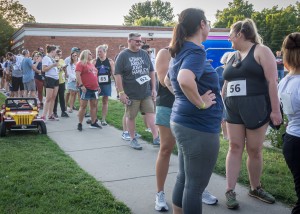 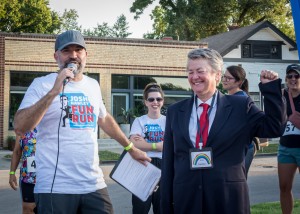 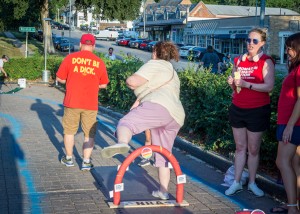 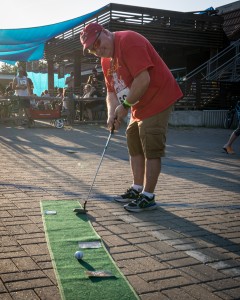 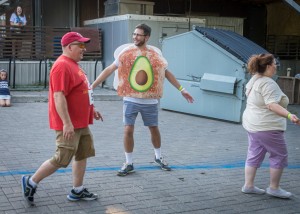 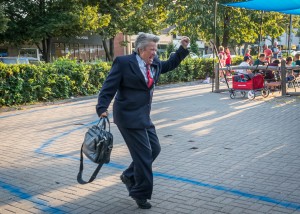 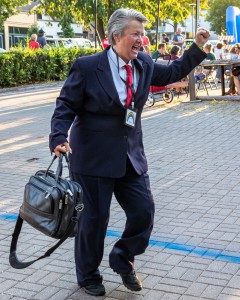 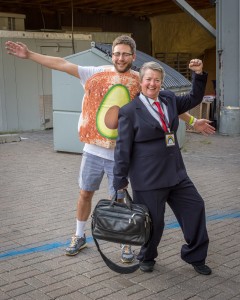 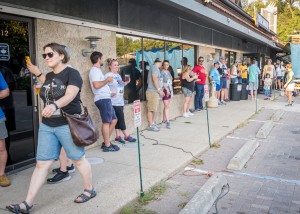 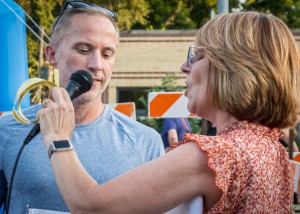 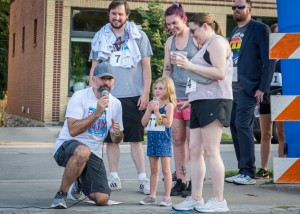 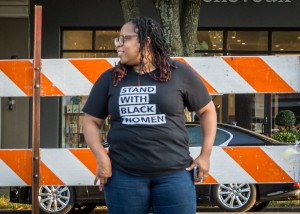 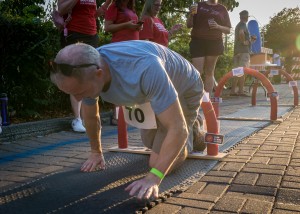 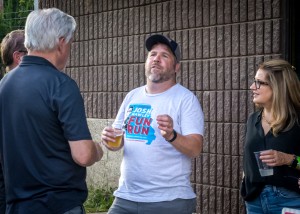 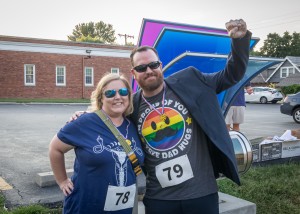