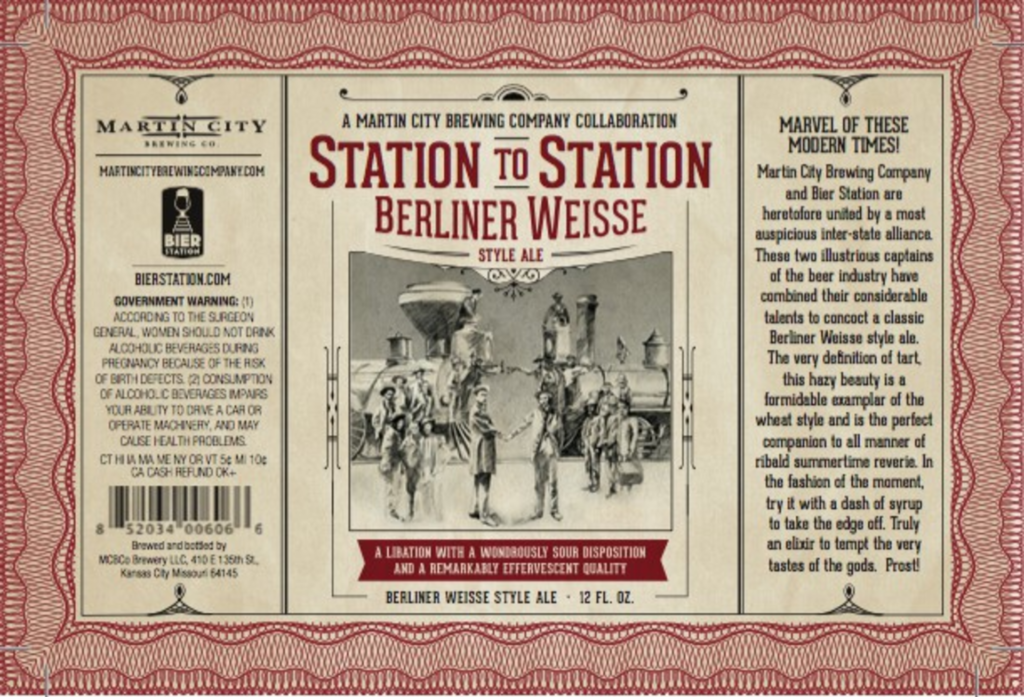 John Couture is excited, and he should be. Couture, the owner of Bier Station, is a few weeks away from tapping his bottle shop and beer hall’s first collaboration brew.

Look for the low-alcohol beer to be served with the flavored syrups (Woodruff or raspberry), just as it is in Germany, to cut the tartness. Couture says he’s testing other, nontraditional syrups to pair with the beer.

“We’re going to have a variety of flavors for people to try,” he says.

Also, Courture plans to pair the pale beer with a traditional goblet-style Berliner Weisse glass. Limited quantities of the glassware will be available. So will straws.

Moore called Couture in March on other business but asked Couture if he’d want to collaborate on a future beer. Couture’s answer: “Absolutely.”

“He’s been so good to this beer community with what he’s done down there,” Moore says.

Moore says the beer has been a hit with MCBC’s brewers, who have been regularly tasting the beer. So you can see why Couture is so excited.