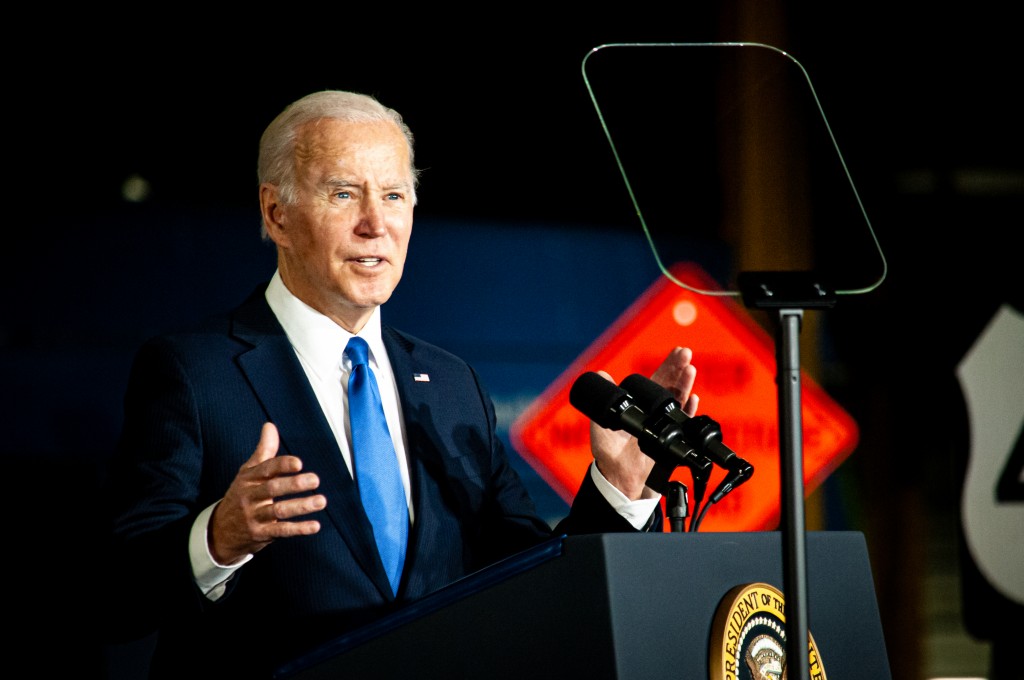 Joe Biden speaks in KC regarding his infrastructure plans on Dec. 8, 2021. // Photo by Chris Ortiz

President Joe Biden touched down in Kansas City just before 1 p.m. December 8 as his entourage made its way to Kansas City’s Area Transportation Authority, where the President was slated to discuss the $1 trillion infrastructure package he had signed into law last November.

Biden started his afternoon with a tour of the KCATA facility just after 2 p.m. and took to the podium to deliver his keynote speech at 2:50 p.m.

He opened those remarks with a tribute to the recent passing of former U.S. Senator from Kansas, Bob Dole.

“We will rebuild this country,” Biden told the crowd, adding that “95% of the jobs created by the infrastructure bill don’t require a college education.”

The focus of the package will be to better conditions for blue-collar workers. Biden listed elder care, housing, and “meeting the moment of climate change” among the key priorities his administration intends to address.

Regarding the massive price tag attached to the bill, Biden stressed that nobody making less than $400k per year will not see “a single penny” of their taxes increased.

“I promise you this: I believe 50 years from now when historians look back on this moment, they’re going to say this was the moment that America won the competition for the 21st century,” Biden says.

Biden also touched on subjects including KC’s electric bus expansion, improving roads, and access to broadband internet for all. The president also pointed out that all of the signs and banners hung in the venue for the event had been made by local union workers.

All photos by Chris Ortiz: 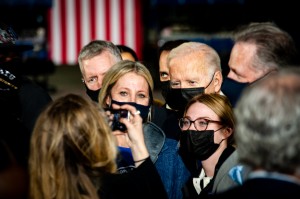 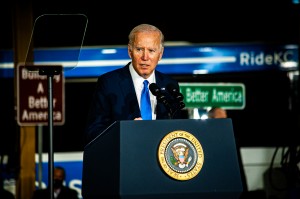 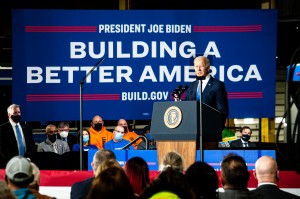 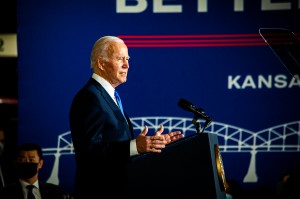 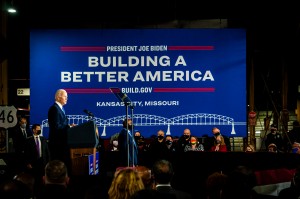 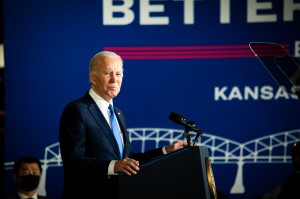 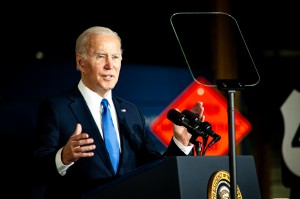 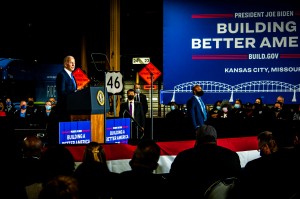 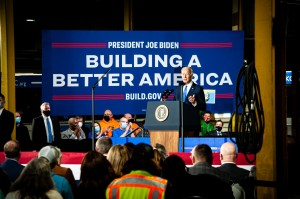 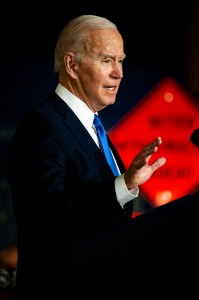 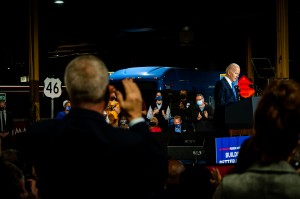 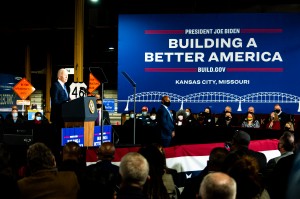 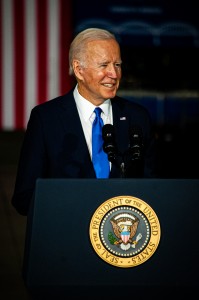 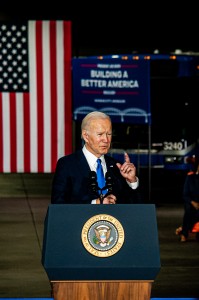 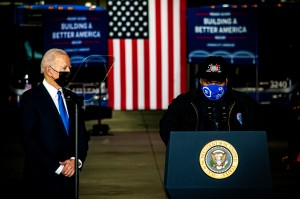 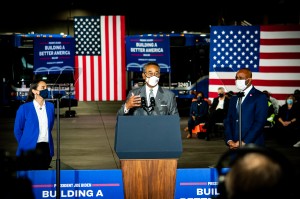 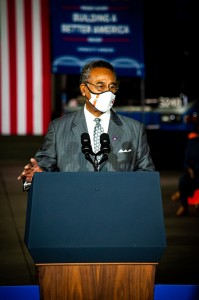 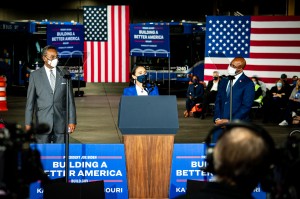 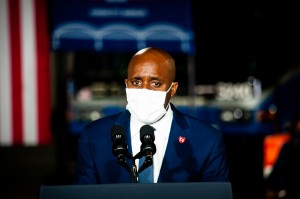