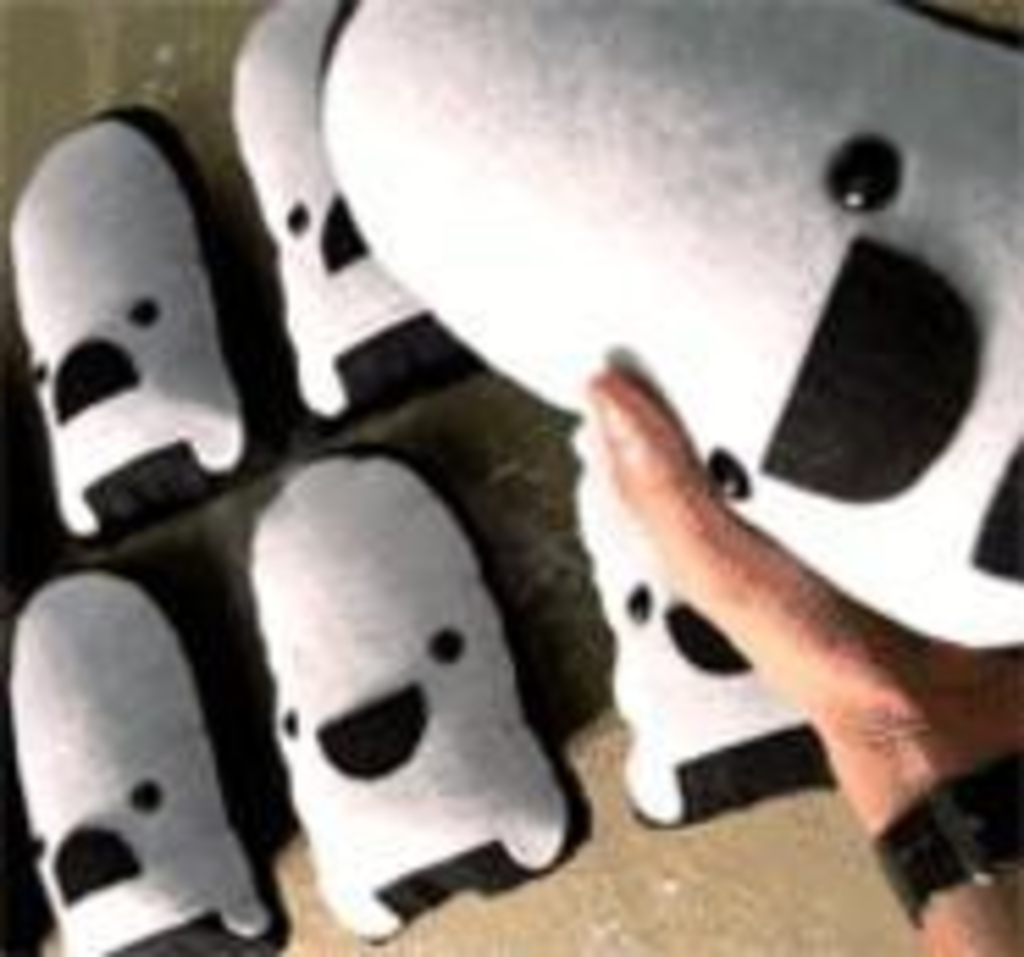 Lately, we’ve been noticing a little creature everywhere in midtown. It’s a seal-like white thing with a placid expression. We’ve seen him on the side of an old, olive-green mailbox that’s no longer in service. We’ve seen him hanging out on buildings, incongruous next to graffiti tags.

That incongruity is exactly the point, says the creature’s creator, Kenny Kim, a senior at the Kansas City Art Institute. And, Kim clarifies, the strange dude’s name is Ted, and he’s a polar bear, not a seal — or a ghost, as others have guessed.

“When you see them [drawings of Ted] around town, I want people to think, ‘What the hell is that doing there?'” Kim says. “We’re bombarded with advertising and graphics, but somehow people pick Ted out and notice him, which is pretty cool.”

“I like aesthetics that take me back to childhood, and there’s something simple and playful about Ted that takes me back. I wanted to break him down to his raw essence, where something is highly abstract and not realistic at all,” Kim says of Ted’s new image.

Maybe that’s what caused the ghost-seal confusion. But it isn’t just Ted’s looks that have evolved. He has also moved from one dimension to another.

Kim has started making stuffed versions of Ted and Chewy (another character, this one based on a dog Kim used to have, a poodle mix). His first attempts were a little crude, just stencils on cheap felt with a squeaker inside. Kim made them because he wanted to do something else with his characters and was curious to see them in three dimensions. After initially creating 15 dolls each of Ted and Chewy, Kim started Two Dolls, essentially a line of stuffed animals.

The dolls are all hand-sewn from felt and stuffed thick — “My girlfriend showed me the technique,” Kim says — and their eyes are shiny black buttons. The flagship characters now have friends: There’s Man-eating Pickle, a lime-green, cucumber-shaped guy with blood dripping from his fangs that Kim has been painting for a while. Man-eating Pickle is joined by Squid, whose pink tentacles are adorned with felt dots, and Brown Guy, a “completely freestyle character,” Kim says. “I was going to do a self-portrait, but this is what happened.”

Two Dolls’ characters come packaged on boards with sharp graphics. And Kim’s effort has inspired a collect-them-all feeling that he can’t quite explain. “What do people do with these?” he wonders before recounting the story of how he once printed up large posters with animals on them and sold them for a few dollars apiece. “I made $80, and I don’t know what anyone did with them.”

But Kim has no time to investigate such matters. He’s too busy with schoolwork and with exploring options for where Ted could go next.