Best of the Midwest 2 is coming to Bier Station Saturday, December 27 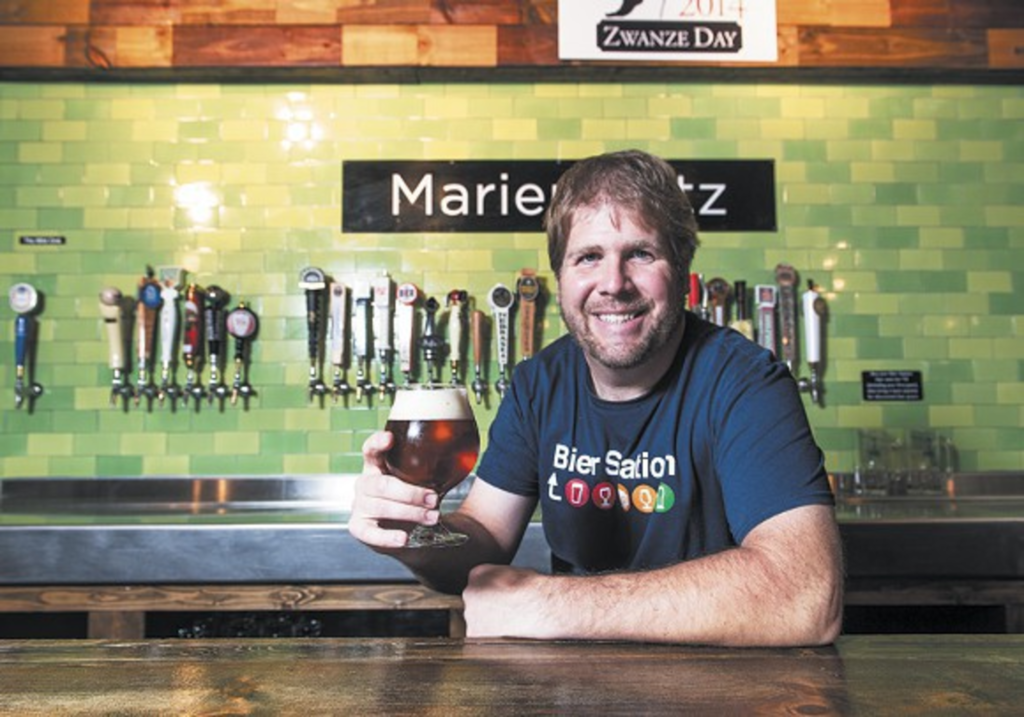 Consider it a late Christmas present. Bier Station’s Best of the Midwest beer fest returns Saturday, December 27, and this year’s lineup is a jaw dropper.

On one of the 28 taps will be Perennial Artisan Ales’ 2014 Abraxas. That would be enough to please any stout lover, but there’s more to love. Bier Station will also have a 2014 barrel-aged Abraxas.

Bier Station owner John Couture says he expects the barrel-aged Abraxas keg to blow first. And after that, who knows? Couture expects the whole day, which starts at 11 a.m., to be “insanely crazy.”

The Best of the Midwest is a bit of an anniversary party, but Couture looks at it more as a celebration of Midwestern craft beer — “one special day a year to show off the best beers that we can find in the Midwest,” he says. The lineup will include Torn Label Brewing Co.’s Alpha Pale, a “massively hopped, sessionable pale ale,” and the KC tap debut of Quadjillo, a Belgian-style quad brewed with Guajillo chilies. There will be firkins from Tallgrass (candy-cane Vanilla Bean Buffalo Sweat) and Prairie (a surprise).

Couture isn’t sure how long the kegs will last.

“The good thing about it is, when there are so many good beers and most people are doing smaller pours, you can really stretch out the life of the kegs throughout the day,” he says.

But will they survive into Sunday. Couture isn’t sure.

Note: There are no tickets. There’s also no cover charge. Bier Station is offering regular and 4-ounce pours for all taps (limit of two 4-ounce pours at a time per person; no flights).

Couture is urging people to come throughout the day.

“I would say unless there’s a keg that you just have to have, I’m urging people to kind of spread out when they’re coming just because I think 11 a.m. is going to be crazy,” he says. “If you’re open to having some of these great beers, and you’re not dying to have one [in particular], come a little bit later. There should be some great stuff left.”