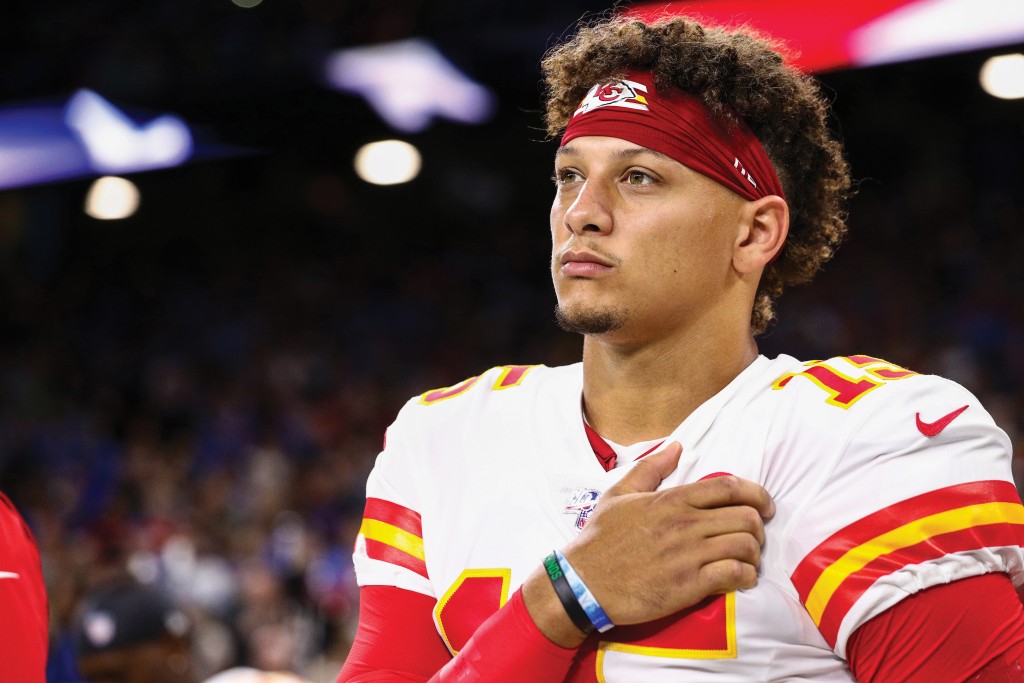 This month, we published The Pitch‘s annual Best of Kansas City issue. You can browse the results of the readers’ poll here. The issue also included a list, compiled and written by our editorial staff, of some of our current favorite things about Kansas City in 2020. We’ll be publishing these items online throughout November.

It’s been 50 years in the making, and while the world’s gone to absolute shit since the Chiefs defeated the San Francisco 49ers on Feb. 2, at least we got to have one truly perfect moment. The countless videos of fans going rabid at Power & Light and around the city as the game concluded is a once-in-a-lifetime feeling. We’re glad that no one has photos/videos of our personal reactions to the victory. Some of us were… well. We were a lot.

The ride the team took us on for the 2019 season is one we’ll never forget.

While starting strong, we were dragged back down to earth by the two strange losses to the Indianapolis Colts and the Houston Texans, followed by a dislocated right kneecap to Kansas City’s king, Patrick Mahomes, on Oct. 17 against the Denver Broncos. Remember that? Remember when we made a high school football coach our quarterback for a while, and he did a goddamned amazing job?

Then, Mahomes came back like nothing happened, and other than the loss to the Tennessee Titans in his first game since the injury, things returned to our normal rate of obliterating our opponents. The three-straight double-digit playoff comebacks against the Texans, Titans, and 49ers felt like a walk in the park to the team, but for the fans, it resembled the Mamba at Worlds of Fun. Scary, but 100 percent worth it. Would ride again; highest recommendation.

Our current season is shaping a path towards mega-victory yet again. Does it feel weird watching them play in front of 16,000 fans instead of 72,000 fans? Absolutely. Does it feel like something that shouldn’t be happening right now given the likelihood of an outbreak? Probably! But the fact that it’s happening is giving us a rush of normalcy that we need to make it through this hellscape. Nothing, and I mean nothing, has brought the city together like Patrick Mahomes, Andy Reid, Travis Kelce, Tyreek Hill, Tyrann Mathieu, Chris Jones, and the rest of the team. Here’s hoping that the next decade keeps that same line-up.

Will we win this year’s Super Bowl? If the season gets that far… absolutely yes. And if not, we’re not sure, but we think that means we just remain undefeated Super Bowl champions indefinitely. Long may we reign!

(As a footnote, scientists say that if the 49ers had won, and had a victory parade, the infection rate from the recently arrived coronavirus would have been a disaster with a death toll. So we’re still waiting on that thank you from SF, for kicking their ass and saving their lives all at once.)

Monarchs' reign to begin in May after COVID-19 hiatus