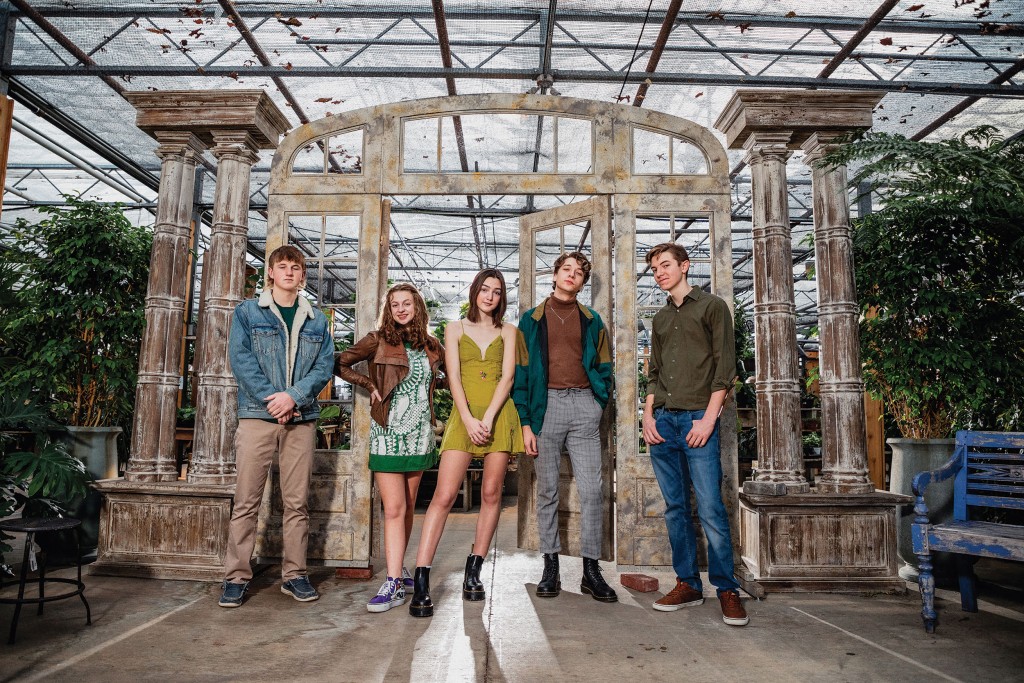 The members of Quite Frankly. // Photo by Paul Versluis

Though their latest singles show off a more mature sound, the members of Quite Frankly are only between the ages of 16 and 20 years old.

The band formed in 2017 after the five young musicians—Carolyn Armstrong, Eli Peterson, and Gavin Robert, Scout Matthews-Tveit, and Jolson Robert—all members of the Overland Park School of Rock, decided they wanted to play their own music and experiment with their sound independent of the organization. Pulling away from School of Rock caused some drama, but it enabled the band to grow creatively.

“We just hope listeners feel somewhat uplifted and seen by our music,” says vocalist Carolyn Armstrong. “Sometimes things are easier put into a song than said aloud. I want people to scream along to our songs in their cars and turn them up at parties.”

It should not come as a surprise that a band composed of young adults can so easily tap into the emotions many of us feel. Their discography, though slim right now, marks the beginnings of what will undoubtedly grow to become a powerful repertoire. “blue / red” and “Is This Still Even Fun?” belong on most any playlist, and Quite Frankly is on our list of beloved hometown bands.