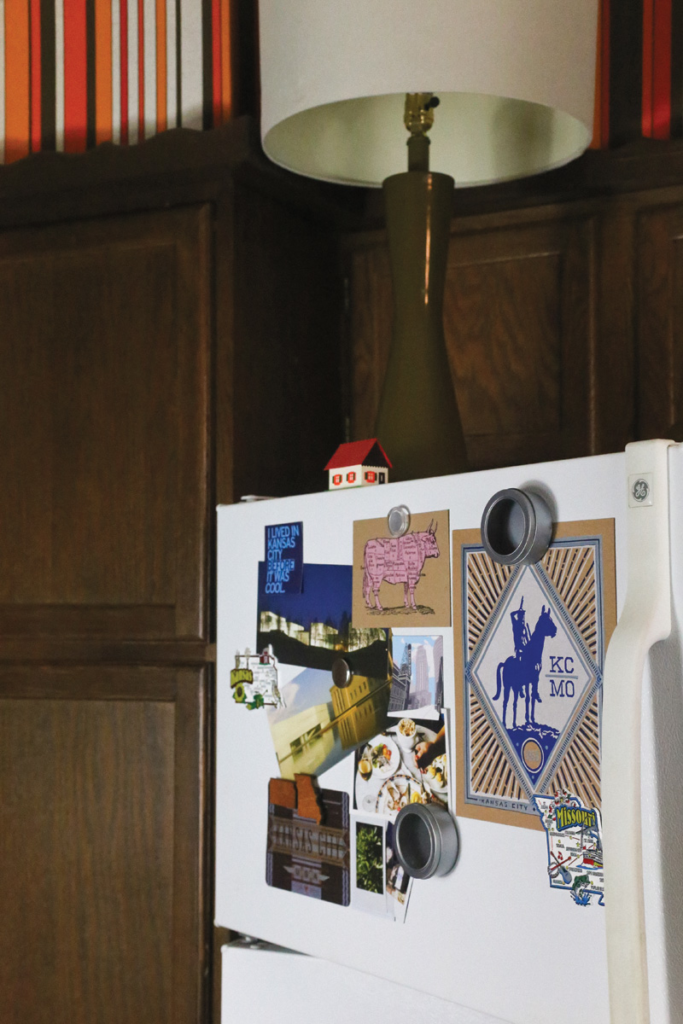 Much is made of the tenuous relationship between mail carriers and dogs, but it’s a beautiful thing when you witness blue-uniformed human and tan-coated animal fall in love. So it happened for Roger (last name not relevant to canines), the friendly mailman who makes the rounds at Pitch HQ, and Dusty (last name Rhodes, relevant to wrestling fans), ice-cube-loving rescue mutt. Two gentle souls, one steady supply of treats, a daily demonstration of Pavlovian response cued by the elevator’s noontime ding. Workers of every business at 1627 Main are glad to see Roger every day, but it’s the building’s surprisingly high proportion of four-legged office dwellers that appreciate him most. Woof. 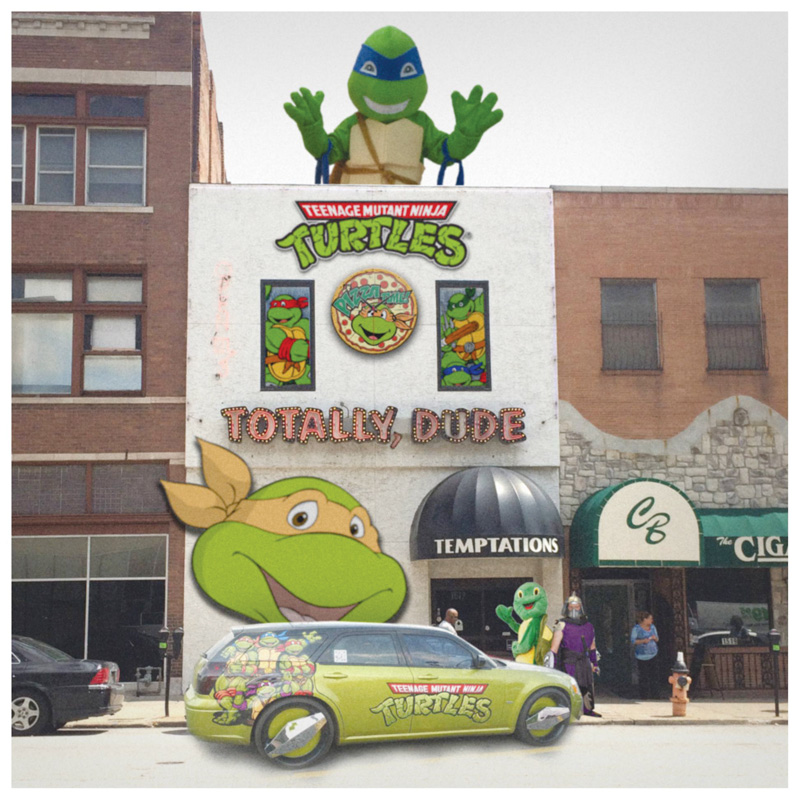 Daniel Billen blew up a small portion of the Internet — and maybe confused a few parents — with his Photoshop recasting of Totally Nude Temptations as Totally, Dude Temptations, a Teenage Mutant Ninja Turtles-themed pizza place. The reactions ranged from awesome to a terrifyingly unaware “Let’s take the kids there.” Uh, please don’t do that. Seeing Shredder in the Photoshop brought back nightmares of seeing Street Fighter walking the streets of KC. We’re holding out hope that the pizza-loving force of Donatello, Michelangelo, Raphael and Leonardo will someday toss New York-style pies behind a brand-new glass pane where today still dwells the unsightly part of Grand next to the Cigar Box. Until then, RecordBar pizzas will do fine.

At 15 acres, Colman-Livengood Park in Raytown is not one of the largest parks in the metro. But what it lacks in size it makes up for in activity. The shelters are usually booked on weekends in the warm-weather months. Teenagers play pickup games on the basketball court. A senior softball league uses the ball diamond from April to October. The state of Missouri and the United States Tennis Association awarded grants enabling the parks department to renovate and reopen tennis courts that had deteriorated. A trail cuts across the rolling land. Sitting comfortably within a residential neighborhood, Colman Park is a great example of a green space big enough to be interesting and small enough to feel cozy and safe.

The Twitter account of Jolie Justus makes us want to put on our walking shoes and some bug spray. The Kansas City, Missouri, councilwoman is a great ambassador for city and state parks, tweeting pictures from the various walks, hikes and bike rides she takes. Justus makes a point to visit a range of locations. A few days after posting inviting pictures from Dunn Park, which is near the Paseo and Meyer Boulevard, she tweeted out tips for navigating the Anita Gorman Trail north of the river: “1M paved; connects w/ Vivion Trail. Trailhead is hidden. Don’t give up.”

A sports anchor at Time Warner Cable SportsChannel, Mick Shaffer tweets with the snap of a professional comedy writer. “School lunch with my son and I am owning this cafeteria with Deadpool quotes,” he wrote at back-to-school time. When he is not microblogging dad material, Shaffer is usually tweeting about sports. Royals manager Ned Yost’s usage of beleaguered relief pitcher Joakim Soria was a frequent topic this summer. Every once in a while, sports and parenting find their way into the same tweet. “I’m glad the Royals ‘kept the line moving’ but not glad when every mom says it every inning of every youth baseball game,” he tweeted in June. People good-looking enough to be on television should not be this funny. 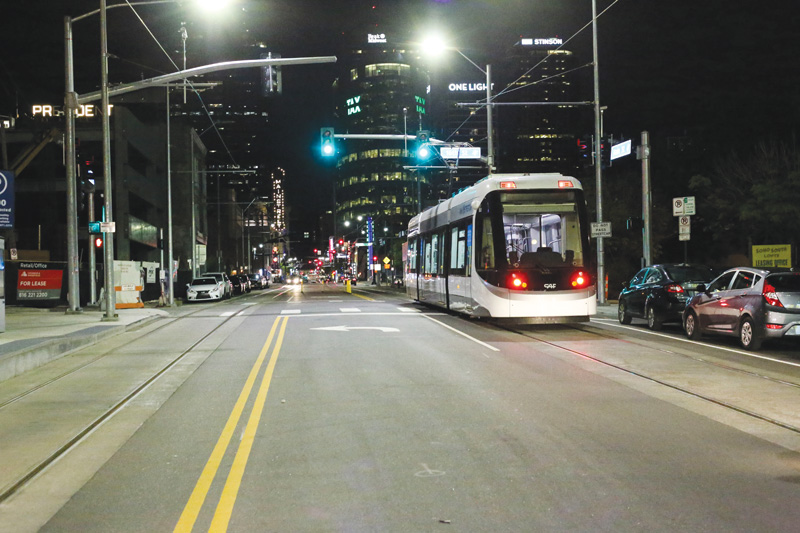 Cities across the United States are adding streetcar lines in an effort to jazz up their transportation options, with mixed results. Vox called a streetcar line in Washington, D.C., the “worst transit project in America.” Kansas City’s streetcar line, by contrast, was hailed as an “immediate success” by Slate after it opened in May. Free to ride, the streetcar packed in passengers, prompting immediate talk of expansion. There were a few hiccups, including a derailment at the Union Station stop during the first month of operation. (No one was injured.) But the project has succeeded in measurable categories (835,878 riders in the first four months of operation) as well as less quantifiable ones (it’s fun and looks cool!).

For more than 35 years, the Kansas City Community Kitchen has served hot, nutritious meals to people who need them. Run by Episcopal Community Services, the kitchen began offering a restaurant-style service earlier this year. “It was really about dignity and respect and looking at how we serve,” Beau Heyen, the president of Episcopal Community Services, told ABC News. “Instead of using the lines, we thought of other ways to be seated.” In addition to extending dignity to those served, the kitchen’s idea to start a table service reminded us of what’s possible when we think beyond “good enough.”

Sick of not having enough money to hire attorneys, Michael Barrett, the director of the Missouri State Public Defender’s office, tried to conscript one. In August, Barrett sent a letter to Gov. Jay Nixon, appointing him as the counsel of record in a defense case, citing a statute that gives him the power to delegate such responsibility to “any member of the state bar of Missouri.” Nixon, Barrett continued, was right for the job, given that he had cut funding for the public defender’s office in a balance-budgeting move. “[I]t strikes me that I should begin with the one attorney in the state who not only created this problem, but is in a unique position to address it,” Barrett wrote. A judge later ruled that Nixon could not be forced to represent an indigent client. But Barrett’s stunt, which made national news, succeeded in raising awareness. In September, a Republican state senator wrote an opinion piece acknowledging the state’s failure to fund the public defender’s office.

It’s not often a statehouse race is featured on the front page of The New York Times. But policymaking in Kansas under Gov. Sam Brownback has devolved to the point that even people on Eastern time want to rubberneck. The Times story, published in June, featured Dinah Sykes, who was knocking on doors in the weeks leading up to Republican primary. A PTA president who previously walked from Merriam to Topeka to protest overcrowded classrooms and underfunded libraries, Sykes decided to challenge state Sen. Greg Smith, who had supported Brownback’s reckless tax cuts. Sykes was among a group of moderates across Kansas who successfully argued that Brownback and his fellow conservatives were emperors with no clothes. Though her opponent was well-known for a state lawmaker, Sykes cruised to an easy victory, winning 58 percent of the vote. Brownback should feel lucky he’ll never face Sykes on a ballot.

For many politicians, Twitter is little more than a place to dump news releases and photo opps. Tweeting at @QuintonLucasKC, Kansas City, Missouri, Councilman Quinton Lucas posts his share of photos from ribbon cuttings. But he also sees social media as a place for policy discussions. He posts news stories about affordable housing and other topics that interest him. He mixes it up with people who may have a different opinion (“Disagreement ≠ dodge,” he wrote in one recent reply) and acknowledges the instances when the city could do better. When former Kansas City Star writer Yael Abouhalkah criticized the council for rushing to find $7 million for the University of Missouri-Kansas City’s downtown arts campus, Lucas shared the column and said he agreed the issue had not received proper discussion. He even makes a joke or two, at one point comparing testimony on a proposed project to the news-team fight scene in Anchorman.

Kansas City native Gretchen Rubin is an expert in the pursuit of happiness. The author of The Happiness Project and two sequels, Rubin believes that our habits have a lot to say about where we stand on the misery–joy continuum. She dispenses practical advice (“If you’re too tired to do anything except watch TV or cruise the internet, GO TO SLEEP”) as well koans that will make you sound like a cocktail-party zen master (“The days are long, but the years are short”). Rubin records regular podcasts with her sister, Elizabeth Craft, a TV writer and producer who lives on an opposite coast. When they gathered for family time in Kansas City last December, the sisters recorded their podcast at a table inside the Plaza Winstead’s. They ordered burgers, and the conversation began.

For Henry Fortunato — the historian, former Kansas City Public Library public-affairs director and veteran Kansas trail walker — June 4 marked a pioneering step. It was National Trails Day, and he had put up samples of the Indian Creek Trail Interpretive Signage Project’s first four panels at the Roe Park Shelter, in Overland Park. The deeply researched and richly illustrated signs, kicking off an eventual series of 18, detail the lineage of the area’s land and its inhabitants, from long before statehood through the boom of recent generations. Reading one of them is like pausing for water on a hike, wondering for a moment what this area was like 100 years ago, and finding an encyclopedia open to just the right page — and then another volume, and another. Fortunato is assembling the signs in conjunction with the Johnson County Museum, and the project is backed by a who’s-who of regional nonprofits and philanthropists. It’s a big deal, in a quietly Kansan way, a much-needed ray of Sunflower State sunshine during the Total Brownback Eclipse.

Best Category To Add Next Year 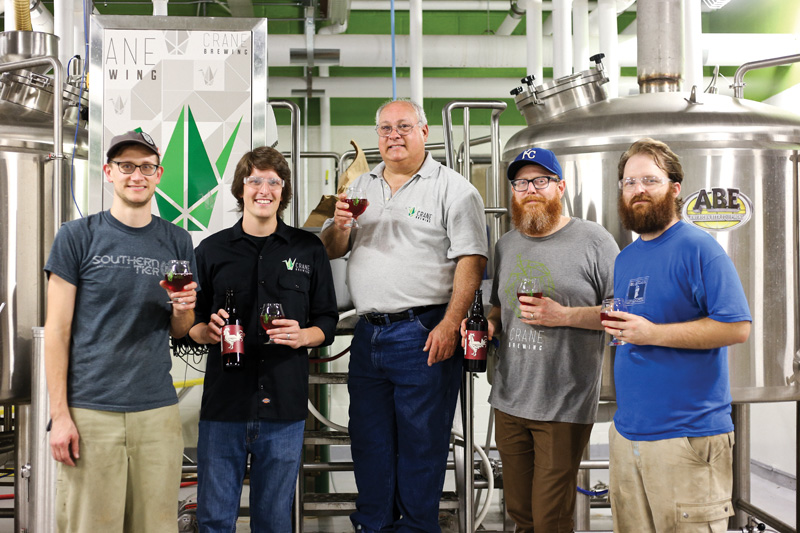 Best Thing That’s Changed in KC in the Past Year 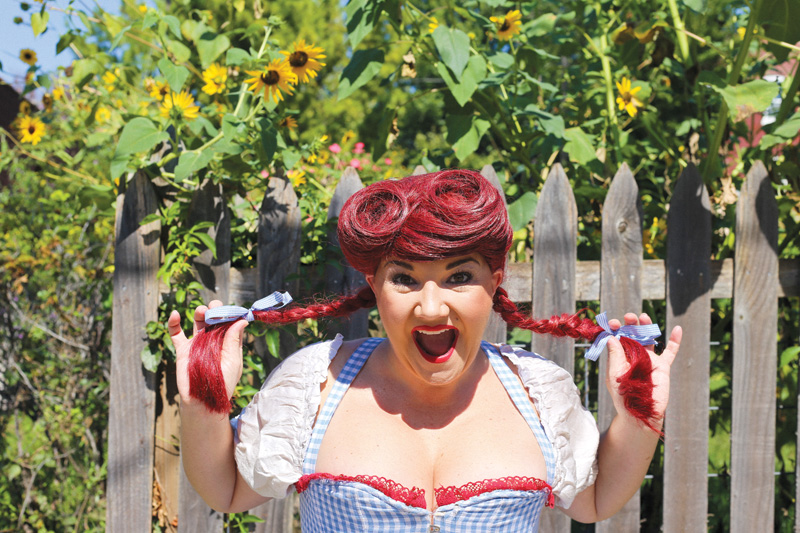 Best Place for a Cheap Date 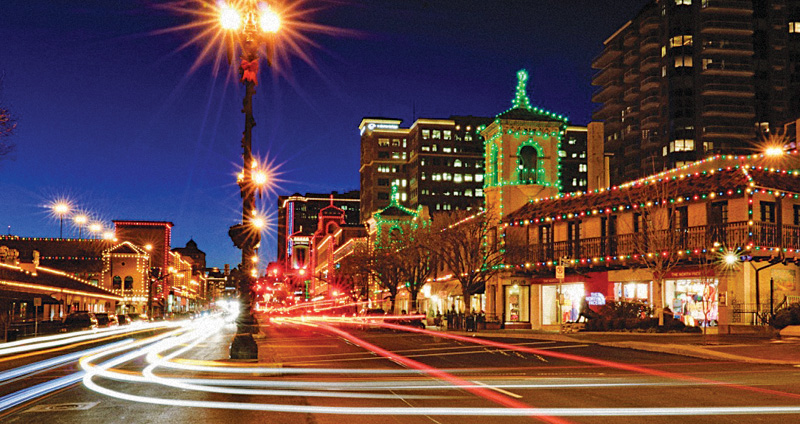 Best Place for a First Date

Best Place To Break Up With Someone