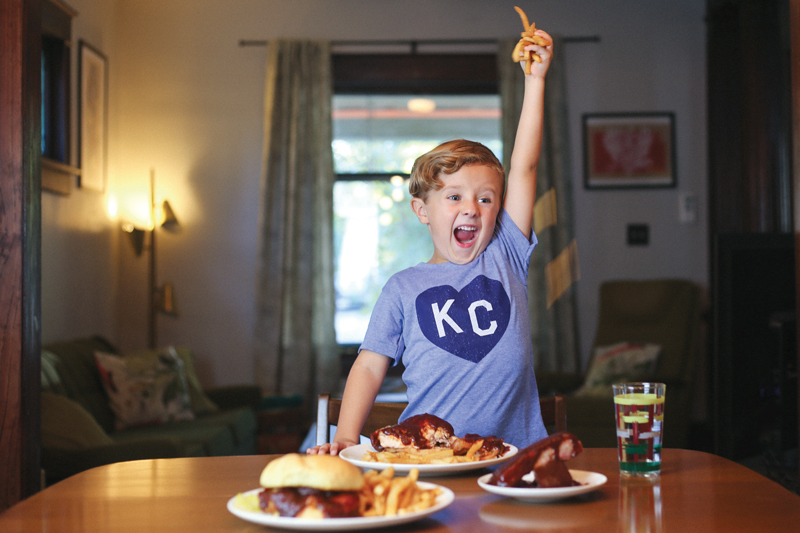 We defy you to find a better deal in town than the $2 burritos all day every Thursday at Rico’s Tacos Lupe. The burritos, stuffed with your choice of meat and the usual fillings (beans or rice, cheese, lettuce), make a tasty and filling meal at an almost guilt-inducing price. Almost. We’ve even witnessed a certain kickball team with an obscene name (Boner Patrol) order 30 and feast on them at Penn Valley Park after a game. Get it to go or BYOB and chow down on burritos and chips and salsa in the restaurant.

Well, here’s something that would have shocked us a couple of years ago: After a long drought, there’s no shortage of good ramen in KC. The seven-month-old Shio Ramen Shop, which makes the best noodles in the city, also gets top broth honors for its Shoyu bowl. It blends four kinds of soy sauce and tamari with chicken and dashi broth to achieve a tangy, impossibly addictive umami-thon. The broth has subtle, woodsy notes as well, revealing new layers of flavor with every hearty slurp. 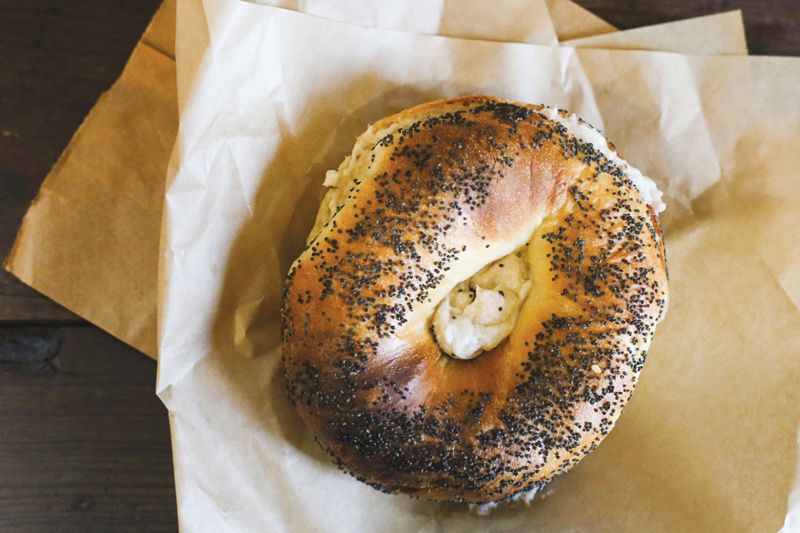 When it comes to authentic New York-style bagels, Kansas Citians have long lacked a genuine frame of reference. But with the opening this past winter of Meshuggah Bagels (the name means “crazy” in Yiddish), those days are over. We now understand that bagels are not sad, stale rings sold in chain operations. Real bagels are really good. The creation of Pete Linde, a descendant of Jewish immigrants who has baking in his blood, and his wife, Janna, a food-industry executive, Meshuggah makes certified-Kosher bagels that are crusty outside and light inside, thanks to a secret mix of yeast, malt, sugar and salt. The cream cheese is rich and utterly worth the calories, especially when paired with the fresh-tasting nova lox, a sandwich that also comes loaded with tomatoes, capers and onions. And the creamy, savory whitefish salad is a flavor so immersive you won’t even pause to rave about it on Instagram until after you’re done. With a second location headed for Overland Park, there’s finally a way to make up for all those years you spent eating inferior bagels. 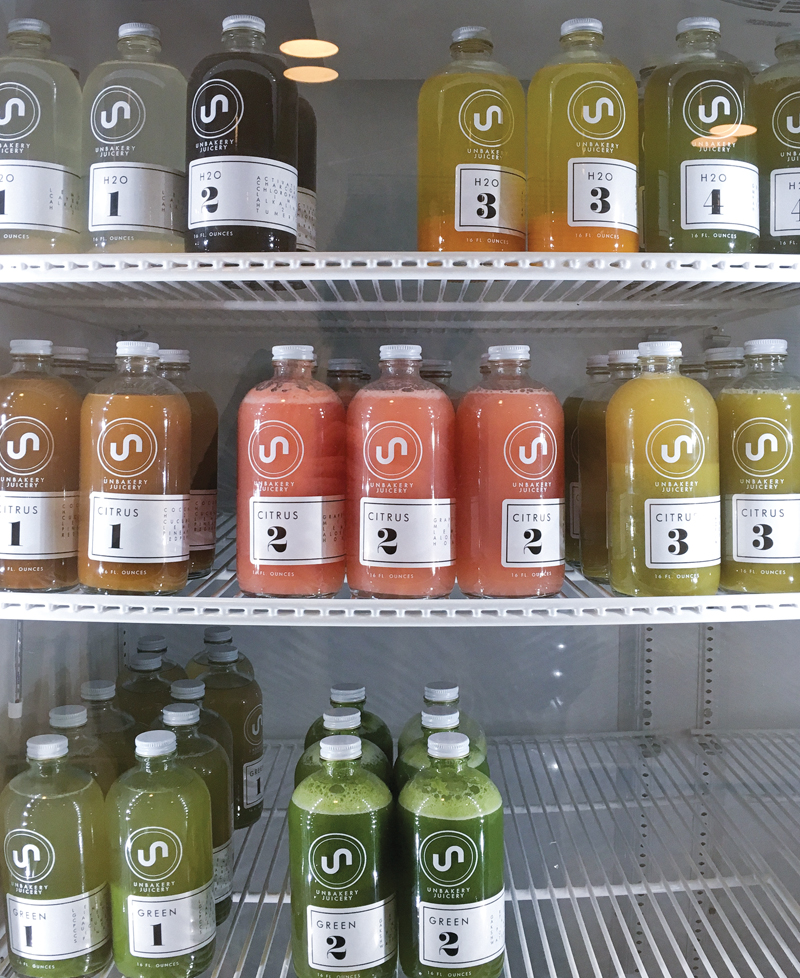 Best Place to Gladly Fork Over $20

By offering a healthy, primarily vegan grab-and-go lunch stop — there’s even a drive-thru if you’re really in a hurry — Unbakery is contributing to the revival of that particularly vintage Brookside corridor along 63rd Street between Main and Troost. Owned and operated by Robin Krause, formerly of the Filling Station, and her husband, Danny, Unbakery is helping turn East Brookside into a lunchtime destination by offering raw meals that are uniquely delicious, such as pad Thai with seaweed noodles, or a falafel wrap bursting with kimchi and colorful veggies. The café also offers a variety of fresh-pressed juices, with multiple varieties of green, citrus and root-vegetable-based options, as well as a series of tonics. And whatever you do, don’t skip dessert. The macaroons here are among the best we’ve tried, and the ginger bar — as well as its drool-worthy cousin, the chai bar — are not available anywhere else and are absolutely worth the price of admission.

Best Superman Coming to the Supermarket

Once upon a time, there was a cottage. And in the cottage lived two people who loved each other and who also loved cheese, sometimes not in that order. And to that cottage came boxes, every third Thursday for a year, from Murray’s, the revered New York cheese purveyor and high-gravity center of the food-of-the-month-gift-package universe. But one Thursday there was no box, and darkness did descend and the unintended cruelty of the Murray’s present was revealed, and the two people who loved each other wept bitterly and hurled canisters of Kraft grated parmesan at the empty sky. And lo, their $2.99 sacrifice and the force of the cheese love between the two cottage dwellers caused a brick-and-mortar-ish Murray’s Cheese Shop outpost to materialize in the attainable west of deep suburban Lawrence, and it was run by a magical expert named Sara Knickerbocker. The couple filled their hands with fine stinky cheese that was competitively priced, and bought crackers that couldn’t be had elsewhere. And they vowed to return often, and they lived cheesily ever after. 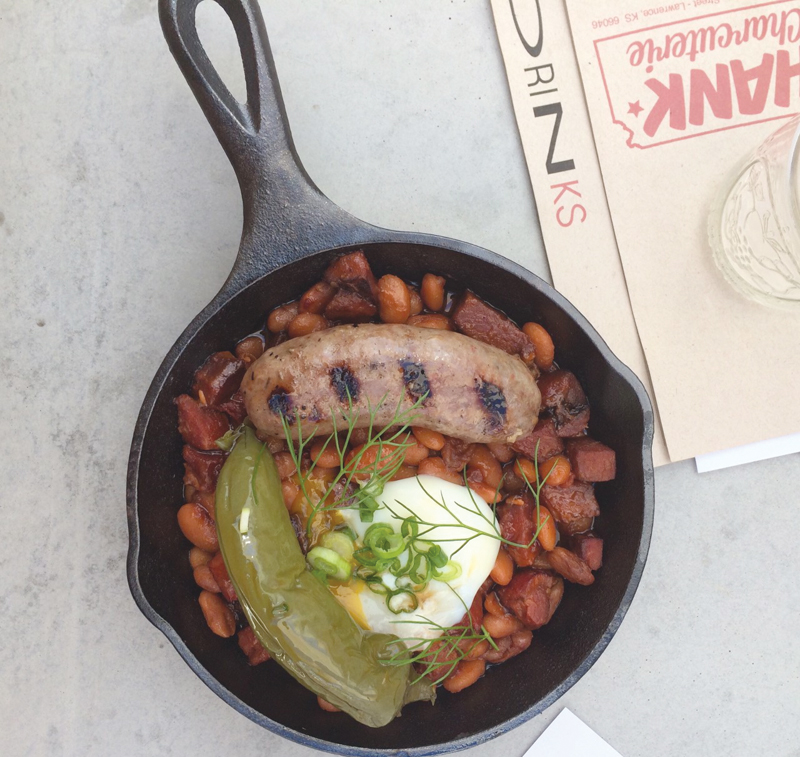 Best Giving the People What They Want

Hank Charcuterie owner and chef Vaughn Good opened his flesh-centric storefront in 2014, to almost instant high demand and hushed acclaim. Soon, he was collaborating with other beloved businesses (Port Fonda, Green Dirt Farms) and putting together cocktail and brunch menus. Hank was now so popular that there was no longer room for the butcher counter. So away the counter went, in favor of a bar — and a full-time, full-service operation. Good executed the change this past July, adhering to his promised tight schedule and thus ensuring that the hip did not go hungry very long. Along with 715 and Limestone and Port Fonda, Hank is part of a wave of restaurants in the 785 that justify driving in and out for one damn good meal. And like his fellow LFK restaurateurs, Good keeps calmly challenging himself, knowing that his win is our win. 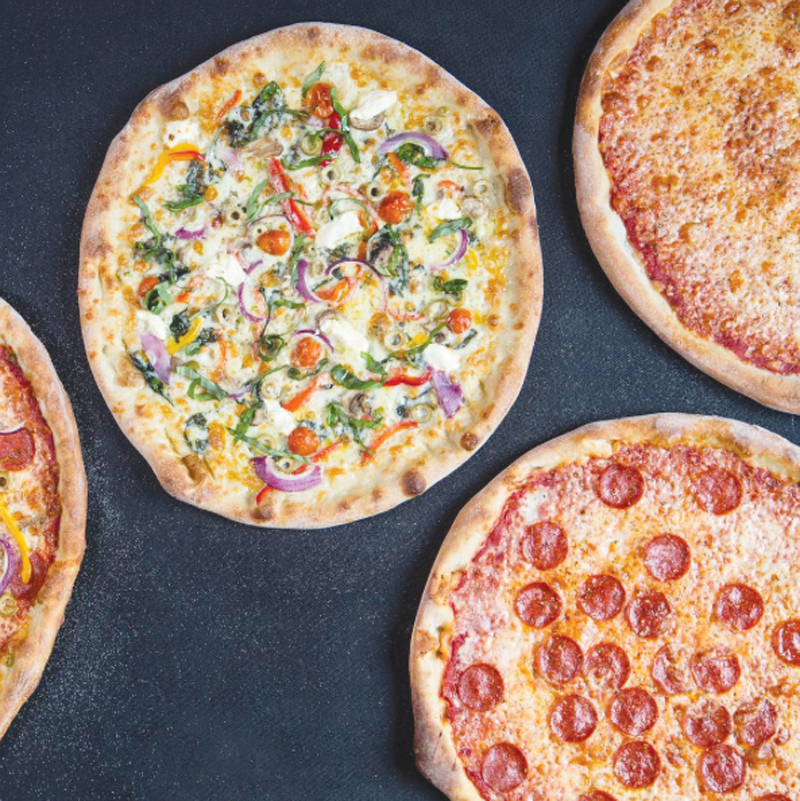 It’s closed on Sundays, doesn’t keep the ovens going past the local newscasts, and occupies an old Long John Silver’s in churchy, blue-pajama-collar Grandview. For Yelp types, it is neither convenient nor conducive to braggy filtered iPhone photos. Yet each of these seeming deficits somehow compounds Providence’s undeniable virtues. The two-year-old restaurant serves what’s easily the best New York-style pie in the metro these days, makes a more-than-tasty Sicilian pizza, and turns out Neapolitan 10-inchers that are within a fresh mozz ball’s throw of authentic without the chin-scratching fuss (and with a more generous portion of toppings). The menu, which surrounds its destination-worthy pizzas with good salads, better garlic knots and desserts that don’t come off a truck, is also a straight-up bargain. Lucky you, Grandview. 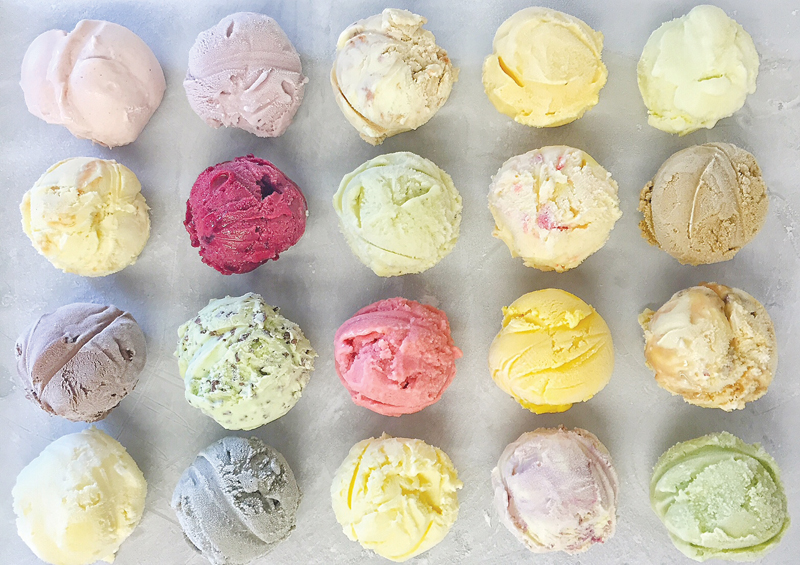 “It’s too big, really,” Natasha Goellner told us over the summer when we asked the Mulberry & Mott founder about her latest sweet venture, Cirque du Sucré. The French phrase means “circus of sugar,” and Goellner was talking about the rehabbed Faultless Linen truck that her father, George Goellner, helped her find. But you’d be excused if you thought she meant Cirque’s monolithic ice cream sandwiches, which involve steering-wheel-sized macarons and a wedge of giddily flavored ice cream big enough to use as an ottoman. Suddenly it makes sense why she’d need a 20-foot-long vehicle. She says it’s hard to back into a space, but you’re the one who has to figure out how to park — your own satisfied ass — after you take down one of these le bad boys. (We’re partial to picking up one of them after a meal at Columbus Park Ramen Shop, on one of the evenings the Cirque cooler shows up there. Check Facebook.) 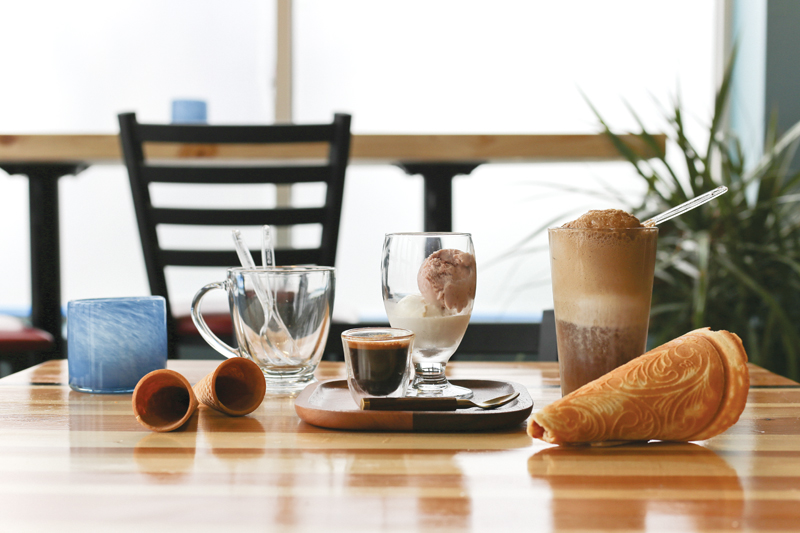 Best Reconnection With 5-Year-Old You

One early summer evening in what we will always remember as Year Zero for the overnight Waldo sensation Betty Rae’s, one of us suggested driving to the ice cream shop, standing in line, ordering a couple of cones and eating the shit out of them. Eagerness was in evidence, but geography prevailed; we were 15 minutes out and would have arrived there within 10 minutes of closing time. This would have appeared desperate. One of us did in fact feel desperate — for the ice cream, all of it made on site and looking and feeling on the lips and the tongue the way your kindergarten self imagined a cumulus cloud must, and for the waffle cone, it too house-concocted and smelling and tasting like the first day of some forever, pre-global-warning summer. We trudged to bed and then to work the next day and tried to forget. The next evening, Betty Rae’s Instagrammed a new s’mores ice cream. Now it was on, and would have been on no matter the drive or the proximity to lights-out. Because this isn’t the ice cream of clocks and rules or even basic household politeness. This is the ice cream — overrunning a cone or melting slowly in espresso or dissolving in booze or swooning under hot fudge or sprinkled toppings — of shareable selfish abandon. It would be altogether right to pedal our Big Wheels right up to the counter to order, and we’d do it if we could. 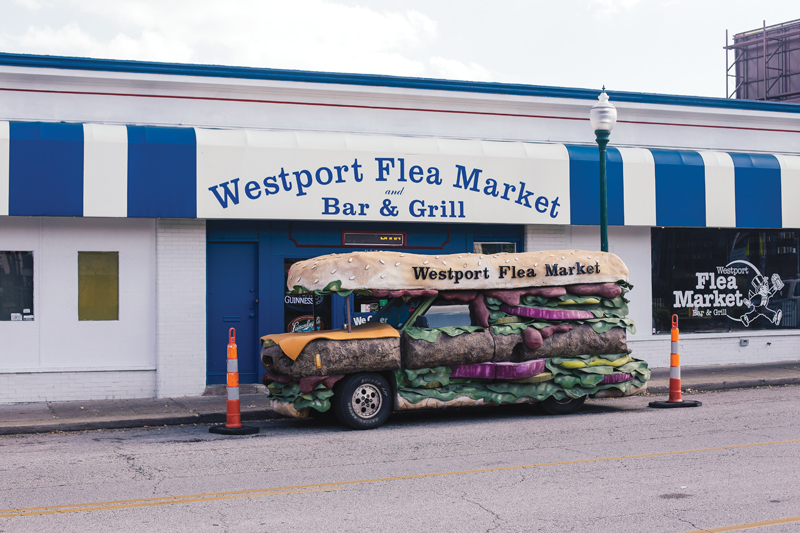 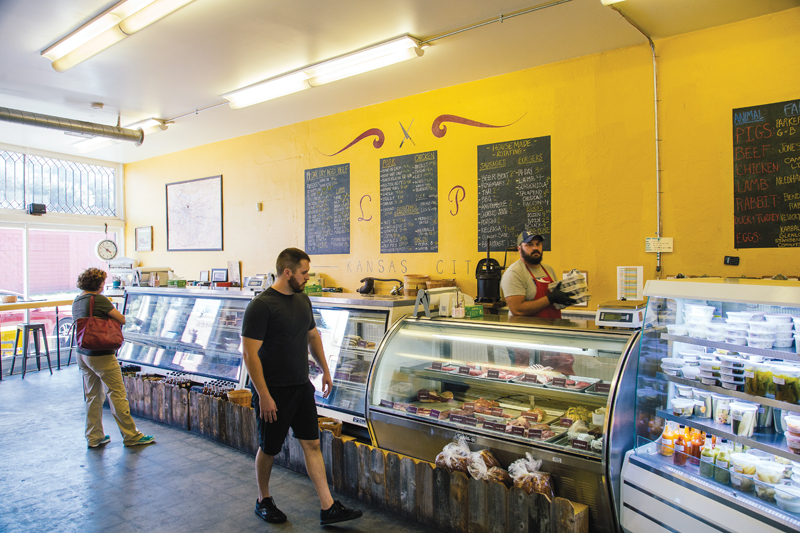 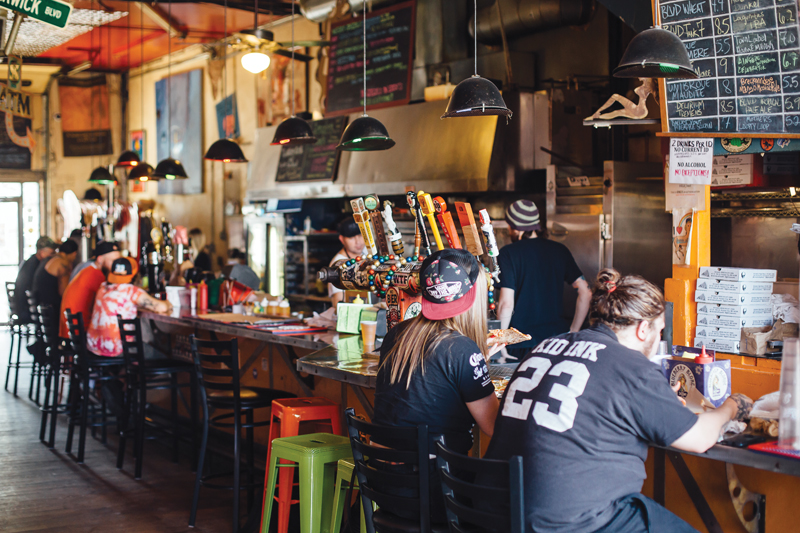 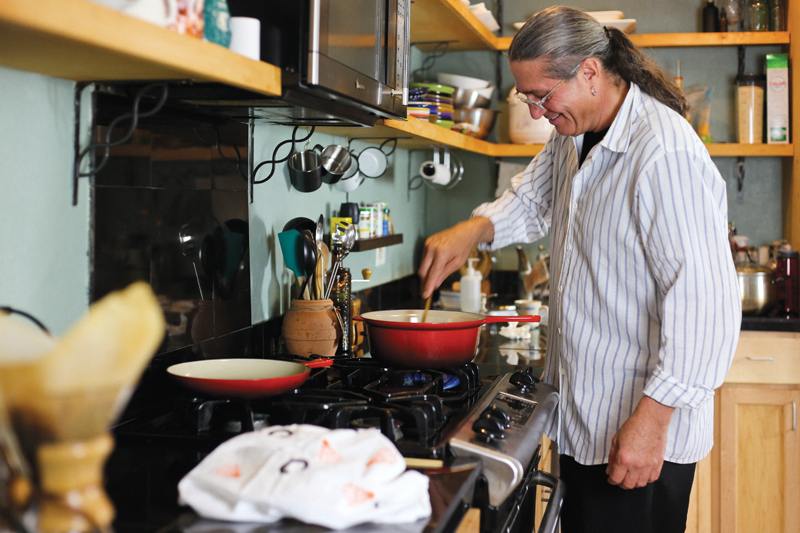 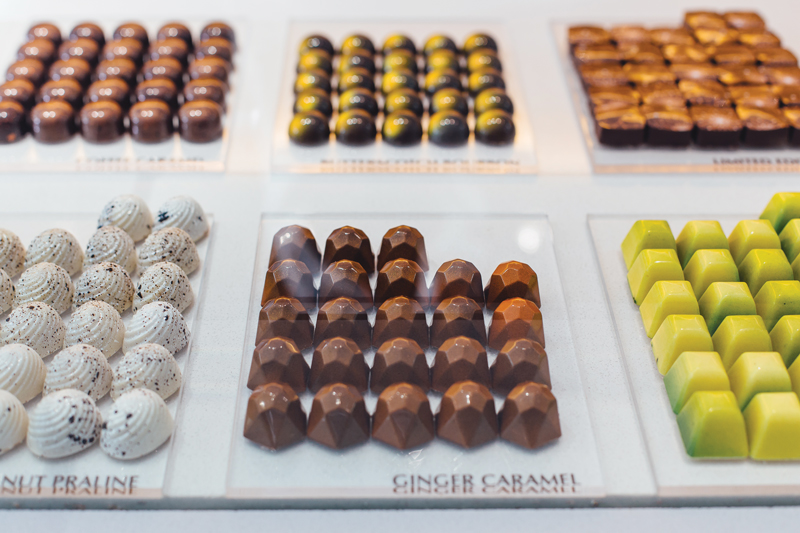 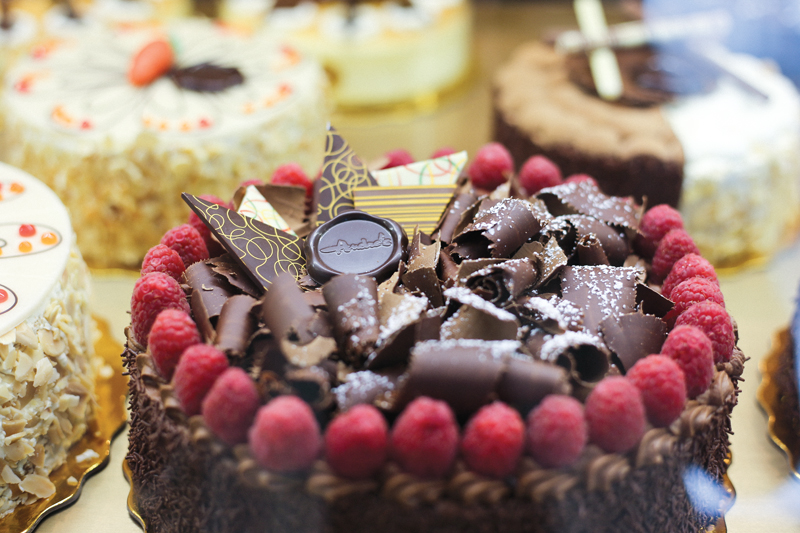 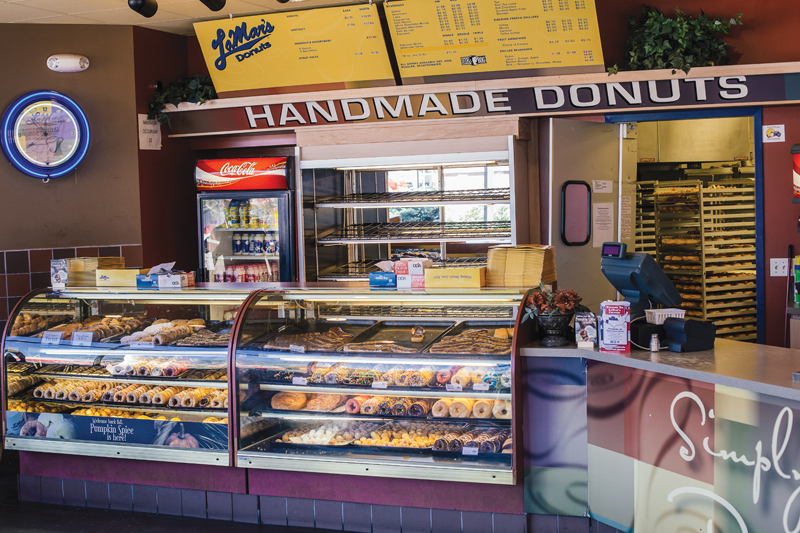 Best Restaurant/Bar for a First Date

Best Place for a Romantic Dinner

Best Place to Eat at the Bar 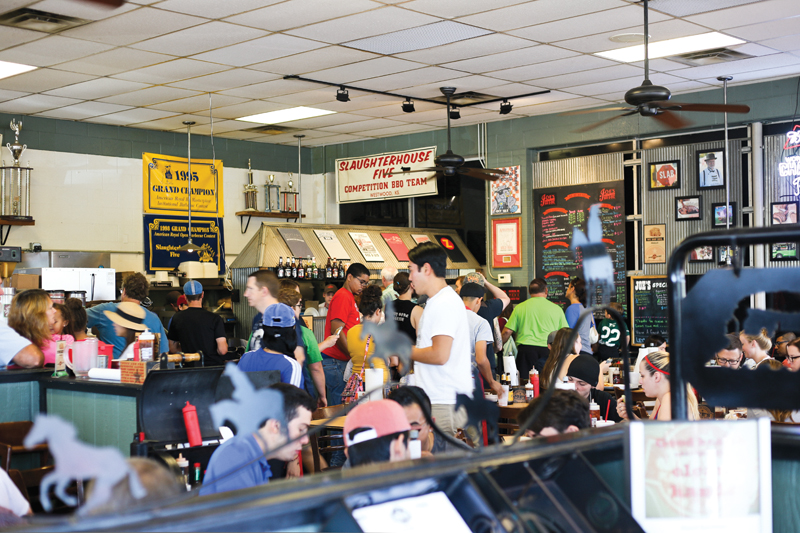