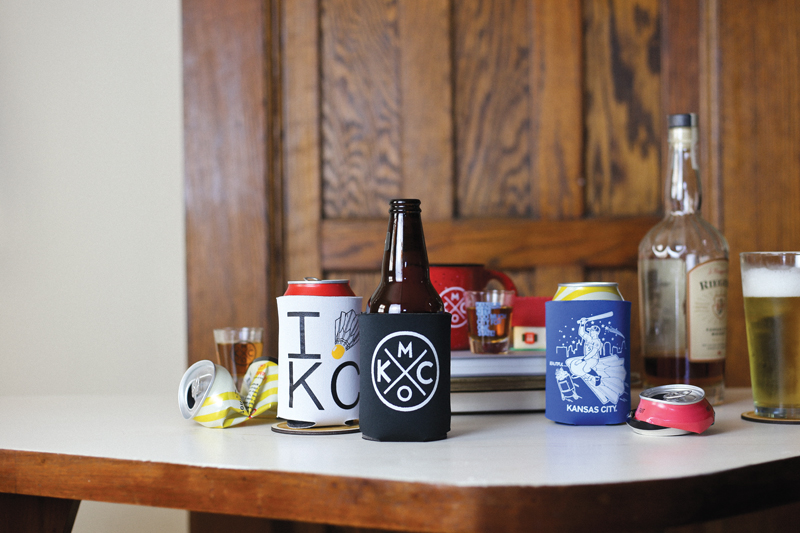 Sure, there are easier ways than negotiating the West Plaza’s zippy strip of Belleview to get take-home booze. But the selection at Plaza Liquor more than justifies this minor hassle, and beer manager Thomas Woodward is one of the most knowledgeable guys you’ll find in the city when it comes to brews (and is also the inspiration for Torn Label’s Magic Magic, one of the year’s best beers). Whether you’re looking for the latest Boulevard release or Fantome — or wine or whiskey or tequila, etc. — Plaza Liquor has what you crave.

Damn, Boulevard. We love Rye-on-Rye-on-Rye … maybe a little too much. The beer, aged in first-use rye-whiskey barrels and then transferred to another set of first-use rye whiskey barrels for a second round of aging, is a commitment. Are we drinking it if it’s on tap? Yes. Are we doing anything else productive that day? Other than Ubering home and going directly to bed, no. No we’re not. With a beer that’s 14.6 percent ABV, that’s the responsible thing to do. We last saw this draft-only beer in the wild in the beer hall at the Boulevard Tours and Recreation Center. In January 2017, you’ll be able to get it in 750-ml bottles. What a time to be alive.

Since July, we’ve found ourselves saying the same thing repeatedly to our beer-loving friends: Have you been to the Boulevard beer hall? We don’t really care about the answer, because we’re going to say the same thing we always say after posing that question: Wanna go? The answer better be yes, because we’re going anyway. We’re going to drink the beer-hall exclusives. We’re going to sample the test beers. We’re going to walk onto the deck and witness the revelatory view of Kansas City. The beers are all great. The photo booth helps us remember the good times. Just one suggestion for the Boulevard gods. Stay open a little bit later (9 p.m.?) for us working stiffs.

Bier Station could have stayed the same, and we’d have loved it the same. But give John Couture credit for seeking out the opinions of his customers and then following through. He asked fans of his bottle shop and bar what Bier Station could do better. Not only did Couture listen — he acted. The reward is a 30-seat patio with retractable, waterproof canopies and gas-powered heat lamps. Yeah, East Gregory Boulevard isn’t the most charming drag in the city, but patio beers at Bier Station, with its eclectic lineup of great beers and the bar’s expanded menu, make for a great time.

Though the website is included above to indicate that we’ve performed our due diligence on the does-it-really-exist front, it’s with zero hesitation that we advise against clicking very far into hugotea.com. The part that attempts to describe the company’s origins and mission is to the far right of millennial preciousness, somewhere between straw boaters and your great-grandparents’ wallpaper on the old-time-whimsy meter. But the point isn’t to read about Hugo Tea — the point is to drink the satisfying brews its leaves yield. And more and more, that’s easy to do. The company’s tea has become a staple at area indie coffeehouses. Iced, it’s a quaffable alternative to summer coffee toddies that can come out bitter. Hot, the complexities in each variety emerge. Either way, the stuff complements our deep java scene as naturally as the lighter skin around a dark, dark hickey.

If the growth of Simple Science Juices is any indicator, a lot of people are ready to get serious about at least seeming serious about their health. According to owner Steve Spangler, Simple Science’s sales averaged 50 bottles of cold-pressed juice a week last March — and 1,500 a week by November. The numbers keep improving, he adds, and real estate seems to back up that report: Following its original downtown Overland Park location, Simple Science has opened shops this year in Brookside and the Crossroads. Spangler is bullish on juicing as more than a trend because it has worked for him; he says drinking cold-pressed juice has given him more energy and allowed him to leave behind several medications. “It’s a lifestyle,” is how he puts it. It’s an indulgence, is how we put it — a super-tasty one that does indeed feel healthy.

It’s not as though we’ve never told you about the E-Crush. The chocolate, the milk, the ice. The shot. The proprietary cocoa-powder-y mix you’d go full Scarface to protect from rival forces or economic downturn (yeah, right; it’s Westwood Hills). And really, it’s not as though everybody else doesn’t already know, doesn’t already plan his or her Saturday errands around this frappé fix. In fact, there are hot days — and tepid days and crunchy late-winter days — when this happy hobbit’s rain barrel of a caffeine emporium seems to pour little else. You press yourself inside, share a kind nod with your fellow addicts, exchange oddly heartfelt salutations with the barista, and hear the blender blades whir, stop, whir, stop, whir, stop, like the fastest airboat on an Everglades gator hunt, as the customers ahead of you get the goods, punch out their straws and go. Then it’s your turn, and you’ve already paid (the Hi-Hat is efficient), and you hustle your cold plastic cup to the car and sip your first dessert of the day in absolutely satisfied privacy.

This is hard to admit, but here goes: We recently used the C-word and totally meant it. Someone asked where we liked to buy wine, and we found ourselves describing Underdog, the handsome, narrow storefront in the Crestwood Shops, as … as … oh, god … c-c-curated. And so it is. Ryan and Jenny Sciara, Underdog’s husband-and-wife owners (Ryan is always there, and he remembers your name and your weakness for Priorat and that expensive Scotch you’ve been eyeing), named their business with that notion in mind: The store’s wines are familiar enough in their origins and styles, yet the emphasis here is on labels you don’t run across elsewhere, from makers who end up inspiring new loyalty. Unembarrassing bargains abound, and there are splurges to be made as well, but even the good-wine-for-any-budget aspect of Underdog isn’t what keeps us coming back. No, it’s the sense that there might not be any bottles on these shelves we wouldn’t like. (Name another retail operation where you’re confident you won’t make a mistake.) Which is what attracts certain of the KC kitchen illuminati, along with Brookside denizens who can walk to and from the shop on a roughly per-meal basis. We don’t usually go in for cellar lust or zip-code envy, but something about shopping at Underdog uncorks a little aspirational thinking, one $20 discovery at a time.

A well-balanced cocktail is a worthy splurge, but the $10–$12 price tag can smart if you plan on sampling more than one. At $6.75, Fric & Frac’s Lavender Fizz isn’t what you’d call a budget drink. But the smooth-sipping refresher, featuring lavender and hibiscus-infused gin, is proof you can still get a damn fine cocktail without paying the mustache-wax markup. Our grandparents used to boast about 25-cent movies; we’ll tell our grandchildren about the halcyon days when you could get a cheap craft cocktail at a bar with vinyl tablecloths. 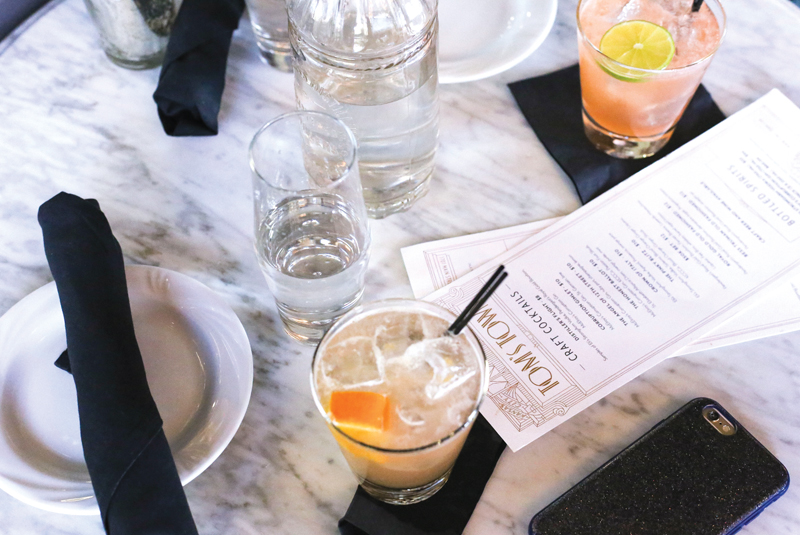 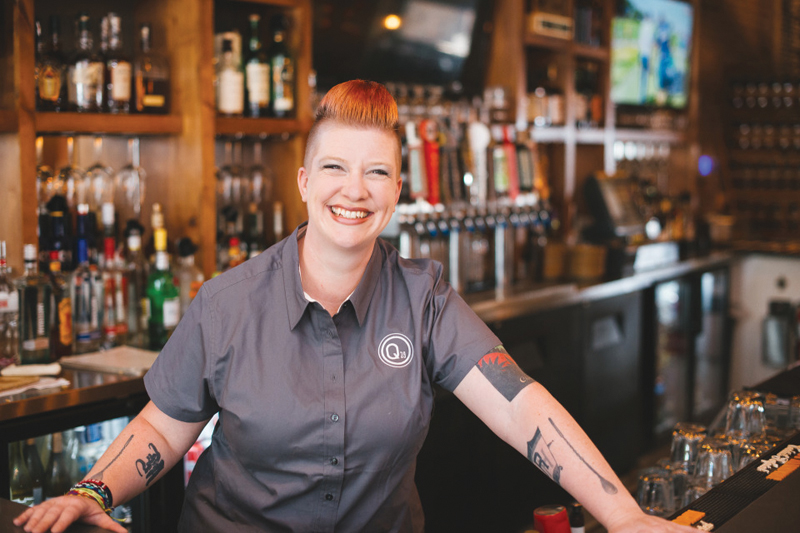 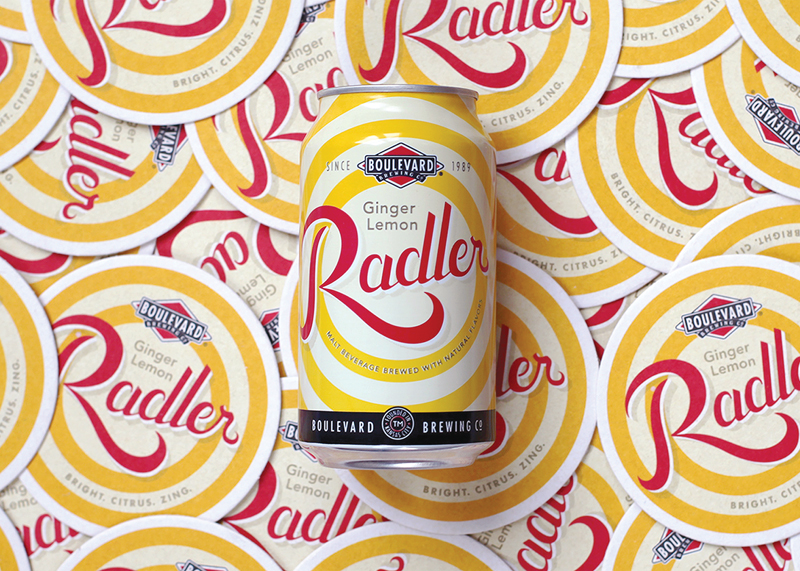 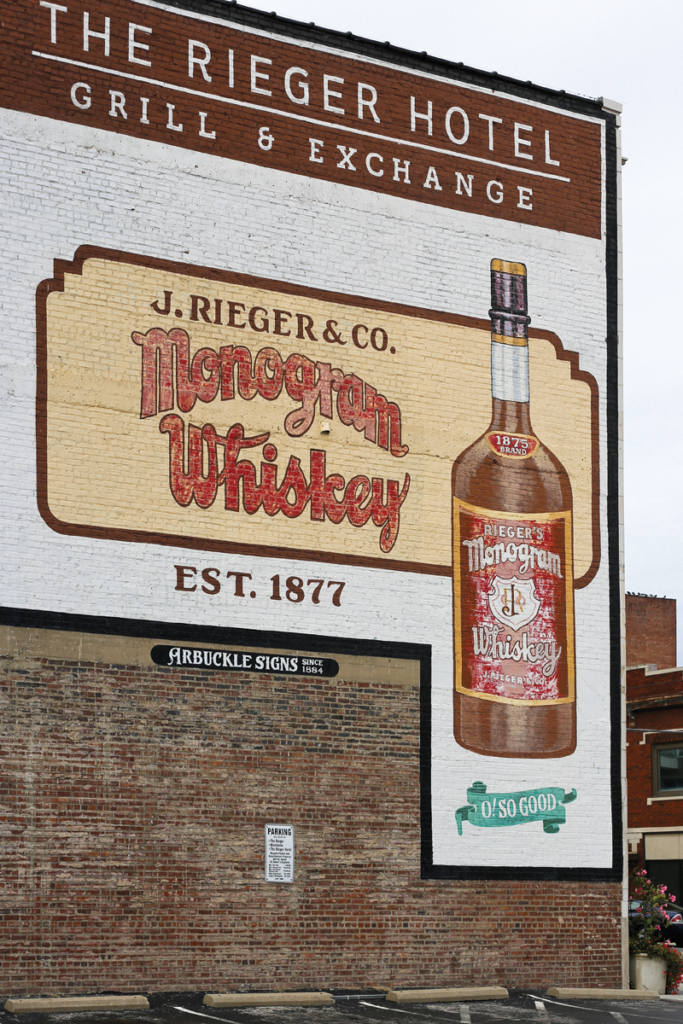 Best Place for Girls Night Out

Best Place for Guys Night Out