Best Of Extra: The ‘samurai guy in Westport’ 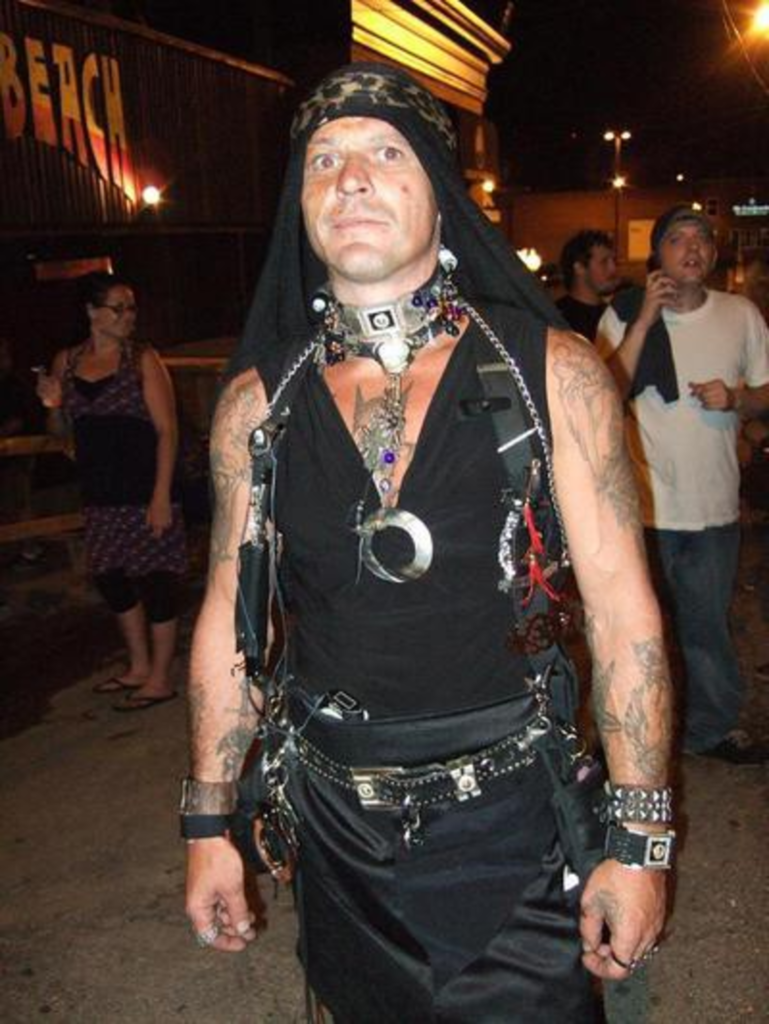 You guys picked the largest mayor in the land Mark Funkhouser as the the Best Anti-hero Of 2009 in The Pitch‘s Best Of 2009 edition.

A fair share of you also voted for the mayor’s wife, Gloria Squitiro. Also getting votes, everyone from Fred Phelps to Larry Johnson to Larry Moore (Larry Moore?) to Spider-Man. We’ll tell a little more about one of the vote getters later today, but one really struck me: “samurai guy in Westport.”

I gotta believe that the votes for samurai guy were for Rand Al-Thor, whose wardrobe was profiled on here in August 2008. Here’s what he told us then that his entire wardrobe is either found or given to him.

The black headdress was fashioned out of a

woman’s shirt, and he sported a dog collar around his neck. He had all

sorts of random stuff hanging off of him, like a set of handcuffs from

his belt. “They’re toys. Cops are always messing with me,” he said.

Around his neck, maybe attached to the dog collar, he had a couple of

pencil-thin flashlights pointing forward. “It’s so I can see,” he said.

Always happy to hear about a Rand Al-Thor sighting.