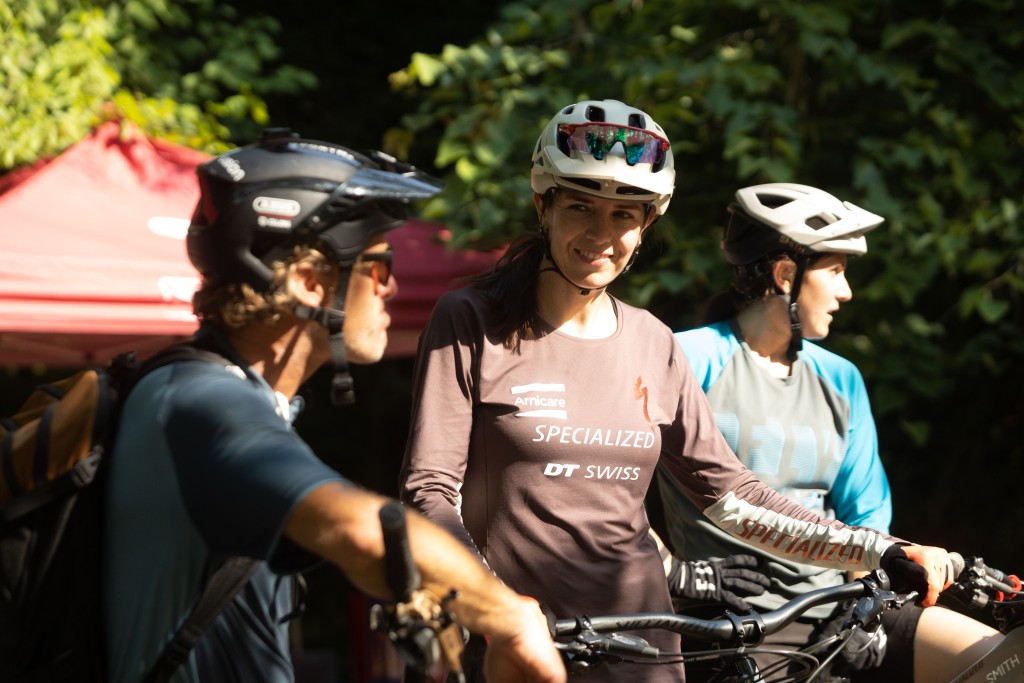 Athletics may not be the first thing that comes to mind when you think of Arkansas, but Bentonville is working to change the way many individuals think about the state.

During the 17-19 of June, the second-ever Bentonville Bike Fest was held, which is an event that works to help create a community among bikers. Hobbyists and professionals alike, Bike Fest gives lovers of the sport a place to come and take part in their favorite pastime as well as watch individuals take what can be done on bikes to its limit. 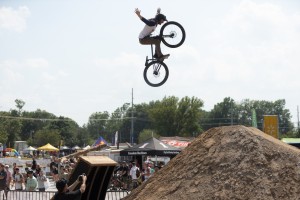 An example of BMX tricks shown at BikeFest. // Courtesy of Bentonville BikeFest.

“One of my favorite things about touring and performing is showing people what can be done on a BMX bike,” says Ryan Williams, a professional biker who tours with Nitro Circus and works with Bike Fest. “People might think of a BMX bike as something you get under your Christmas tree and then maybe they will ride it down the street but you can actually do these crazy tricks. It’s brought so much happiness to my life so if I can bring BMX to more people’s lives maybe they’ll have the same opportunity to get into the sport.”

Bike Fest was created by Kenny Belaey, who is a multiple Trial Bike World Champion and an avid mountain biker, when he visited Bentonville for a performance over ten years ago. Though there were not many bikers at the time, as he kept coming back throughout the years, he saw the growing community and an opportunity to create an event in one of his favorite places.

In the beginning, Belaey had created an event for women in biking as a collaboration with the Bentonville Film Festival, but he eventually decided to expand it to all bikers from the area as well as around the world.

“When I first visited Bentonville over ten years ago there were no trails and only a few bikers,” says Belaey. “But I kept coming back and I kept seeing the evolution of the bike culture that was building and I thought, why don’t I just pitch the idea?”

After starting in 2021, Belay didn’t know exactly what to expect with the growth of the event, but has seen Bike Fest become hugely popular among those in the sport.

“Just the amount of work that we put in this year compared to last year, it’s just so much different,” says Belaey. “Last year I was trying to sell it to people, because no one knew about it and so I really had to drag everyone on board. Now this year, everybody from the audience to sponsors to vendors, they all get it and they all want to be on board.”

Bike Fest now has made its name known in the industry and holds rides, Q&As with professionals, and shows in order to create a hub for bikers to come and experience everything to do with the sport.

This year a few of the big names brought in included Rachel Strait, Jack Carthy, Bernard Kerr, and Ryan Williams. And even that list is only the tip of the iceberg.

“My hope is that people come and get inspired to go home and hit the trails and maybe learn more about the sport as a whole,” says Belaey.

To learn more about the Bentonville Bike Fest you can find information here.