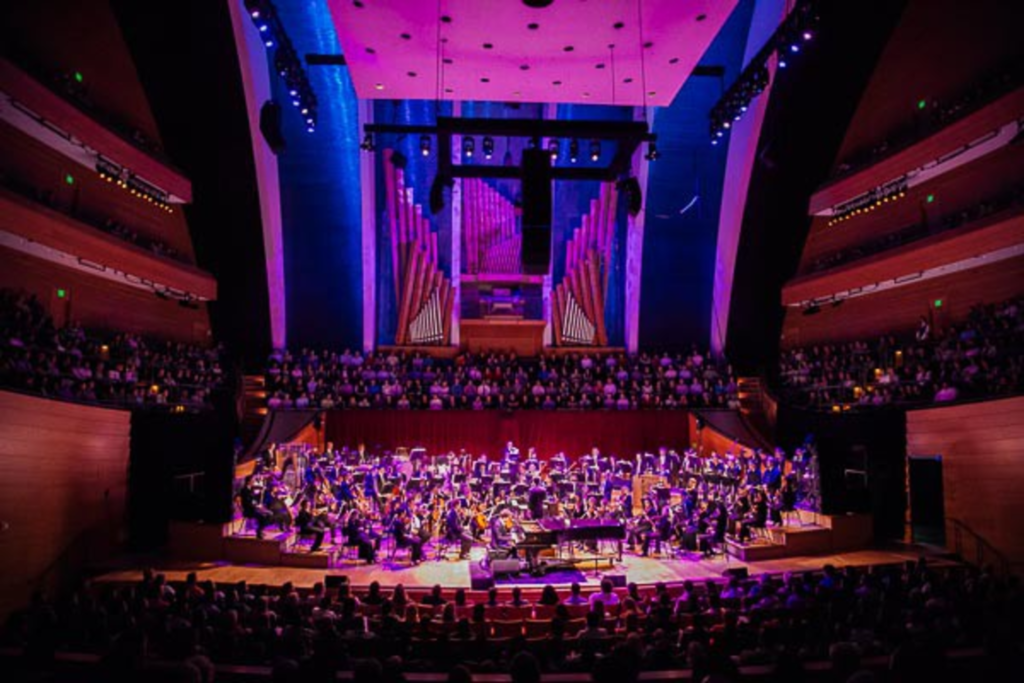 “You have a better chance of getting laid by taking a date to the symphony than to the roller derby,” Folds proclaimed last night at Helzberg Hall. “But, really, we’re here because of our love of the roller derby.”

The roller derby joke became a prominent theme throughout the evening. Folds’ innocent, dry, dad-like humor stripped the stereotypical symphony experience of pretense and formality. It seems the goal for his collaboration on this latest tour – which sees Folds pairing up with a number of orchestras throughout the country – is to bridge the gap between pop fans, classical fans and first-time symphony attendees. The entire evening had a casual feel to it. Folds welcomed first-timers with informal orchestral sets, inviting them to find a deeper insight into the music. 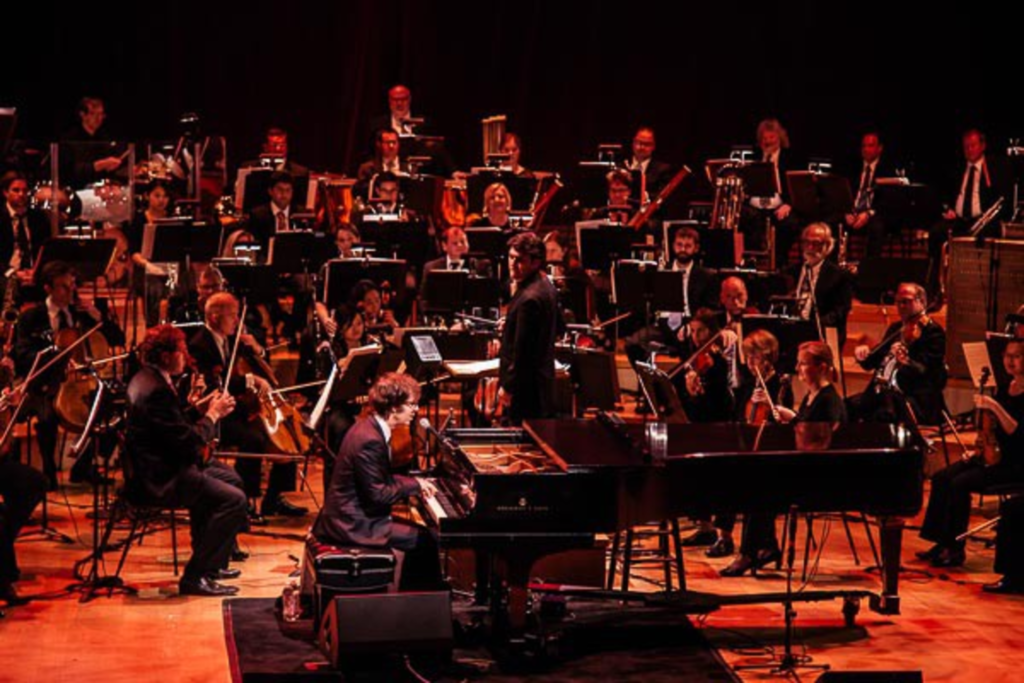 Anecdote after anecdote, Folds humored the crowd with stories about his music throughout the night. “This is not a ‘fortissimo,’ it’s a ‘five-tissimo,'” he punned after a choir girl yelled “SHIT” when she tripped over her ad-lib during the impromptu “Rock This Bitch” jam session with the symphony. The crowd exploded with laughter.

If it is Folds’ goal to inspire people of all ages and backgrounds to cultivate a love of the symphony, last night’s performance was a win. Last night’s set was a cross-pollination of pop, quirky hip-hop and rock, brought to live and given muscles by the full sounds of the Kansas City Symphony. 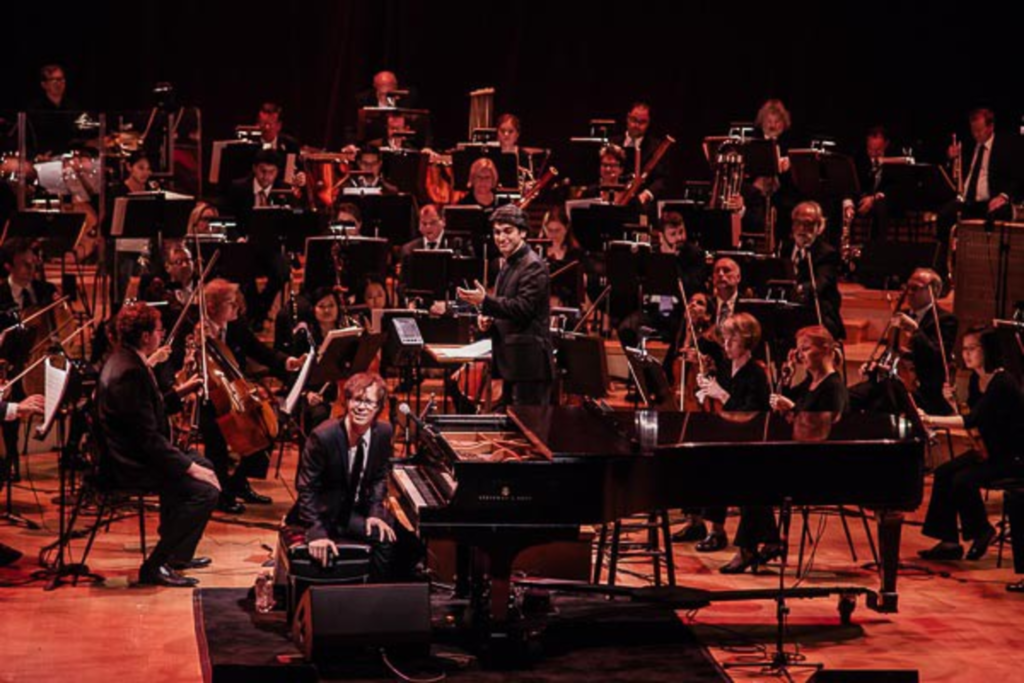 The crowd last night was fairly eclectic: Vintage-clad art folk sat next to middle-aged suburbanites and grandmothers; men in Chuck Taylors and Levi’s sat next to men in full suits with neatly folded pocket squares. This, too, fits one of the goals of the KC Symphony in bringing in a younger, more diverse audience – something that was certainly successful with Folds’ show.

The show opened with warm violins and a bright string section. Light taps of tambourine fluttered between robust piano notes and perfectly harmonized vocals in “Effington.” The evening moved through bossa nova and percussion-heavy big-band sounds with “Steven’s Last Night in Town.” More anecdotes about codeine drops and pneumonia accompanied swelling congas and timpani, backed by a heavy French horn. Trumpet notes blared and blended perfectly with the percussion sections as tambourines jangled to “Zak and Sara.” 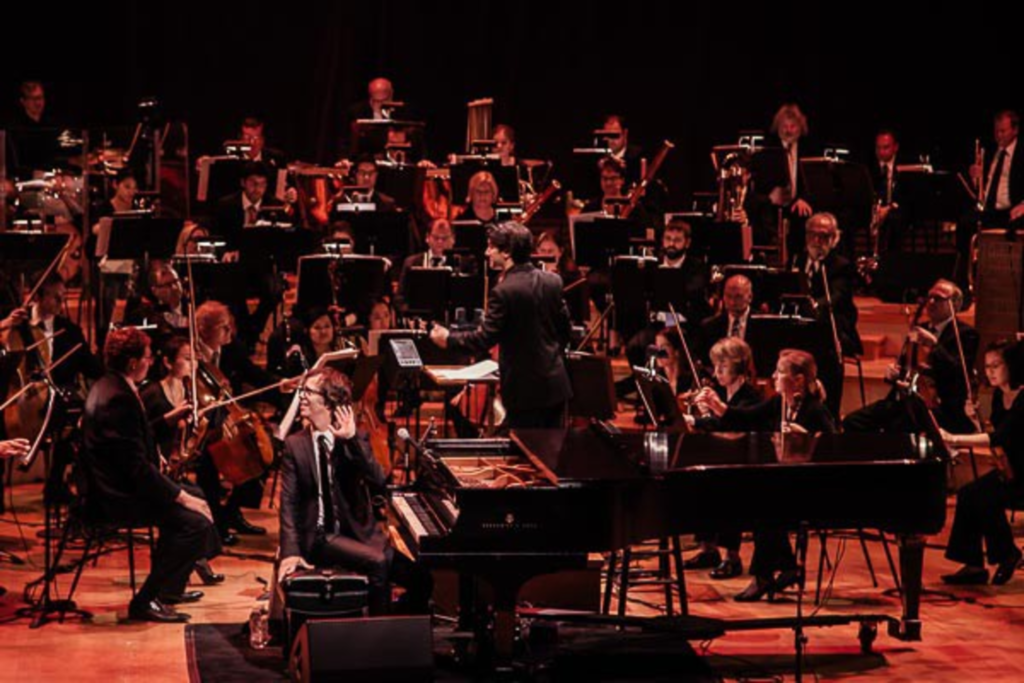 Folds performed classics such as “Brick” and “The Luckiest,” but it was his classical compositions that stood at the fore of the evening. The intensity of his “Piano Concerto: Movement 2 and 3” was like a tug of war with the orchestra. Folds stood up and reached his fingers inside his piano to mute the sounds. For a moment, he looked possessed, until the xylophone fluttered to break him from his trance as he then ran his hands up and down the keys to end the song. As it ended, Folds wrapped tape around his fingers and cracked another dad joke about how he was “roller-derby ready” again.

All playful tendencies aside, Folds pays deep respect to classical compositions. Though he claims his piano ballads explode like those of Eddie Van Halen eruptions, his classical background stretches back to being in an orchestra from when as a kid. His structure and arrangement of songs has always been built to fit the orchestral context – even the Ben Folds Five songs, to some extent, always kind of sounded like they would benefit from a fully fleshed-out string section. With the orchestra, he’s just bringing it back home. 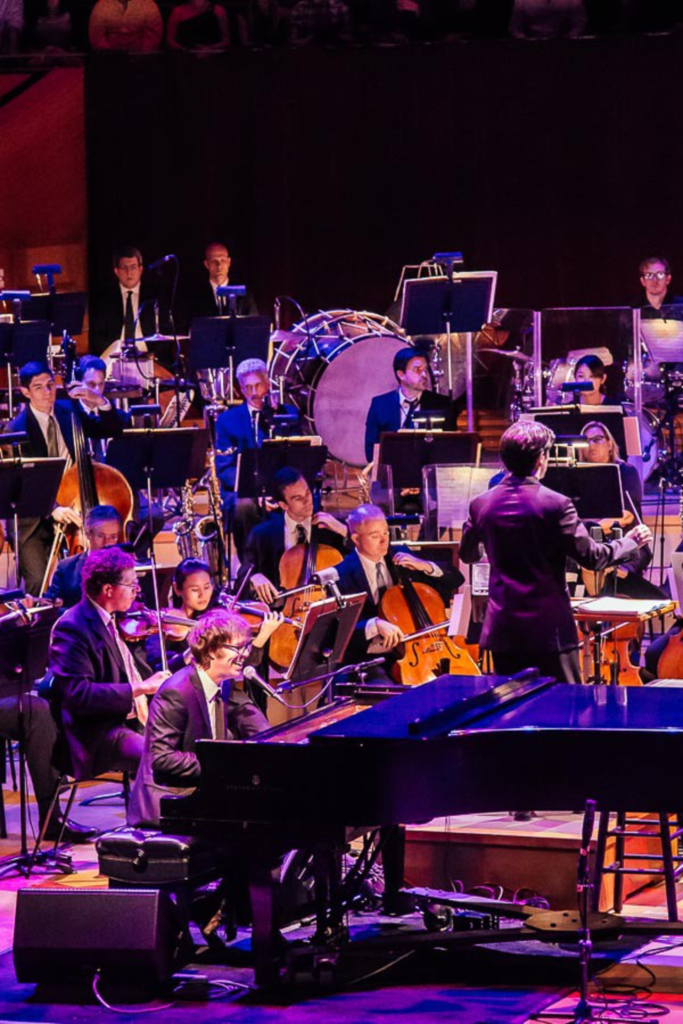 His hold over the audience was mesmerizing. He jumped and waved his hands like a madman, throwing his body into every movement and guiding the crowd to sing along. Folds grew to look like more and more like Einstein throughout the evening, his hair frazzled as he peered above the glasses that sat too low on his nose. He was too busy and too engulfed in the music to push them up or to care.

After the encore, Folds welcomed thanks as he bowed and ended the show. He looked up through his low-hanging glasses, barely propped on the tip of his nose, and declared satisfactorily, “If you didn’t know, Kansas City’s Symphony is one of the best.” Thanks to Folds, there was certainly a new crowd of KC Symphony fans cultivated last night. 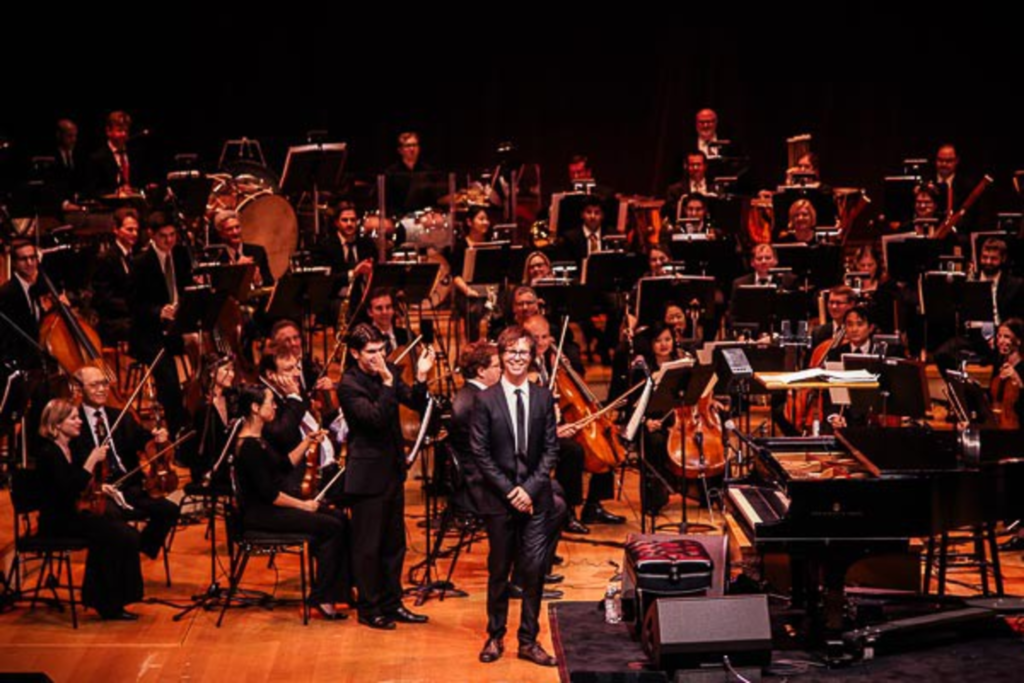