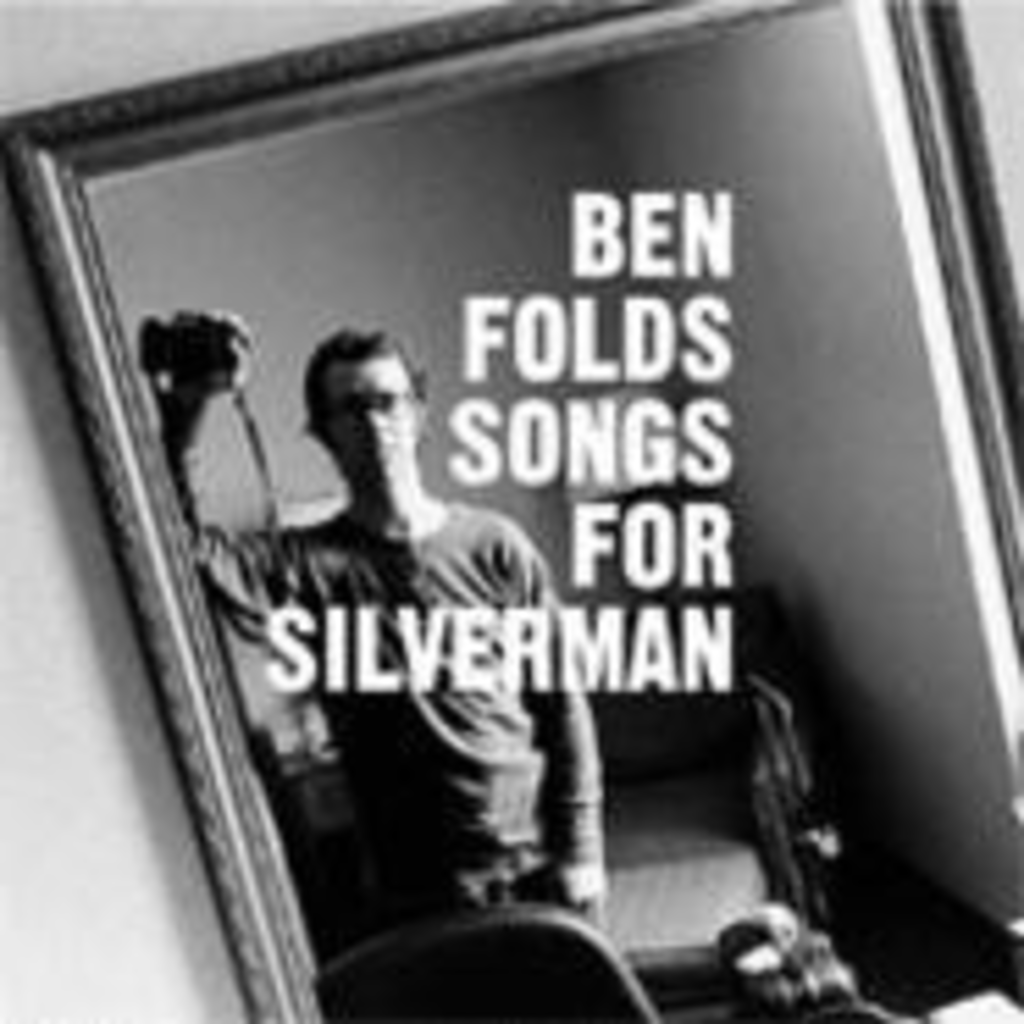 They get nostalgic about the last ten years before the last ten years have passed, Ben Folds sings on “Bastard,” the jaunty kiss-off to young Republicans that opens Songs for Silverman, his second solo album. It’s been a decade since Folds, with his trio, Ben Folds Five, announced himself as the most ingratiating pop songwriter of his generation — fun but rarely frivolous, glib but never crass, with an unerring melodic sense. Is it too early to be nostalgic for the Five? On Silverman, his first full-length since 2001’s Rockin’ the Suburbs, Folds puts his voice and piano in front of a bass player and a drummer again, but it’s enervated compared with the three group albums and lacks the confident charge of Suburbs.

Folds knows the formula — and we’re talking the sweet secret of Coca-Cola, not some pro-forma songbookery — for writing lyrics that have specific emotional weight but float free of age. A Ben Folds breakup song — Silverman‘s single (and best song), “Landed,” for instance — is the kind of mental accessory equally complementary to a teenager’s tear-stained bedspread and the clearance-catalog duvet cover of the recently divorced. Tamper with those delicate ratios of jokes to sad piano chords, self-effacement to swooping choruses, and you run the risk of, to paraphrase Christopher Plummer in The Insider, living out your career in the wilderness of NPR.

But tamper Folds does, and after “Landed,” disappointments pile up. “Gracie,” a lullaby to Folds’ daughter, is less self-involved than the parental musings of late-period Billy Joel but no more welcome. “Give Judy My Notice,” the emotional center of one of the three EPs Folds sold by mail during the lag between albums, comes back as ballast, its urgency drained by “Tiny Dancer”-esque lap steel and laid-back drums. And the gentle lyrical irony of “Sentimental Guy” is lost in a tune with just enough substance to be a sitcom theme (and just enough French horn in its bridge to signal a one-hound hunt for Paul McCartney).

Folds recovers with two more fond fare-thee-unwells, “Time” and “Prison Food,” which close Silverman with the resignation, if not the impact, of “Missing the War” and “Evaporated,” the last songs on the recently reissued Five album Whatever and Ever Amen. But even on the half of Silverman that sticks, Folds seems to be signaling the start of a walkabout, moving off the path of grinning major-label curio into the preserve for stubborn, sometimes misfiring major talents whose patronage has been capped.