Below the radar: Punk Rock and Philosophy: Research and Destroy 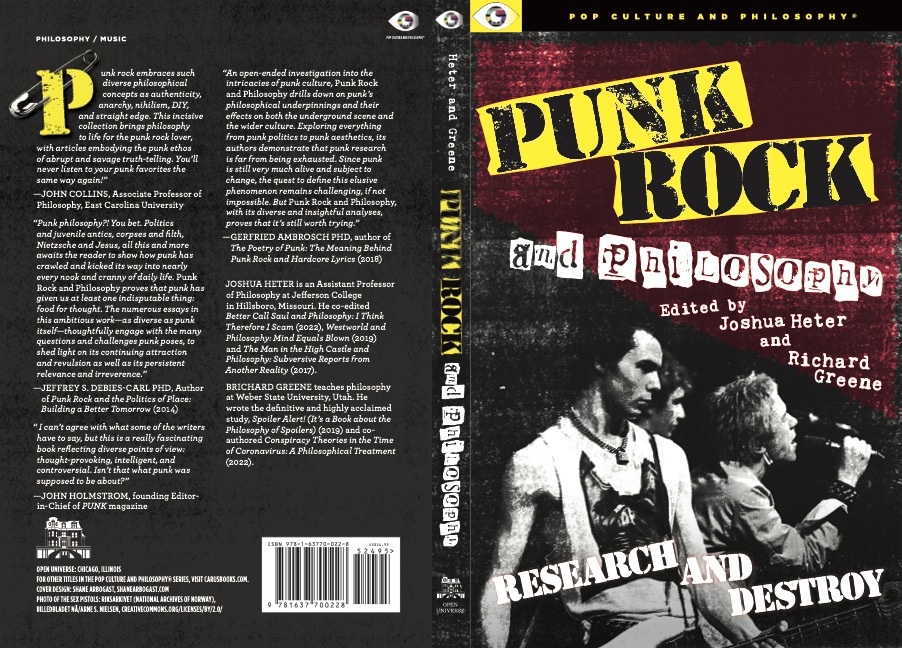 “When I first started going to [punk] shows, I definitely felt like a poser,” he says. “I had this weird, completely irrational fear that somebody was going to turn to me at a concert, at a little bar in downtown St. Louis, and they were gonna point to me, like, ‘You don’t belong here.’”

While in graduate school at Saint Louis University, Heter got over this sense of imposter syndrome enough to create a proposal on a Pop Culture and Philosophy book about punk culture. It wasn’t until ten years later when Heter and co-editor Richard Greene got the green light from Carus Books for Punk Rock and Philosophy: Research and Destroy.

The anthology asks and attempts to answer questions about the links between punk and Christianity, what constitutes a poser, and punk’s commercial success.