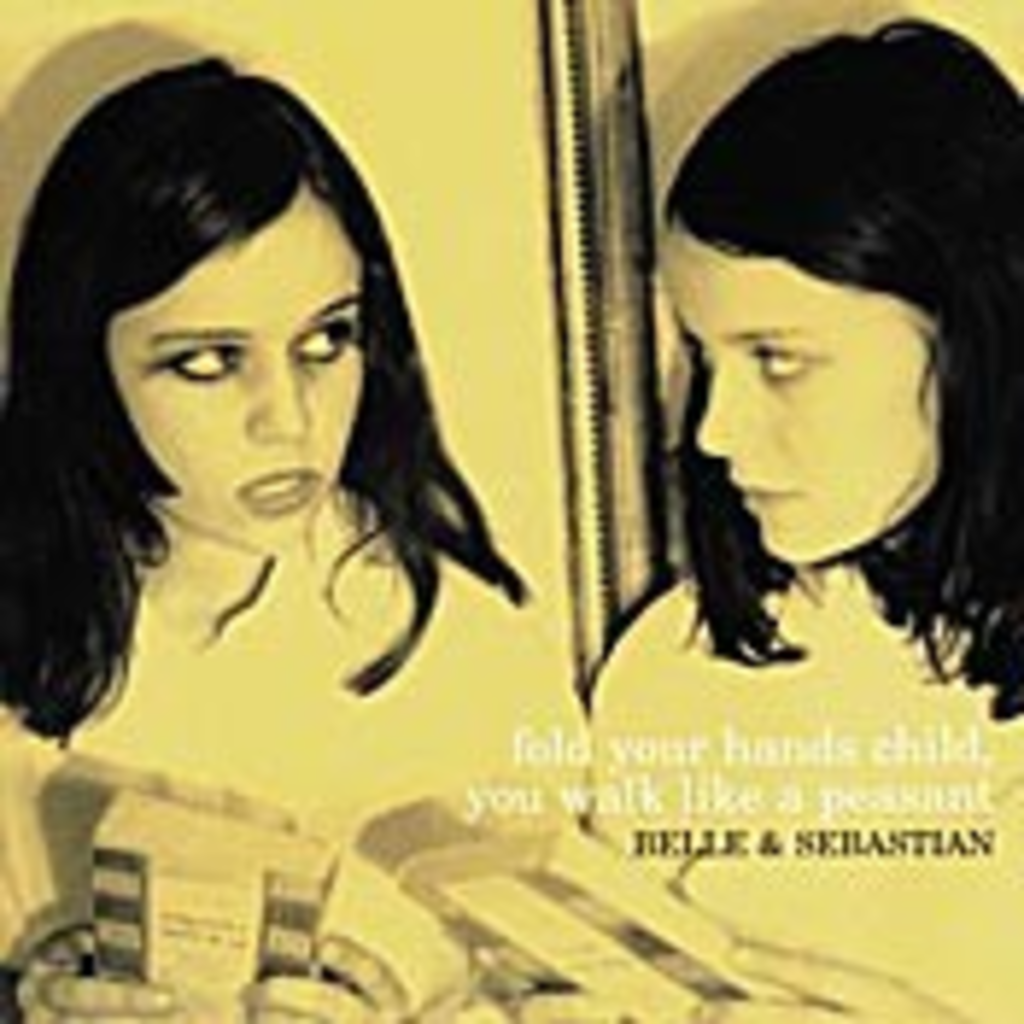 If you’re not a rock critic, stop reading this and skip down to the next review. You might as well; no one but the music press seems interested in Belle and Sebastian. The only exceptions are people who post reviews to Amazon.com (the site reports that the album is selling well in Illinois) and disenfranchised Smiths fans. That’s too bad, because B&S transcends its humble preciousness to make music that glistens spectacularly, but it also lyrically sticks to the subconscious, never more so than on Fold Your Hands Child, You Walk Like a Peasant, its fourth full-length disc.

In fact, the opening “I Fought in a War” is a motherfucker, the instant classic at which they’ve always pointed. Oh, the arrangement features a string section that promotes cuddling, but when elegiac cellos kick in, the body grows cold and limp. There’s a simple acoustic strum in the foreground, but it’s superseded by a ringing electric figure before finally moving to “Turn! Turn! Turn!” 12-string arpeggios. And the trumpet starts out fey, but becomes martial and forbidding as it punctuates the song’s military metaphors. Keep your head down pal, there’s trouble plenty in this hour, this day, singer Stuart Murdoch threatens, his voice never rising from its usual whispery entrenchment. But Murdoch proves again throughout the album (as do his bandmates, who sing more leads than before) that quietude turns his “Did he really just say that?” lyrics into right hooks that hit harder than mere cleverness could.

“The Chalet Lines” begins, He raped me in the chalet lines. At the song’s climax, Murdoch says, I’d put a knife right into his eyes, before dismissing his girlfriend: She caught the bus/Her face was just a smear on the pane. Unlike some of the group’s other emotionally draining tales, often set to ironically bubbly skiffles, this one is arranged only for a slow piano and cello; still, the gentle slur of Murdoch’s Scottish delivery refuses to be interpreted for several listens, until the song sinks in all at once, like a death threat or a family secret revealed.

Not every song is as deadly accurate with its aim, and it’s not Belle and Sebastian’s best album. But song for song, Fold Your Hands is a stunner, a subtly effective insinuation of love’s cruel kindness told in rapturously catchy three-minute rain clouds and sunbursts.