Becky Barta has been playing Patsy Cline for 13 years. Now she’s got a record, too 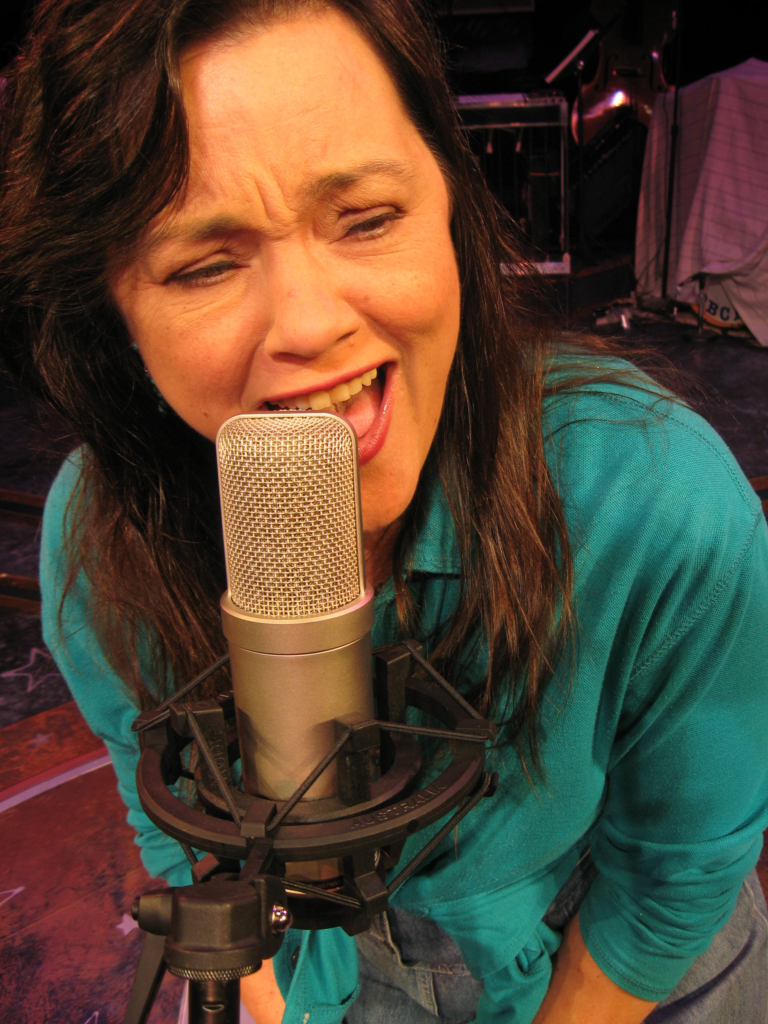 “Your Good Girl’s Gonna Go Bad” performed by Becky Barta, from Crazy … and Then Some (self-released):

In country music, the best singers are often the ones who have been around the block a few times.

Willie Nelson, Loretta Lynn and Johnny Cash all lived life’s hard lessons and released much of their best material in their golden years. For example, it’s hard to give credence to a baby-faced American Idol contestant who sings about regret. Most folks would rather hear it from a thrice-divorced alcoholic who squandered all her money on pills and botched face-lifts.

Becky Barta is definitely not that person. But she still won’t say how old she is.

Since 1995, the Kansas City native has devoted a significant chunk of her theatrical career to portraying Patsy Cline. At some point, she passed the age of 30. That’s how old Cline was when her Piper Comanche crashed into the Tennessee woods following a 1963 performance at Memorial Hall in Kansas City, Kansas.

Barta fears that revealing her true age will undermine her credibility as a Cline impersonator, though most folks would probably agree that 17 productions of Always … Patsy Cline and a thousand renditions of “Walkin’ After Midnight” amount to plenty of street cred.

This summer, the KC native is returning home to star in the American Heartland Theatre’s production of Always. The show opened June 27 and runs through August 10.

“You wouldn’t be able to portray the character without inherently loving her music,” Barta says. “Patsy’s appeal was that she was such a storyteller in the phrasing and timbre of her voice. She could take a really horrible song and turn it into a really good song.”

“To me, country music had a huge change in the late ’80s and early ’90s that had a lot to do with the huge change in pop music,” Barta says. Pop, she explains, “slowly but surely became devoid of melody, and it was all about drum beats and rhyming.” She adds, “I think the Nashville machine was kind of in a lull and saw an opening and went for it. They dressed up pop stars in fringe and boots and took the the G’s off the I-N-G’s, and all of a sudden, they’re country singers.” Barta wasn’t going to fall for that two-bit scam when she hit the studio to record her debut album Crazy … and Then Some. The 12 songs she selected include five Cline numbers, two Tammy Wynette cuts and one apiece from Willie Nelson and Hank Williams. She also tossed in “Son of a Preacher Man” and “It Goes Like It Goes” from the Dusty Springfield catalog, and a Western-swing standard called “Choo Choo Ch’Boogie.”

“It’s not that I’m despondent about the state of contemporary music,” Barta says. She adds that she does fancy Randy Travis and Alison Krauss. “I just think there’s a lot of old music out there that could be heard again.”

Since leaving the area in 1995, Barta has eked out a living in New York City as a swing understudy for Les Misérables. (She knows all the female parts.) She pays half the rent of her converted studio in Manhattan by renting out the Kansas City house she bought in her twenties.

When it comes to the music industry, Barta admits that she feels as green as she did when she graduated from the University of Kansas and started her acting career.

“With theater, you go to an audition and you either get the part or you don’t,” she says. “The theater world is a bit more organized than the music world in that respect.”

Besides learning how to market herself as a singer, Barta’s biggest challenge figures to be living up to the expectations of the Patsy Cline fans who pick up her album. On that front, she’s confident — she even plans to sell copies of Crazy at her theatrical performances.

“A long time ago, I gave up the notion that I have to sound exactly like her,” Barta says. “I think I’ve learned some things from being around her presence.

“I have great faith in country-and-western music fans,” she adds. “I know there are still true-blue fans out there.”

And like Barta, most of them have been around the block a time or two.