Beast should roar, but whimpers along instead 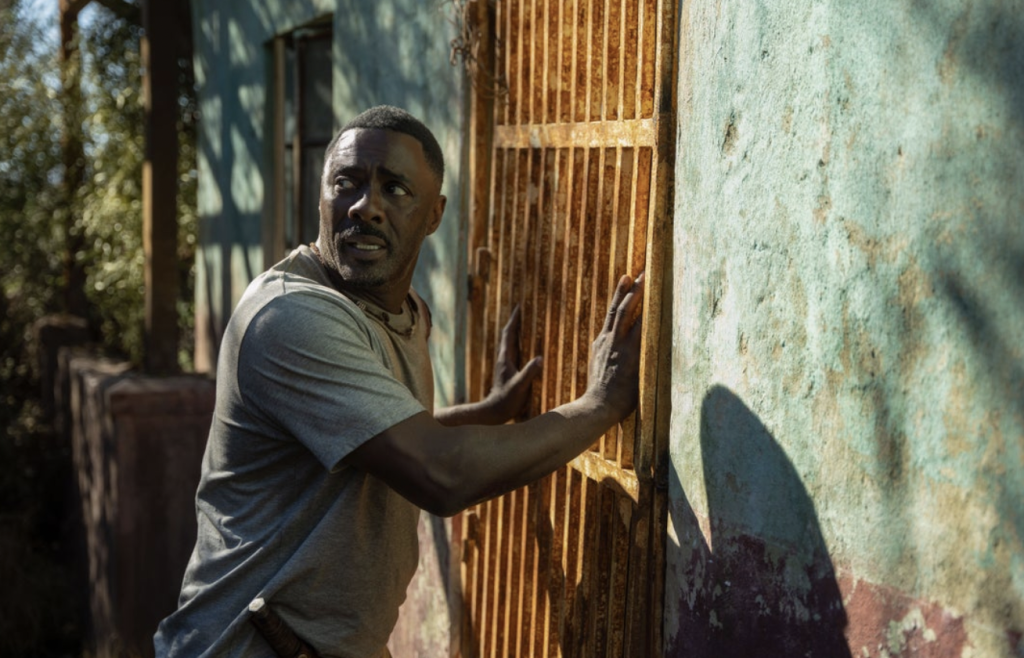 Every couple of years enterprising producers take a gamble on a modestly budgeted “nature attacks” film, a kind of cinematic middle ground between the monthly shlock SyFy once put out, and studio releases noted to death by execs in favor of marketability.

The latest entry into that vaunted arena, Beast, is in a weird corner all its own. It’s a $36 million picture, released by a major studio with a big name the center. The movie walks a fine line between being overly predictable and joking about that same predictability. The self-aware winking is fun until it becomes tedious.

As far as “sad stories that end up to a family making a trek to South Africa” go, Beast wins a couple of points. Dr. Nate Daniels (Idris Elba) and his daughters Nora (Leah Jefferies) and Mer (Iyana Halley) embarked on a trip to Africa after the recent passing of the girls’ mother. It’s a chance for the family to try and heal as a unit.

Opting to stay with close friend and game conservationist Martin (Sharlto Copley), the Daniels trio get special access to a wildlife preserve, getting up close to some of the most beautiful animals the country has to offer. The trek includes stopping in on a pride of lions. Noticing that one of the females appears injured, the group detours to a nearby village where more untold horror awaits them. In an instant, their ideal getaway turns into a frantic fight for survival.

Anyone sitting down for Beast does so for two reasons: because it has a killer lion, and because Idris Elba punches said lion in the face in the trailer. Those two elements are indeed present, but the journey to get there feels laborious, even at 93 minutes long. Something designed thoroughly to grab viewers by the throat shouldn’t feel as if it’s continually padding every scene.

Director Baltasar Kormákur stages most of the initial sequence as if it were straight out of a slasher, with the homicidal lion standing in for Michael Meyers or Jason Voorhees, with a seemingly supernatural ability to strike from anywhere with deadly precision. Cool idea. However, anyone who’s seen Kormákur’s past work (Everest, Contraband) knows he has a penchant for taking interesting concepts and turning in mediocre results.

In the case of Beast he pushes too far into the familial strife, without creating terribly sympathetic characters.

That’s a shame, seeing how directors like Jaume Collet-Serra (The Shallows) and Alexandre Aja (Crawl) have found a way to balance thrilling and maudlin to create memorable creature features. It’s possible to pull this off to critical and financial acclaim at about half the budget of Beast—with CGI critters that looked way better than this film’s monstrosity.

There’s no reinvention of the wheel in Beast unless you consider people making the worst decisions possible while staring down certain death as the height of art. Then, and only then, seek out this movie at your earliest convenience. It’s an absolute masterclass on how NOT to survive multiple encounters with a lion with the face of a zombie and the demeanor of someone who hasn’t had their coffee in 12 hours.