Beach House immersed the crowd at The Midland last night 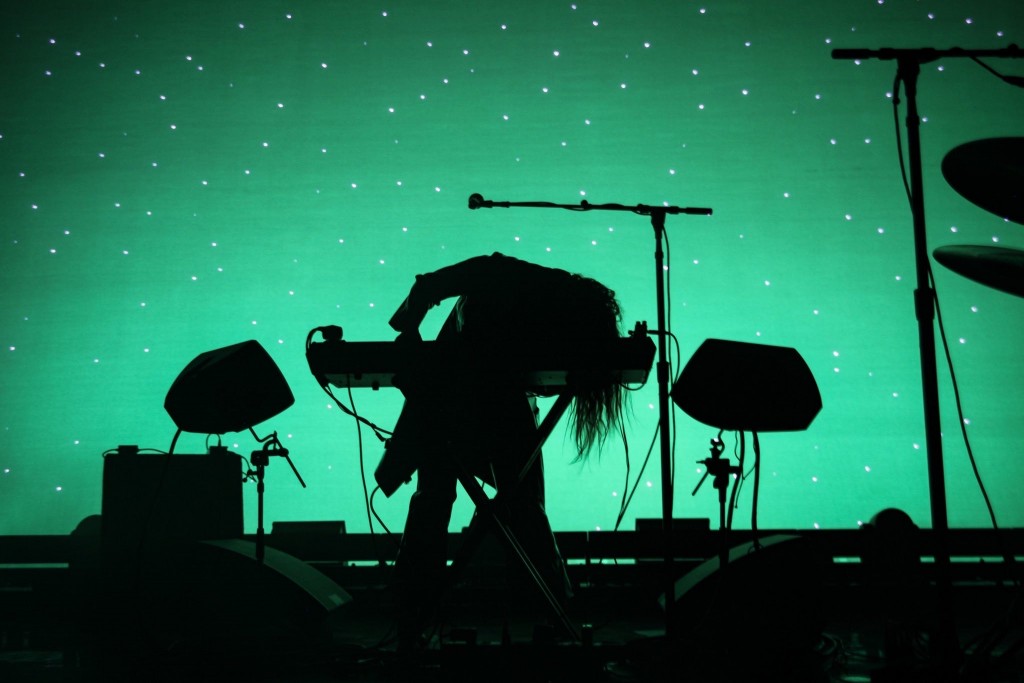 Beach House vibing at the Midland.

Last night, Beach House visited the Arvest Bank Theatre at the Midland for the first time since 2016. From the balcony to the pit, the show lived up to their hazy, beautiful instrumentals with an ambient light show of soft pinks, blues, and greens between stark shadows and dazzling brights. Their recently integrated use of orchestral strings gave rise to a cinematic sensory experience.

Colloboh, a 26-year-old Nigerian producer (also based in Baltimore), set the vibe for a dreamy evening with a modular synthesizer. An intermittent soft voice complemented by galactic-twinkle-stardust-butterfly kisses and glittery-synth-sunshine vibes tangled in dissonant beats, sporadic percussion, and buttery smooth basslines.

Colloboh began his set at 8 p.m. and explored a few of his experimental electronic pieces—songs you could walk to your day job with, setting the mood for a confident, smooth, and stimulating day. On the contrary, they were songs you could wind down from the club with.

The switch-ups between and within pieces and within pieces were nothing short of dynamic, forcing us to keep our ears open and eyes peeled. By the end of his performance, we heard several mumbles—”What’s his name again? I like him. I think he has merch, let’s check then…”

He did, in fact, have merch and was waiting by the table to say hey to everyone after the show. You can find Colloboh’s merch digitally on Bandcamp.

Beach House came out at 9 p.m. after fog crept out on the floor and up into the instrumental setup. A mellowed out crowd electrified when the lights dimmed, cheering for the arrival of the duo—Alex Scally and Virginia Legrand—joined by their touring drummer James Barone.

The first two songs, “Once Twice Melody” and “PPP,” were kept dark with only a few streaks of light illustrating the occasional silhouette. The shots below capture “Dark Spring,” “Lazuli,” and “Pink Funeral”—ranging from the same twinkle reflected in the opener, to a darker and much more cinematic vibe.

The rest of the show allowed for a more serene backdrop, with projections of the keyboard, guitar, and drumming artistry layered in depictions of florals and roads that led to their most well-known piece, “Space Song.” The energy in the room was transcendentally nostalgic, hopeful, romantic, and carefree and  exactly what created our love for concerts to begin with.

To feel this again—after a long, dark era of sparse shows—made our night. Performance is immersive, and immersed, we were.