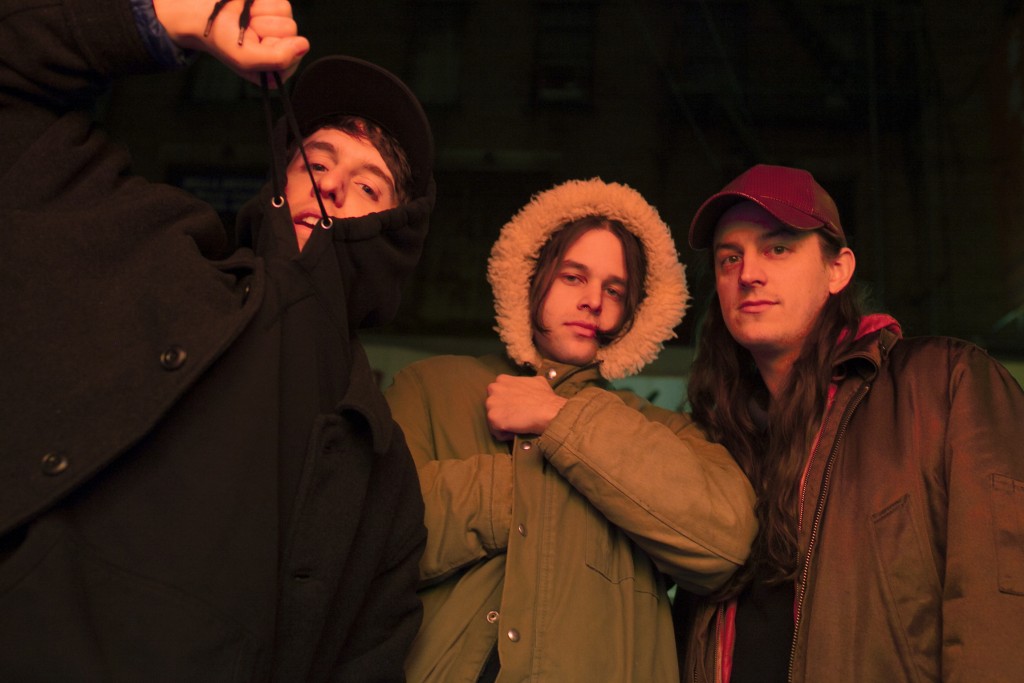 When Dustin Payseur, the creative force behind the dream-pop band Beach Fossils, is asked about the first music he remembers resonating with when he was young, his answer is a surprise.

“My dad had a Rage Against The Machine cassette,” Payseur says. “I remember hearing that and just being like, ‘This is amazing.’ I borrowed it from him and listened to it over and over and over. It was the only thing I listened to and I was obsessed with it, you know? I think that was maybe the first time I really got obsessed with music.”

A band engineered to provoke and overwhelm, Rage Against The Machine is an odd starting point for a musician credited for helping to pioneer lo-fi dream pop. It’s a nostalgia-inducing genre adorned with thoughtful, symmetrical guitar arrangements, thick, verb-heavy vocals that buoy sincere lyrical narratives, and scrappy, work with what you’ve got music production.

Payseur had no way of knowing it, but he was on to something big when he formed Beach Fossils in 2009. Since the project’s inception more than a decade ago, the center of the indie-rock universe has drifted away from bands like Arcade Fire and Grizzly Bear to the likes of Mac Demarco, Real Estate, and Beach Fossils.

Nu metal might have been the first music to capture Payseur’s attention, but he quickly moved on to other music that was more reminiscent of the work he’d go on to create as an adult. He credits The Byrds, a mid-60s era rock band he discovered in his youth while growing up in North Carolina, as being his biggest vocal influence.

“Those rich harmonies are just so beautiful,” he says.

Brushing the proverbial dust off after a long live show hiatus, Payseur concedes in a raspy voice that his songs have evolved far past their humble lo-fi origins, and acknowledges the limits of categorizing music by genre.

“I think it’s funny how people always use certain phrases that describe the way music is recorded and released as a genre,” Payseur says in a hushed tone to save his voice for that night’s show. “Like, lo-fi just means that the music has low fidelity, and really that’s like a song-by-song basis thing, not a genre. It’s the same with the way people use the word ‘indie.’ It used to mean something that’s not released on a major label, and people now use that term as a genre as well. I feel like people put certain labels on things and they just stick with it, like, that’s what this is forever. I record all my own albums and release them on my own label, so in that sense, it is quote-unquote, indie.”

It wasn’t an accident that Beach Fossils’ 2010 self-titled debut was lo-fi, says Payseur. Led by charming, interwoven guitar lines and gauzy vocals, critics fawned over the record, which was inspired by artists from the 60s, 70s, and 80s who made albums with limited budgets and less than ideal recording setups.

“I didn’t really own any gear, but I was like, I’m still gonna make a record,” says Payseur.

When you learn that Payseur was in a nasty bout with depression when he wrote the album and used the writing process as an escape, the album takes on an eerie emotionally detached tone that almost borders on desperation and defiance.

“The way that I made my first record was that I was really depressed and I basically was writing happy songs as a form of escapism,” Payseur says. “It was just kind of like, this is where I want to be, this is how I want to feel, and pulling that out so I could be more in that world. After that, I slowly realized that I could also write sad songs that would resonate with people as well.”

Released in 2017, Somersault revealed a band that had matured emotionally and creatively in profound ways over the span of eight years and three albums. While Beach Fossils began as a stripped-down sonic vehicle to provide its founder with emotional relief, the band’s most recent record deftly showcases Payseur’s inner world in an unguarded, high-fidelity candor.

Shimmering guitar lines flank gorgeous string sections that sound written and recorded by big-budget movie composers, not young indie rock musicians from Brooklyn without previous orchestral scoring experience. The record is musically pristine and rich with emotional nuance. It mirrors the nostalgic feeling and sturdy comfort of throwing on a sweater on the first cold fall day after an oppressively hot summer.

Somersault presents things as they are, and not as its authors wished they’d be. The result is a disarming record that is fully accepting of its listeners. Payseur sings about his faults, fraying friendships, and a desire to change for the better.

Unlike most musicians, the pandemic has been kind to Payseur. With thousands of shows under its belt, Beach Fossils has operated as an unstoppable touring machine since morphing into a live band in 2009 but was forced to put shows on hold after the world locked down in March 2020.

“I actually feel like I’m in a really fortunate situation where we were able to have that time off,” Payseur says. “I also became a father during that time. Otherwise, I would’ve been on the road, but I got to spend the past year and a half with my daughter constantly, which was amazing because she’s like a different person every day and I’m glad that I didn’t miss out on anything.”

Many artists planned fall and winter shows during the early optimistic days of summer only to cancel their tours a short time later in response to the Delta variant-related lockdowns and shuttered music venues. Lucky for Beach Fossils fans, the band is following through with its fall tour, which will bring them and label mates Wild Nothing across the United States throughout October and November.

While Payseur didn’t mention plans for a Beach Fossils album of new songs on the horizon, the band is slated to release The Other Side of Life November 19, which he described as a jazz record of their most beloved songs.

“This Year (Piano),” the first single from the new record, is reminiscent of Vince Guaraldi’s “Christmastime Is Here.” To make the record, Payseur enlisted the help of New York-based jazz musicians, friends of his who reworked Beach Fossils tracks into laid-back piano-driven ballads.

With the absence of reliable live music over the past year and a half, there’s a tangible relief and even giddiness in the thought of Beach Fossils hitting the road and charming audiences with their songs night after night as if the world was normal again. It’s unclear whether vaccines will blunt the gravest social impacts of COVID-19 or if the virus will continue to evolve in ways that further complicate the live music industry and thwart its plans.

Regardless of how things shake out, it’s comforting to see Beach Fossils showing up for their audience to help them feel seen and understood, especially now that we know how precious and uncertain in-person experiences can be in these pandemic-stricken times.