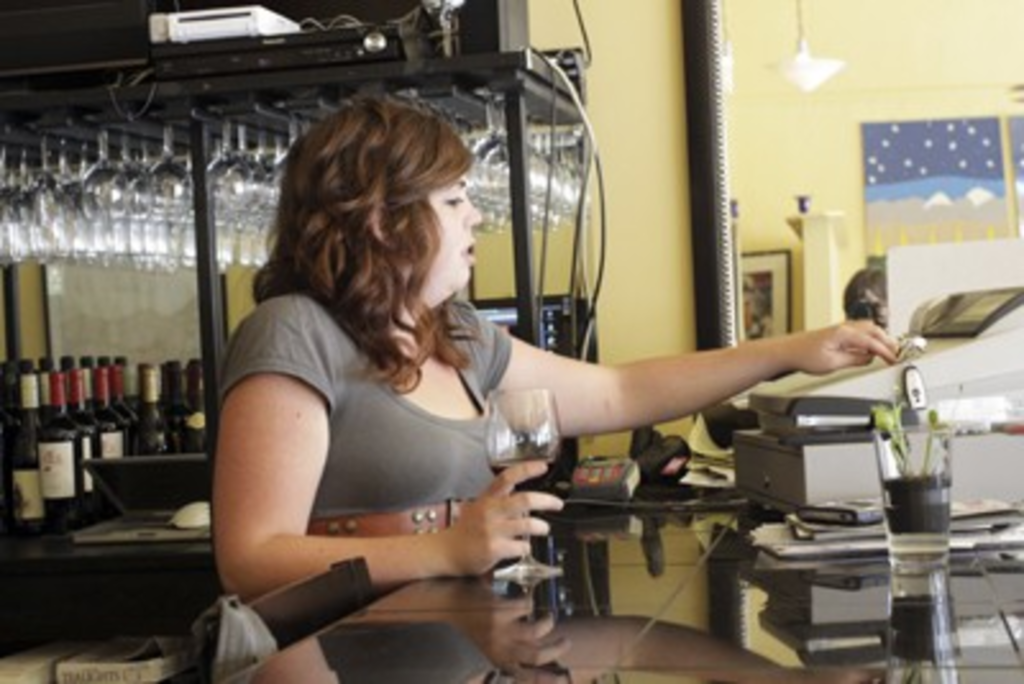 I love independently owned restaurants. I loved working in them, and I certainly prefer eating in them. At big chains, the food is uniformly consistent and often less expensive than at small, chef-owned establishments — it’s just never quite as tasty or interesting. But the little restaurants can have eccentricities, good and bad, that their big rivals don’t.

Take, for example, Oak 63, the attractive little bistro at the corner of 63rd Street and Oak. It’s owned and operated by J.B. Bremser, a talented and iconoclastic young chef who runs the place in an eccentric fashion. I’ve tried to eat there more than a few times, only to find a note taped to the front door announcing that it’s closed for some personal holiday or for a private party. One evening, I stopped in for supper with a couple of friends, and we were informed that the kitchen had “sold out” of several items. We sat at the bar and looked over the menu at the handful of dishes that were still available and suddenly heard a scream, followed by a mournful wail. One of the patrons with a large, well-lubricated party had taken a tumble down a flight of stairs leading into the basement.

“She thought she was going into the bathroom,” a server told us.

My friend Bob decided that this was one too many bad omens, so we left to find a dining room with less drama.

I had hoped to review this restaurant much sooner, but it wasn’t always simple just to eat there. Applebee’s, it ain’t. In fact, it’s not even as accessible as Café Maison, the charming Gallic-style bistro that previously occupied the space, even though Café Maison had two different owners and its own array of peculiarities.

But now that I’ve eaten two lunches, a Sunday brunch and one leisurely dinner at Oak 63, I can say that it’s well worth the effort it takes to get past the front door. And, I’m happy to say, I was never in danger of falling down a flight of stairs.

Last week, I stopped in for an early dinner by myself. Having taken along a good book, I took one of the tables by the big sunny windows fronting 63rd Street. Only one other table was occupied, but the server explained that business starts slowly at the beginning of the week and picks up on weekends.

A friend of mine, who dines there frequently, tells me that Bremser’s bistro doesn’t attract the same business that Café Maison did in its heyday, but he insists the food is much better. “It’s very hard to find a dish on the Oak 63 menu that’s not exceptional in every way,” he says. “That was not the case at Café Maison.”

I always thought Café Maison, which started as a modest coffeehouse and later added an appealing lunch menu, was limited by a shockingly tiny kitchen. Bremser’s kitchen doesn’t look that much bigger to me, but the dinner choices are a lot more sophisticated, including many of the signature dishes that Bremser used to offer at his previous boîte, a little joint in the back of a Crossroads furniture store called Chez B that I reviewed five years ago (“Chez Hooray,” April 29, 2004). Those dishes include steak frites (with the best pomme frites in the city) and a mustard-crusted pork tenderloin.

This menu was a single sheet of paper with a list of three salads, one soup, a couple of starters and seven or eight tempting entrées. As I wavered between ordering the spinach salad with roasted beets or a cup of the creamy Italian tomato soup, I noticed the music, which ranged from classical to jazz to velvet-voiced Mel Torme warbling the 1967 pop tune “Happy Together.” In my own little reverie, I decided it was the perfect tune for combining butter and a warm baguette.

“We usually bake our own bread here,” the pretty young waitress told me, “but this is from Farm to Market.”

I didn’t mind. I like Farm to Market bread under any circumstance, and it was especially nice with a cup of the delicately seasoned creamy tomato soup, surprisingly soothing even on a hot summer night.

That night, I treated myself to a classic Bremser dish: four exquisitely prepared lamb chops, marinated in olive oil, rosemary and black pepper and perfectly grilled, then served with a few sprigs of grilled asparagus and a mound of fluffy mashed potatoes. It was a glorious meal, although its finale, a little porcelain bowl of chocolate mousse, missed the mark. It was intensely chocolate, but the texture was disturbingly sleek and sticky.

I tasted a much more elegant dessert — a frequent Oak 63 offering — while lunching with my friend Patrick last month: a bubbling hot compote of blueberries, blackberries and red raspberries under a crunchy pastry crust.

That was also the meal when I realized that Oak 63 doesn’t offer much in the way of vegetarian fare: Patrick isn’t a vegan, but he won’t eat anything that ever moved, which leaves seafood out of the picture. So while I had the first-rate fish tacos, prepared with lightly sautéed tilapia in a soft tortilla with fresh greens, Patrick enjoyed a heaping bowl of macaroni smothered in a thick, gooey five-cheese sauce.

Because the late Café Maison did a brisk Sunday brunch business, it made a lot of sense for Bremser to continue that tradition. The Oak 63 brunch — a dozen menu items, including those fish tacos and the mac and cheese, rather than a buffet affair — is exceptional. It hasn’t really caught on yet with the neighborhood crowd (which seems to be flocking to the more elaborate setup at Avenues Bistro several blocks west), but on the morning I brunched with Franklin, Wendy and Eddie, we were definitely happy together while sharing eggs Benedict and corned-beef hash. Franklin, a real stickler when it comes to traditional eggs Benedict, raved about Bremser’s version. “It’s real hollandaise,” he proclaimed after the first bite. “Not something cheap and imitation, like you find at a lot of restaurants. And the eggs are perfect.”

Eddie ordered chicken salad on a toasted croissant, which was a staple of the Café Maison menu, although Bremser’s version is distinctly less sweet, made with sun-dried tomatoes and red onions. I ordered — and only begrudgingly shared — the hash, made with big, hearty hunks of corned beef and fried spuds. It’s such a substantial morning meal that I didn’t eat anything else for the rest of the day.

“This is such a darling little place,” Wendy said. “I didn’t even know it was here.”

That’s partly because the restaurant often looks closed when it isn’t, and sometimes it’s closed when it shouldn’t be. Just another one of those eccentricities. But now there’s a neon “open” sign in the window — if it’s on, don’t pass up the opportunity to eat there.