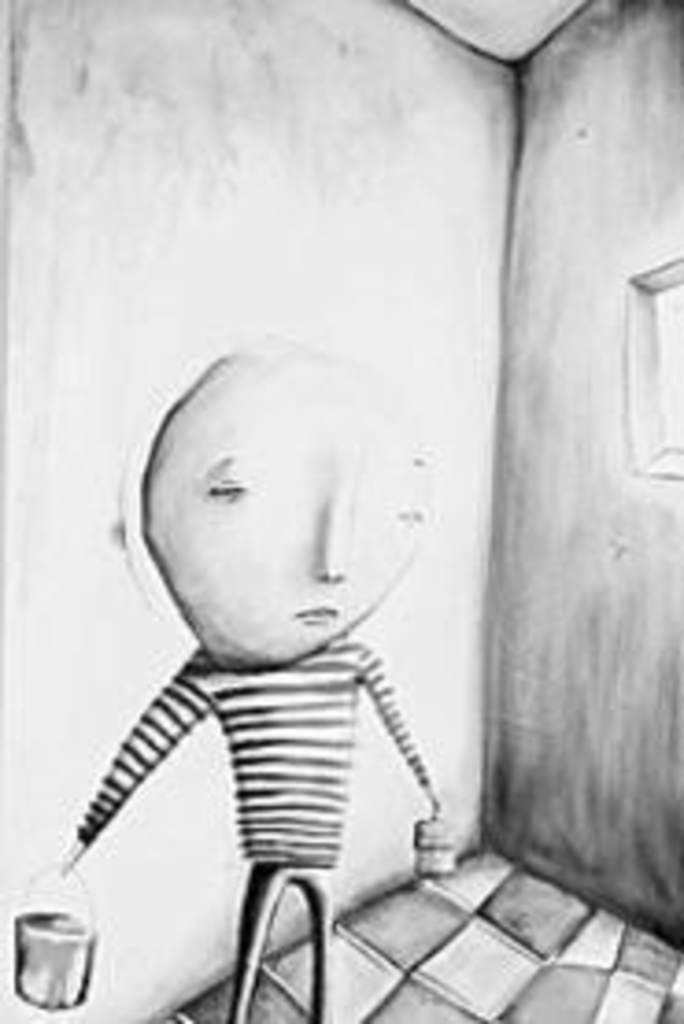 SAT 12/1
To ease the fear of failure, we recommend setting the bar low and making New Year’s resolutions that are doable. Take our sister’s list from a few years back: “Smoke more. Make pie.” Did she ever make a banana-cream confection? Nope. But was she able to up her nicotine intake? Most definitely. We haven’t interrogated artist Paul Flinders for his ’05 resolutions, but his artist’s statement leads us to believe that he might appreciate our recommendations about greeting the year. “If I plan a project to its exhausting detail, my work often loses its fresh quality and ends up in the trash,” he writes. Contemplate overplanning when Flinders’ show of mixed-media works on paper, A Bird, I Wish I Were, opens from 6 to 10 p.m. Saturday at Olive Gallery and Art Supply (15 East Eighth Street in Lawrence, 785-331-4114. — Rebecca Braverman

Flapper’s Delight
Do the Charleston at this New Year’s ball.

FRI 12/31
From 1905 to 1907, Remigius Achille Caenen, who immigrated with his family to Kansas from Belgium in search of fertile land and the American dream, built a French-chateau-style home out of stone quarried from his vast acreage near Shawnee. The mansion (12401 Johnson Drive) is now home to Renée Kelly’s at Caenen Castle, which books parties for people seeking Old World vibes and a smattering of local history. We didn’t give a damn about the joint until we heard they were holding a swank Roaring ’20s New Year’s Eve party, featuring dinner, drinks and dancing in the spirit of the Lost Generation’s halcyon days. Cost is $50; period attire is preferred but not required. Call 913-631-4100 for reservations. — Jason Harper

Ween for a Day

SAT 1/1
Followers of Scotch Guard-huffing satirical pop duo Ween had planned on the band’s Midwest tour to provide an evening of drinking and song. Now that the tour is off, fans are instead putting their energy into listening to the duo’s albums and drinking. Helmed by DJ Konsept and DJ Cruz, Ween the Party starts at 10:30 p.m. Saturday at the Gaslight Tavern (317 North Second Street in Lawrence). Given that the shows were canceled because of what the band’s Web site calls “a problem within the band that required immediate intervention,” the bar is a perfect place to celebrate, with liquor to get groupies problematically drunk and a coffee menu to sober them up. Admission is $10; call 785-856-4330 for information. — Christopher Sebela