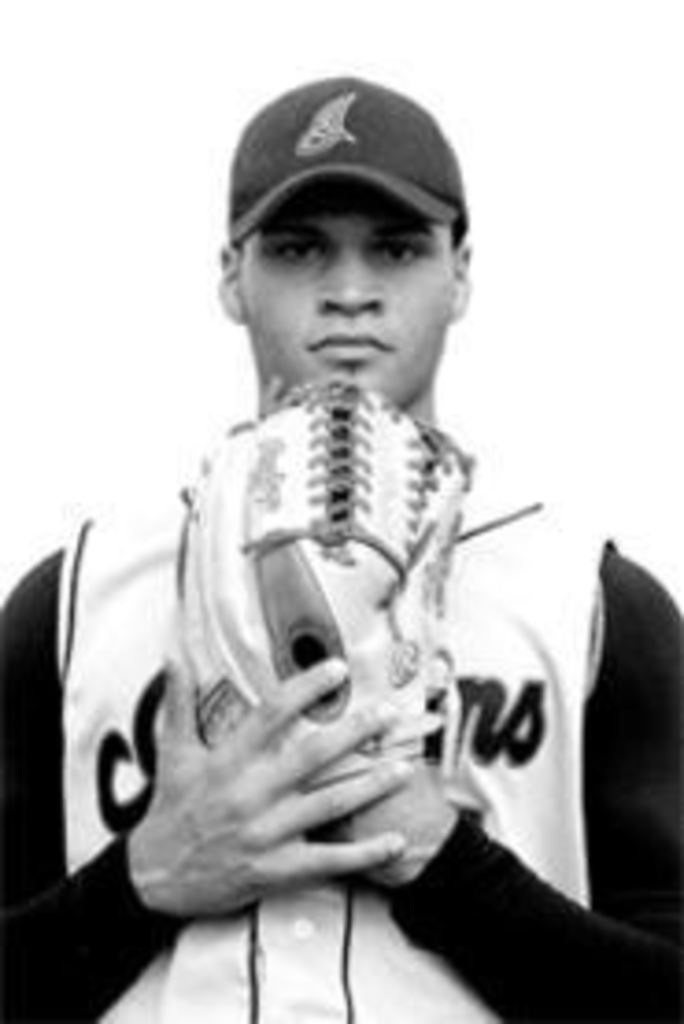 When Wil Pujols steps into the batter’s box, the eyes of a half-dozen major-league scouts are upon him.

Pujols is a senior at Fort Osage High School in Independence. His cousin Albert Pujols — the feared St. Louis Cardinals slugger — played on the same field and graduated from the same school in 1998, after emigrating from the Dominican Republic at age 16.

Those who saw Albert play in high school remember dazzling displays of ability, such as the time he hit a ball so far that the opposing team’s fans stood and applauded as he circled the bases.

For Albert, the cheering never stopped. In 2001, just three years removed from all-state honors at Fort Osage, Albert went all-world, hitting 37 home runs for St. Louis and winning the National League Rookie of the Year award. In four full seasons, he’s finished no lower than fourth in the voting for the league’s Most Valuable Player award.

On this particular day at Fort Osage, Wil Pujols impresses in the second inning, hitting a line drive up the middle for a single. He eventually scores a run. But in his next trip to the plate, Pujols is overeager and swings at the first pitch. Ball meets bat with a soft thud, resulting in a pop fly handled with ease by the right fielder. He strikes out in his final at-bat of the game, which Fort Osage wins 7-2.

For the scouts who have kept watch, the exhibition looks familiar: Pujols helps his team win, but he fails to dominate like Albert did.

Wil Pujols’ high school career is more earthbound than his cousin’s. His home runs come less often and do not soar as majestically. But his love for baseball is just as powerful. When Wil is not in class, he is on the field or in the weight room, honing his skills and shaping his body in hopes of following in Albert’s footsteps. “The only time you’ll see me at home is the time that I’m sleeping,” he says.

Soon, Wil will learn what his effort is worth. On June 7, Major League Baseball teams will draft players from U.S. high schools and colleges. Teams have been tracking Pujols the Younger. As Fort Osage was in the process of beating Winnetonka in the district finals on May 18, a scout from the Texas Rangers passed his business card to Wil’s father, Wilfredo.

Athletic prowess runs in the family. Wearing a Cardinals T-shirt with the sleeves cut off, Wilfredo looked able to grab a bat and start roping fastballs. His son is a sleek 6 foot 1 and 185 pounds. Wil mimics elements of Albert’s batting style; he rocks serenely, like a boat in still waters, as he awaits the pitch.

Wil emulates more than Albert’s swing. “I idolize Albert a lot — his work ethic, the way he situates himself everywhere he goes,” says Wil, who plays right field. “I idolize ballplayers like Carlos Beltran and Torii Hunter, the outfielders. But the way I look at it, the person I idolize the most is Albert, because he showed me the path. He showed me the way.”

If Wil joins his cousin in the majors one day, he will have succeeded under much different circumstances. Albert struggled with the English language in high school, but Wil is fluent, having lived in the United States for ten years. When Albert arrived in Independence, his extended family (“I probably have around 11 uncles on my dad’s side of the family,” Wil says) subsisted on bus drivers’ and janitors’ wages. Now la familia orbits wealth and fame. Wil wears slick Nike shoes and works out with professional trainers and hitting coaches. He and other family members fly frequently to St. Louis to watch Albert play.

It was only last year, though, that Albert signed the contract that guarantees him $100 million. Wil knew hard times when he lived with his parents in New York City, before he arrived in Missouri. “It wasn’t a very good life till we moved here,” Wil says, sitting in the office of a school district official and athletic booster named Phil Caldarella. The walls of Caldarella’s office are plastered with totems of Albert’s greatness.

Moving to Independence “was a shock at first,” Wil says. “I had really never seen cows or grass or anything like that, but I adapted to it.”

The name Pujols guarantees that he will receive attention, even if his stat sheet doesn’t inspire superlatives. (He’s hitting .306, with 4 extra-base hits in 36 at-bats.) The name also brings expectations — none heavier than Wil’s own. “He puts a lot of pressure on himself,” Caldarella says.

An injury provided Wil a temporary release. In April, he underwent arthroscopic surgery to remove loose cartilage in his right knee. He missed 12 games. The time away from the sport frustrated a player who spent his last summer in the baseball-mad Dominican Republic, taking the field most days at dawn. But the layoff also provided Pujols with what he calls “a break from life.”

“I just got to sit back and watch the games [on television], like I did when I was young,” he says. “I got used to being in the games so much, you know? Sometimes you concentrate too hard, it doesn’t become that much fun. But now that I’ve watched so many games, you know, I’m ready to get back out there.”

In his return game, Wil hit a home run. “It felt pretty good,” he says. “I wasn’t even at 100 percent.” Noting that Fort Osage lost the game, however, he tamps down his joy to a level appropriate for a team player. “After I graduate, after I get my diploma and we win state or whatever, then I’ll worry about myself,” he says. “But right now, I’m worried about the team, because this school gave me a lot, so I’m trying to put something back to it.”

Wil, 17, runs and throws well. He’s bright. The aspect of his game that needs the most improvement is the one at which Albert excels: hitting.

In a game earlier this season, Wil made outs in all three of his at-bats, striking out twice. He also committed three errors in the field. Still, he managed to impress a scout from a National League team who watched the game. “He didn’t have a particularly good day,” the scout said afterward. “But he played as hard as you can ask a kid to play. Some kids pout when they have a game like that.”

Because he doesn’t hit 450-foot home runs, opposing coaches aren’t whispering any suspicions that Wil is of legal drinking age while he attends Fort Osage. Albert, on the other hand, caused some to wonder whether he was truly a man among boys.

Caldarella says Albert may have looked like an adult, but his attitudes and mannerisms were those of a teenage kid. “I’ve always said, and I still contend, unless there’s something that proves otherwise, I, personally, have no reason to believe he’s not his legitimate age,” he says. The murmurs followed Albert to St. Louis, but the Cardinals media guide insists that he is only 25.

More mysterious than Albert’s age is how he wasn’t selected until the 13th round of the 1999 draft. For Royals fans, the oversight is especially painful because Pujols played in the team’s backyard, first at Fort Osage, then a season at Maple Woods Community College.

No one anticipated that Albert was going to be so good so soon. “But if any team should, it should have been the Royals,” says Rany Jazayerli, a Wichita native who writes for Baseball Prospectus, a Web and book publisher of stats-minded baseball analysis.

The Royals whiffed on Albert in 1999, Jazayerli says, because the team was obsessed with finding pitchers who might quickly replace the stiffs on its big-league roster at the time (remember Jay Witasick?). Kansas City selected nine college pitchers before the 13th round.

“I think the Royals were aware that Pujols was a good young hitter,” Jazayerli says. “I just think they allowed the needs of the moment to overwhelm them and drafted guys to fill a weakness on their team rather than draft the best available player.”

Albert’s success may prompt the Royals or another major-league team to give his young cousin the benefit of the doubt in next week’s draft.

“Since they did miss on Albert, I’m sure they’re taking a real good look at him,” says Maple Woods head coach Marty Kilgore, who admits to being baffled by the logic of draft day.

Kilgore has talked to Wil about playing for Maple Woods, a formidable junior-college program, if he goes undrafted. Wil could also return to the Dominican Republic, where it’s never hard to find a game.

He remains upbeat about his prospects, despite the injury and this season’s so-so statistics. “Whatever happens, happens — that’s what I always say,” he says. “But I know baseball is still in my future. Nothing’s going to stop me, man.”