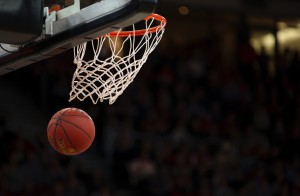 The University of Kansas announced men’s basketball head coach Bill Self has signed a lifetime contract.

His other contract was set to expire next March but his new contract is a five-year rolling agreement that automatically adds one year at the conclusion of each season for the remainder of his career.

“We believe in Coach Self and we believe in the future of our program under his leadership, and we are thrilled that he will continue to be a Jayhawk for the rest of his coaching career,” says University of Kansas Chancellor Doug Girod.

Self has been an integral part of Kansas Athletics, leading the men’s basketball team to a national championship in 2008. He has 15 Big 12 titles and 17 NCAA Tournament appearances under his belt with the Jayhawks.

Interim Director of Athletics Kurt Watson says Self has meant a tremendous amount to the Lawrence community.

“I have known Bill for many years, but working closely with him over the past few weeks in my current role has shown me even more so on a daily basis how deeply he cares about this program,” Watson says.

According to KMBC, the University of Kansas has not released any details about Self’s new salary but he made more than $4 million annually under his old contract. The announcement of Self’s new deal comes one day after former Jayhawk coach Roy Williams retired at North Carolina.

This season did not go as well for the Jayhawk’s men’s basketball team as fans had hoped. The team had to withdraw from the Big 12 Championship due to a positive COVID-19 test. After a 34-point loss to the University of Southern California, KU was eliminated from the NCAA Tournament.

With many months to go until next basketball season, Self has time to help the team shake off these defeats and head into next season with a vengeance.