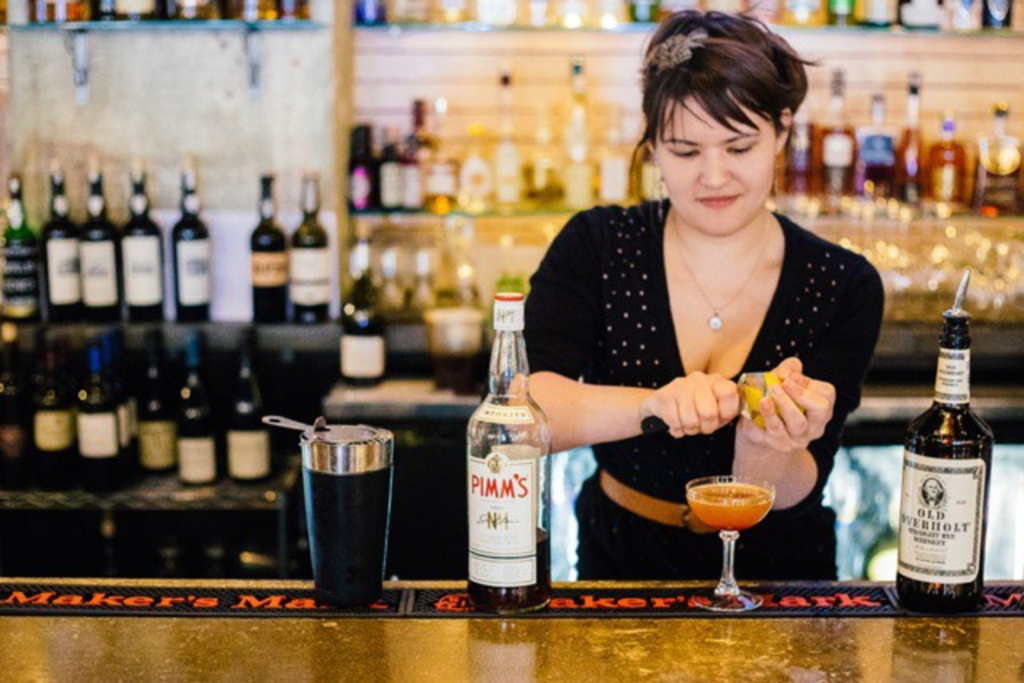 When I walk into Affäre at 4 p.m. on a Wednesday, the tables are immaculately laid with pristine white linens and brightly polished place settings. The big room is empty, making the walk to the immense concrete bar at the back of the restaurant feel long. Chelsea Almeida, Affäre’s dedicated head bartender, gives me a bright smile when I find her.

Almeida has the warmth and energy of a barista, but she easily summons a bartender’s authority, too. As we talk possibilities, she points to various spirits on the shelves and thinks aloud what she might mix for me.

“What’s your favorite thing right now?” I ask her, trying a different route.

“I really love Pimm’s, actually,” Almeida says, pulling a bottle of Pimm’s No. 1 from its spot and setting it in front of me. I consider myself familiar already – a stance she has predicted and is ready to outmaneuver.

“It may surprise you,” she says, as she sets about retrieving the rest of the ingredients she has decided upon: Old Overholt rye, a lemon, a small bottle of bitters.

“The No. 1 is a gin-based liqueur out of England,” Almeida tells me as she works. “There are seven different numbered Pimm’s, but you can’t really get any besides the gin and the vodka [the No. 6] – the rye and the brandy and the rum are all, sadly, phased out. And the original Pimm’s cocktail is just Pimm’s No. 1 and lemonade. The other Pimm’s Cup elements came later.” 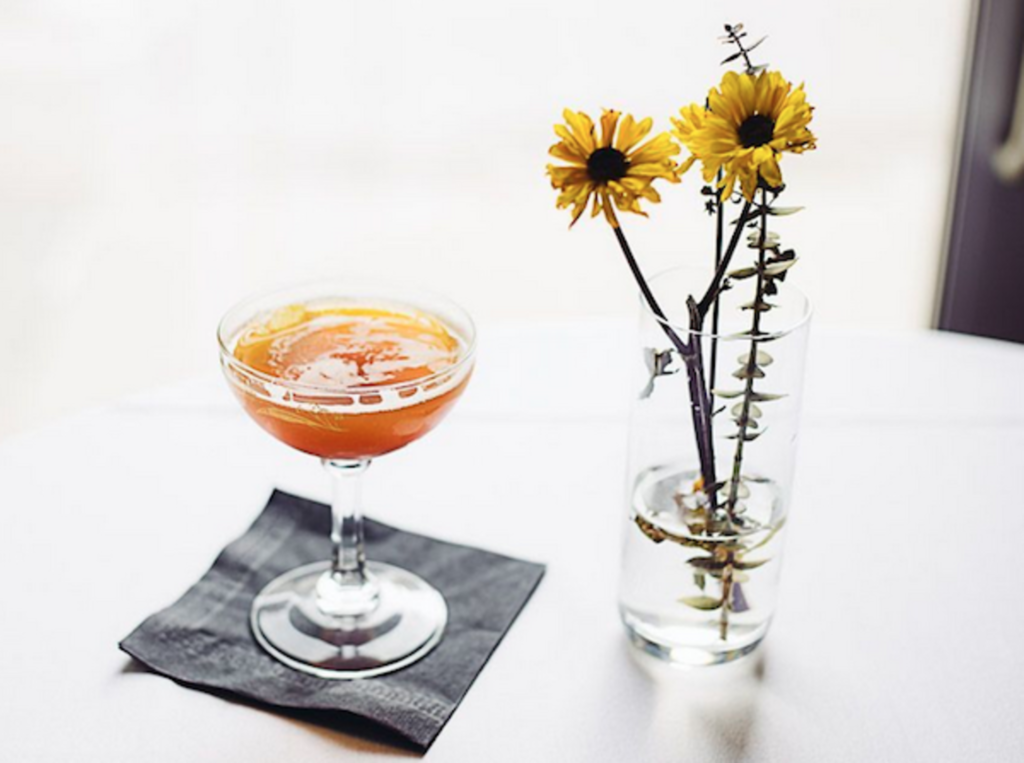 Affäre’s Pandora stream is set to a Paul Simon station, and Almeida lightly sings along to Elton John’s “Your Song” as she shakes a mixture and strains it into a dainty coupe glass. She garnishes the drink with a lemon peel and puts it in front of me. It’s a rich, deep amber, and Almeida darkens it further by topping the drink with a teaspoon of port. I’m used to Pimm’s in the summer, but the cocktail Almeida has prepared reminds me of fall leaves and misty mornings.

Almeida has again read my mind. “Pimm’s does make for a great fruit-based summer drink,” she says. “It’s called a fruit-cup liqueur, so there’s a lot of strawberries and oranges. But it’s summery without being light. There’s some heaviness to it.”

I take a sip and find the heaviness, but not in a thick, syrupy way suggested by the drink’s dark color. I taste something similar to a lighter version of an Old Fashioned. The rye tamps down the sweetness, and rather than adding simple syrup or other sugars, Almeida has opted for orange bitters and port, the better to bring out the fruit notes already in Pimm’s. Almeida’s clairvoyance has paid off: I’m surprised and pleased.

“There’s so much in Pimm’s itself,” Almeida explains as she pours me a straight taste. “It’s very compacted, and there’s a lot of room to pull other flavors out of it. You can get sweetness. You can get dry. You can get fruit. Sometimes you can get bitterness.”

Even on its own, the Pimm’s No. 1 offers an unexpected buoyancy, an airiness, like a liquid that has been laced with pollen rather than thickened with honey.

I sip and she goes on: “It’s like wine that way – you can taste a million different things in it. I like hearing what other people think it tastes like, and I’ve had a lot of fun playing around with it.”

Almeida says: “Shake all those ingredients with ice, then strain into a coupe glass. Garnish with a lemon peel. Float one bar spoon of port if you like – I used Taylor Fladgate Late Bottled Vintage 2009.”