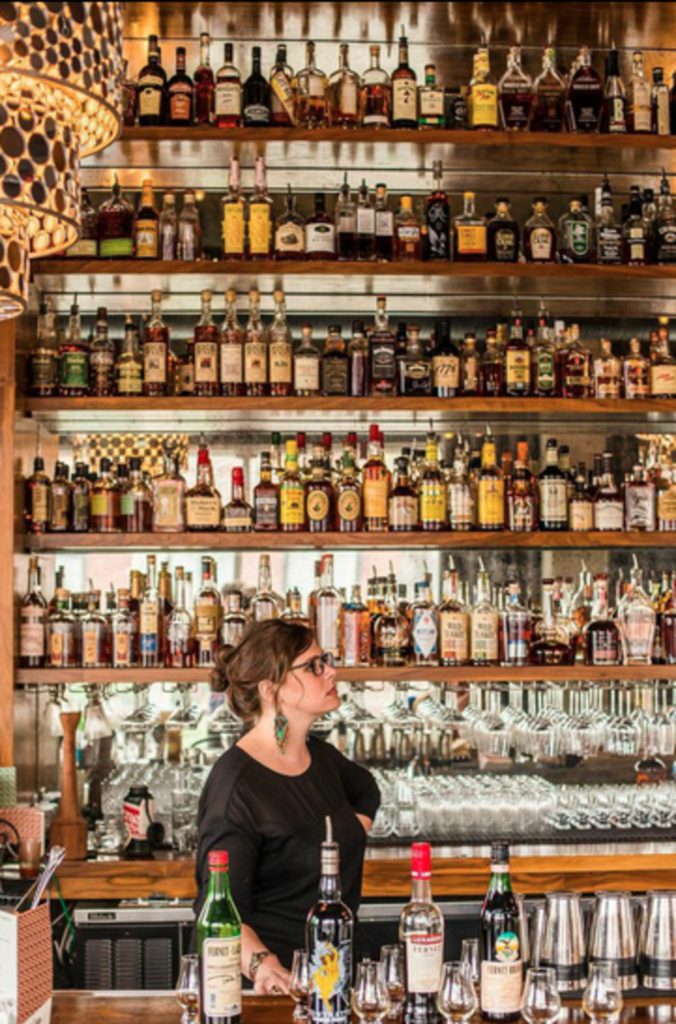 It takes very little to convince Katy Wade that we should sample some fernet — just four words, in fact.

An hour before Westport’s Julep opens its doors on a bright weekday afternoon, I drop by to see Wade and say, “I’m thinking about fernet.” I’m barely done picturing my usual Fernet-Branca bottle when I see that she has, with a wide smile, assembled a four-brand lineup of the Italian amaro.

“I love dark amaros, especially fernet,” Wade says of the beverage long known as “the bartender’s handshake.” She explains: “To go to a bar and order a fernet and a ginger ale meant that you knew what you were doing. You were in the know. Now, pretty much everyone knows about it — it’s not just an industry thing anymore. Which is great.”

We start with the branca.

“When people ask me what Fernet-Branca tastes like, I tell them it tastes like grown-up Jägermeister,” Wade says. “It has that herbal quality to it, but it’s way better and not as sweet as Jägermeister.”

The Luxardo is lighter and smoother, with toffee and almond notes. The Contratto is heavier than the branca, far mintier and sweeter, with a syruplike weight that suggests vermouth. And Lazzaroni hits me as strange: lightest in color and weight of Wade’s four fernets, with a heavy herbal profile. It’s almost shockingly bitter, with the few sweet notes carrying a hint of peppermint.

I like the Contratto best. Wade prefers the Luxardo. So we agree that it’s the latter that belongs in the first whiskey cocktail of the afternoon. Julep’s mammoth shelves are packed with the stuff — more than 300 bottles of whiskey — so I ask Wade to pick. She pulls down a bottle of oat whiskey from the Koval distillery in Chicago. 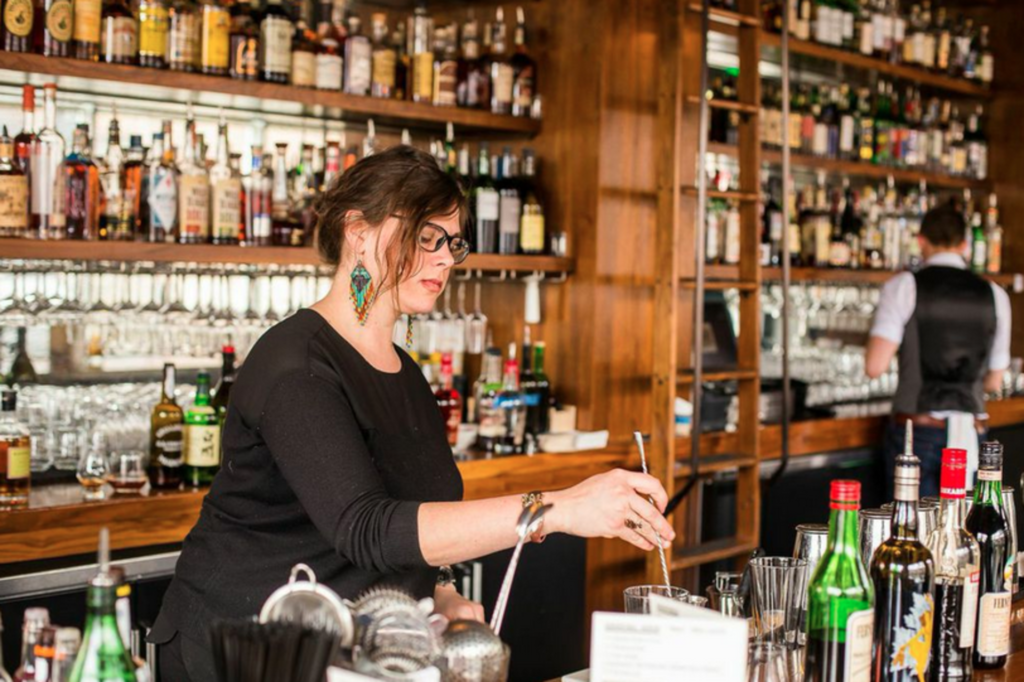 “The caramel notes in this should work well with the Luxardo,” she says as she combines both ingredients with Carpano Antica — a sweet vermouth — and a couple of dashes of Angostura bitters. She stirs the mixture over ice and then strains it into a coupe glass. She flames an orange over the dark, ruby-colored liquid.

“This is based on a drink I really like that had cognac and Amaro Averna in it, which is another Italian amaro that has a ton of coffee and chocolate notes,” Wade tells me. “Unfortunately, Kansas City has an Averna shortage right now, so I’ve been playing around with a bunch of different things. In this drink, I used the Luxardo Fernet in place of Averna.” 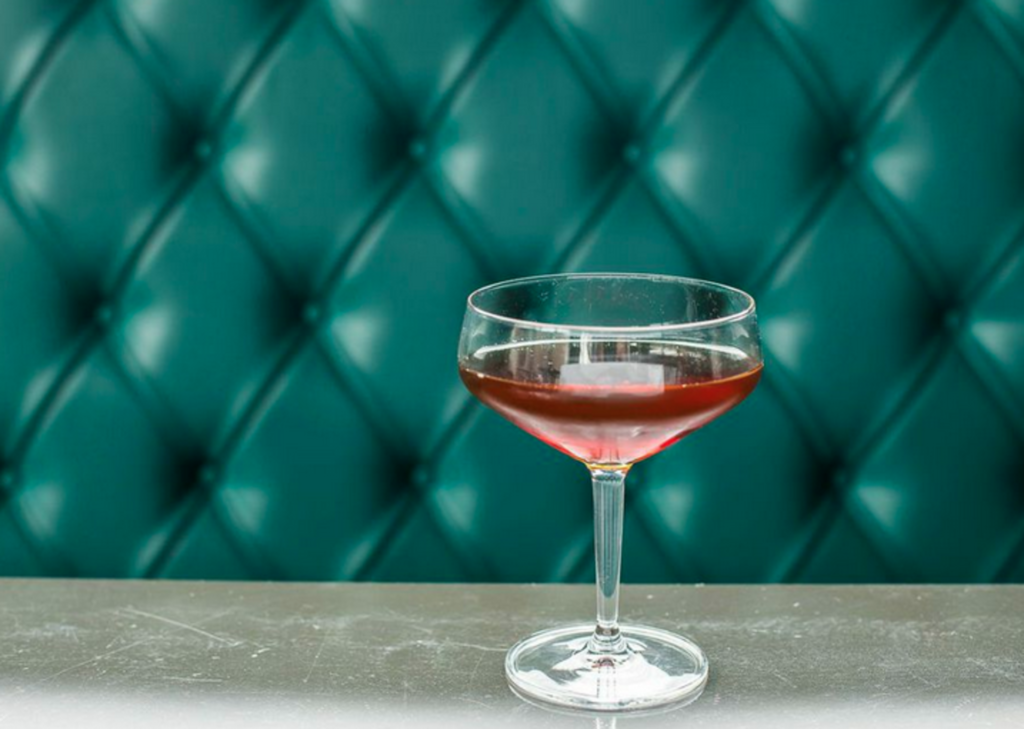 Despite the stiff recipe, this cocktail — she calls it Song of the Night — is relatively light. There are gentle spice flavors, thanks largely to the subtlety of the oat whiskey. There’s a noticeable absence of sweetness, which I don’t mind at all. As I sip on this straightforward little melody, Wade goes to work on her next creation. This one, she says, will feature the Lazzaroni and her favorite whiskey of the moment: Hakashu 12-year single malt.

“I’m super excited about the Japanese single malt, because not a lot of people are using it right now,” Wade says. “People come in here, and obviously the selection can be super intimidating, and our whiskey menu can be overwhelming. But usually, when someone tells me they want to try something new, I ask them if they’ve had a Japanese single malt. And they usually haven’t.”

Wade pours me a taste of this whiskey, so pale it could pass for white wine in a dark room. The nose is muted, with delicate citrus and flower notes — not unlike Dolin blanc vermouth — but the flavor is complex: melon and tropical fruit, then spice and bark. It’s a strong taste, but far from the eye-watering sip that comes with other single malts.

“Japanese single-malt whiskey doesn’t have to be under the same law as Scotch whisky,” Wade tells me. “They can use different yeast strains and blend from different barrels and still call it a single malt. Lots of people have this perception that blended whiskey is not good whiskey, but you can blend single malts and have them turn out really amazing. To me, this is a completely elegant whiskey. I’m so in love with it.”

Wade prepares this drink, the Bedtime Story, as she did the first: combining her ingredients — Lazzaroni, Hakashu 12, Madeira (a fortified Portuguese wine similar to sherry) and a house-made black-tea syrup — and stirring, then straining into a coupe glass. This she garnishes with a lemon twist. 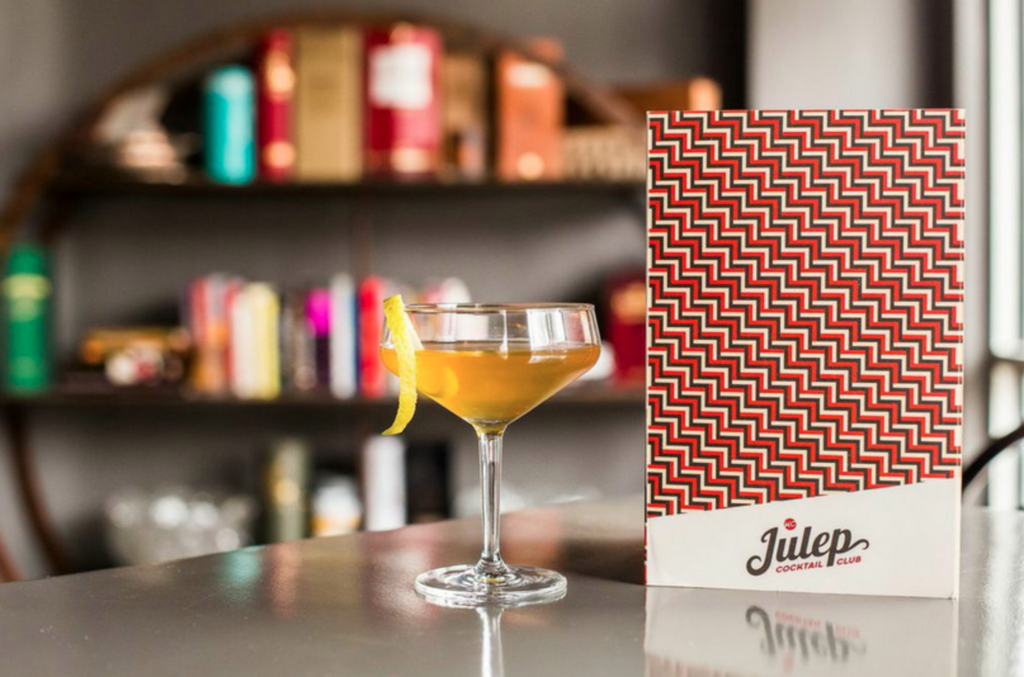 The Bedtime Story looks like liquid toffee. It’s a very polite cocktail, with citrus and a delicate tremor of acidity (thanks to the Madeira). The other flavors — red currant, apricot, baking spices — wash over one another gently. So gently, in fact, that I hardly notice how quickly this drink disappears.

By then, Wade is ready with her grand finale: the Industry Julep, a sno-cone scoop of crushed ice set inside one of Julep’s carved crystal high-balls and garnished with a full branch of bright mint leaves.

The amber-colored drink pays homage, Wade says, to Julep’s namesake and to fernet itself. She has used the classic Fernet-Branca, cognac — “that was how the mint juleps were made before the Civil War,” Wade says, “before there were embargoes from France” — and a light wash of absinthe. Rather than muddling mint in the drink, she has used the cold-steeped mint syrup that is Julep’s standard. 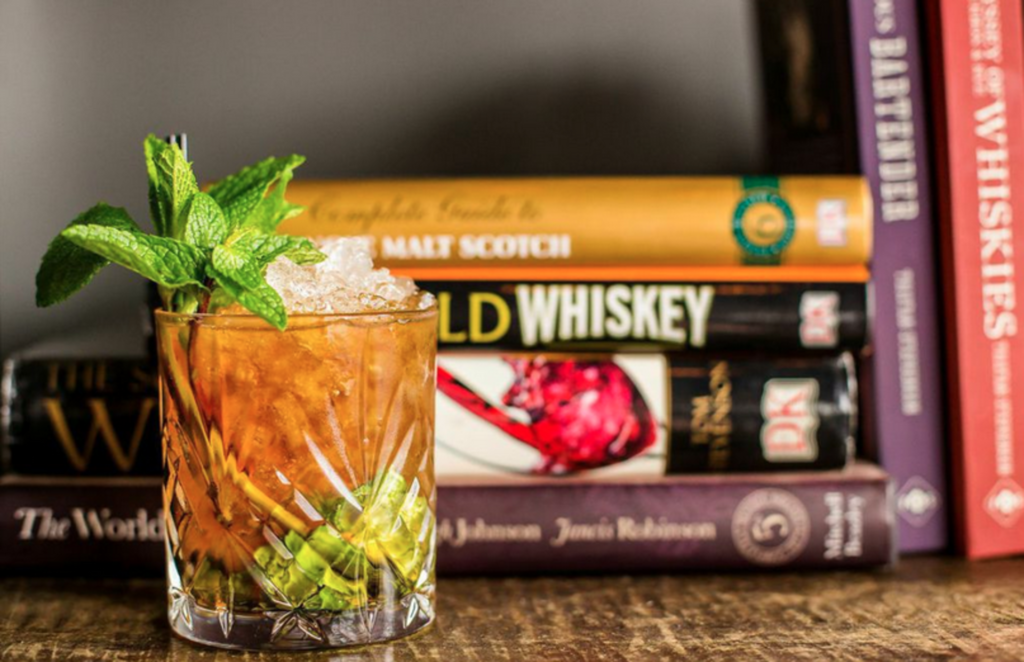 It’s breathtaking. The mint is beautifully balanced, refreshing and crisp. The absinthe and the fernet bring out powerful anise flavors in each other. The lingering finish reminds me of Coca-Cola and smoke. Once the Industry Julep is gone, I am tempted to ask for another.

“I have things to do today,” I tell Wade, weighing my decision.

“You know what they say,” she says, and I know what she’s going to say. “Fernet about it.”

Not enough whiskey for you? Don’t miss The Pitch‘s Bacon & Bourbon on Thursday, April 16, at the Guild.