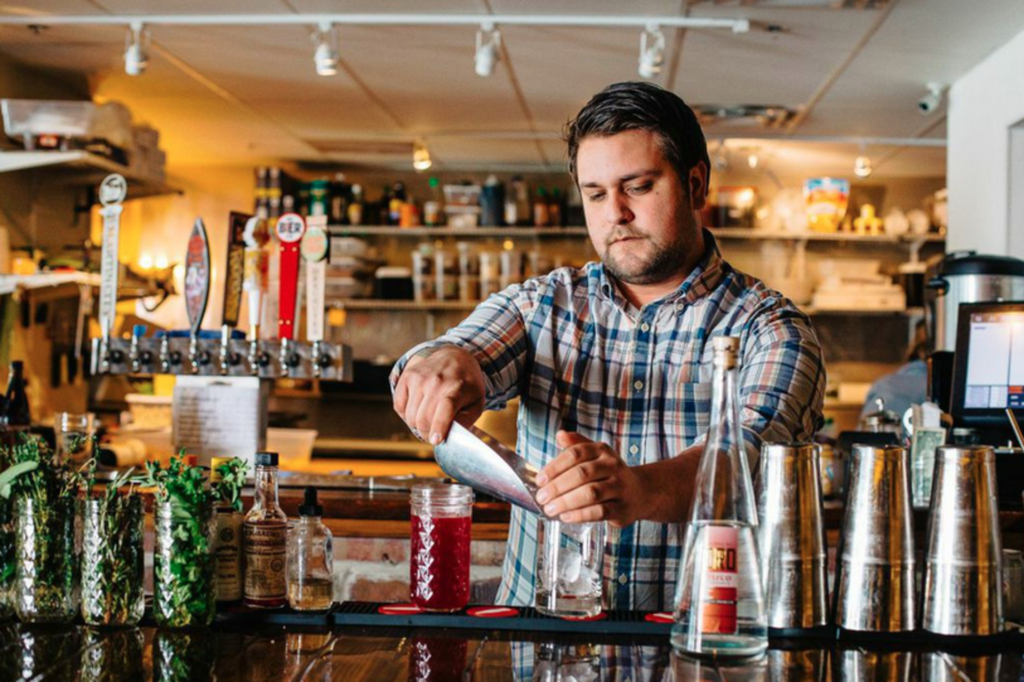 By now, any variation of the phrase “fresh, local, seasonal ingredients” has become something of a cliché, even for a cocktail menu. So when Bridger’s Bottle Shop and Preservation Market reopened as the Local Pig in Westport three months ago, it seemed predictable that those words would show up on its new bar menu. But there’s seasonal and then there’s a cocktail program that comes on like a vegetable patch. Friends, I’m talking about drinks that pair butternut squash and Jameson, tomatillo salsa and tequila.

If you like this kind of thing, thank bar manager Erik Mariscal.

“I come from a culinary and farming background,” Mariscal says. “I grew a lot of vegetables and cooked a lot of food and did pastry for a long time, which transfers into my cocktails. The idea behind the menu here is that it kind of plays off a farmers market–style venue — basically, taking things like vegetables and fruits and herbs and different things that aren’t in any workable, liquid form, and making them that way, making a cocktail out of it.”

Mariscal’s weapon of choice for achieving this end: house infusions. His cocktail list is absolutely lousy with them. (Kettle Corn bourbon catches my eye first.) And he says that, at any given moment, he has another handful of off-the-menu experiments at the ready.

“I had this idea for a really long time, like, ‘What do you eat to drink?’” Mariscal says. “And it turned into all these different cocktails that taste like food in a delicious, boozy way, which is where the infusion process kind of came in.”

When I first sit down with Mariscal, I consider myself a proud infusion skeptic. For one thing, making infusions seems like the cool thing to do right now — too easy. More important, though, I don’t think I really understand what makes an infusion. But Mariscal, determined to undo my prejudice by educating me, makes the process sound do-it-yourself easy.

“So, any kind of liquid, really, if you put something in it, it’ll kind of take on that flavor,” he tells me. “Alcohol just happens to extract those flavors a little quicker. So taking Kettle Corn and putting it into a jar and dumping bourbon over it — it’s as simple as that. It’s basically just giving it time.”

An entire cooler door behind the bar is dedicated entirely, it seems, to Mariscal’s infusions: rows and rows of plastic containers in varying colors, stacked and labeled. They look more like receptacles for preserving anatomical leftovers than they do vessels for potable concoctions. I point to one, and Mariscal reassures me that it’s just, uh, “clarified milk punch.” Unsure what that is, I call for a drink that incorporates it. He pours the bright-red solution over ice in a rocks glass, then tops it with soda and a lime twist. So far, so simple. But not really. 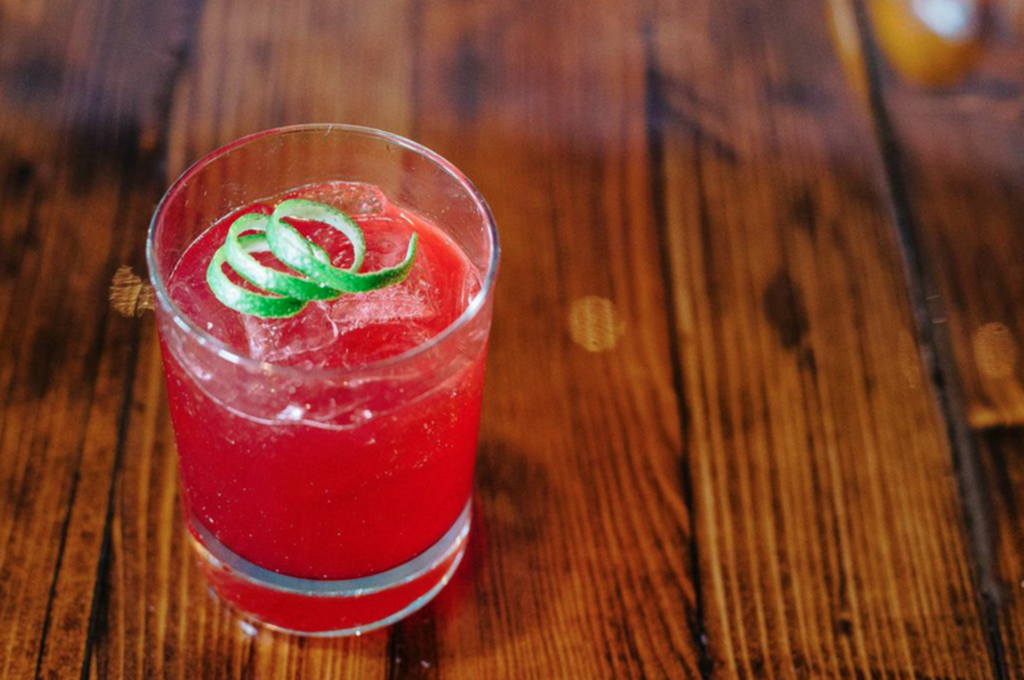 “First, I toasted macadamia nuts, then infused those — along with hibiscus flowers — into pisco and rum,” Mariscal says of what went into the punch. “Then I took out those solids and made a syrup, and then I scalded milk and took it to 180 degrees and added lime juice so it curdled. After that, I used cheese cloth to strain out the solids, essentially making a batch.”

For this drink — Mariscal just calls it Red Punch — the description does not match the appearance. I am expecting something light, fruity and straightforward; the taste is quite the opposite. The macadamia comes through loud and clear, elevated by the presence of milk, which gives the cocktail an almost shocking heft.

Mariscal tells me that this cocktail is in the tradition of a tiki drink, and he laughs as I do what you’re supposed to do with a tiki drink: Make it disappear quickly.

Then he talks me into some freshly batched ham vodka. 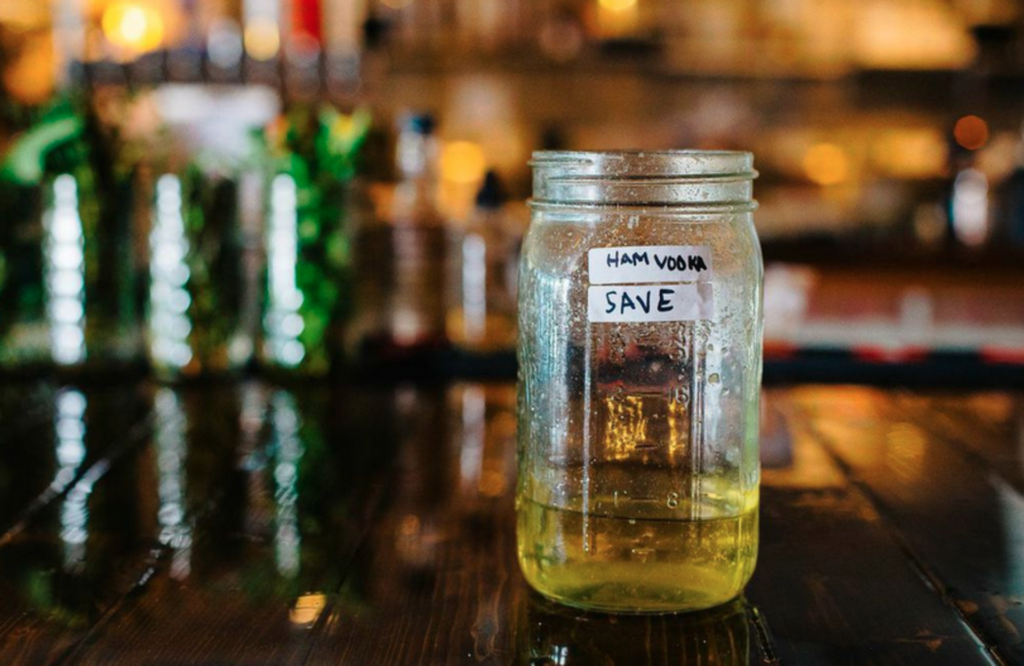 “I took ham fat and rendered it down into liquid form and put it into a jar with vodka and left it in the fridge for about a day,” he says. “After the fat congealed to the top, I scraped it away and strained out all the solids.”

I tell Mariscal that this sounds neither appetizing nor drinkable. He laughs, counters that it’s “absolutely delicious” and doesn’t wait for me to formally refuse. While he mixes, I sniff the ham vodka by itself and find the bouquet only vaguely bacon-y. Mariscal strains a cloudy orange liquid over ice into a Collins glass and pushes it toward me.

“This is the ham-washed vodka, a house-made harissa [hot chili pepper] simple syrup, a little bit of our house-made pickle brine, oregano, some lemon juice, and topped it with some Deschutes Hop Trip beer.”

He calls it Harissa’s Daughter. I take a timid sip. He smiles like a schoolboy on Saturday morning. 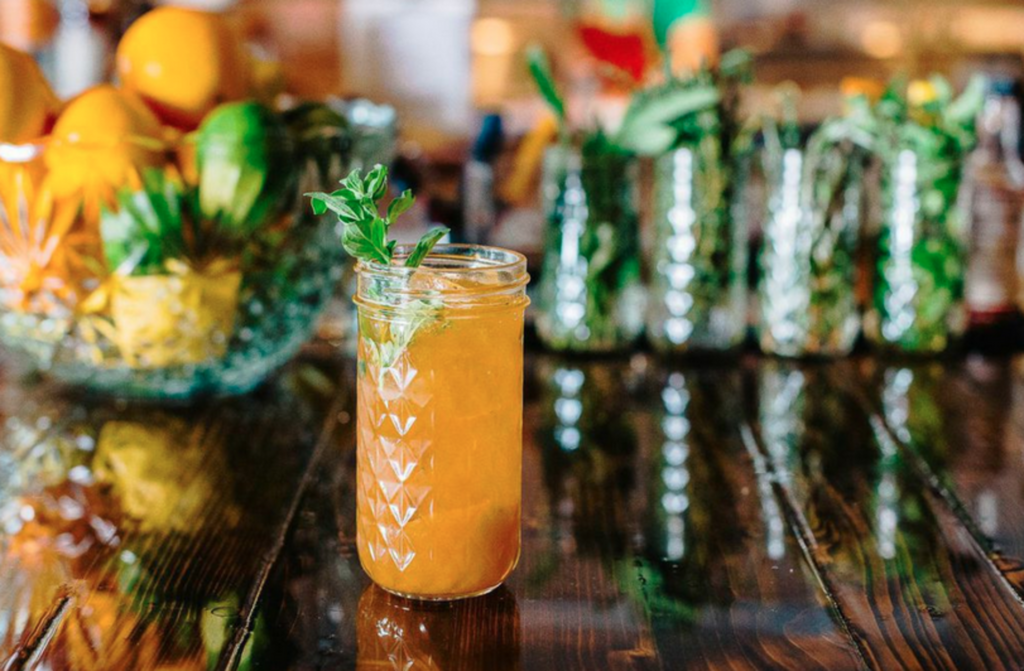 It’s tasty, savory the way I wish all bloody marys could be, with smoothness and balance but also real spice. The alcohol is undetectable — vodka works that way, I’ve found — replaced instead by the succulent fattiness of the ham.

As I enjoy this cocktail, Mariscal is already busy making the next. We have decided on something involving the beet-pickle brine that’s listed on his menu. He’s a fast worker, and he keeps the conversation going while he mixes. This time, he has made me a gorgeous red-purple martini.

“For this I used the butternut squash and the pickle brine that we do here in-house,” he says. “So we’ve got beet-pickle brine, muddled sage, lemon juice, some dark honey and a little bit of St. George’s Terroir Gin — it has a little bit of that Douglas-fir earthiness to it — topped with some sparkling wine.” 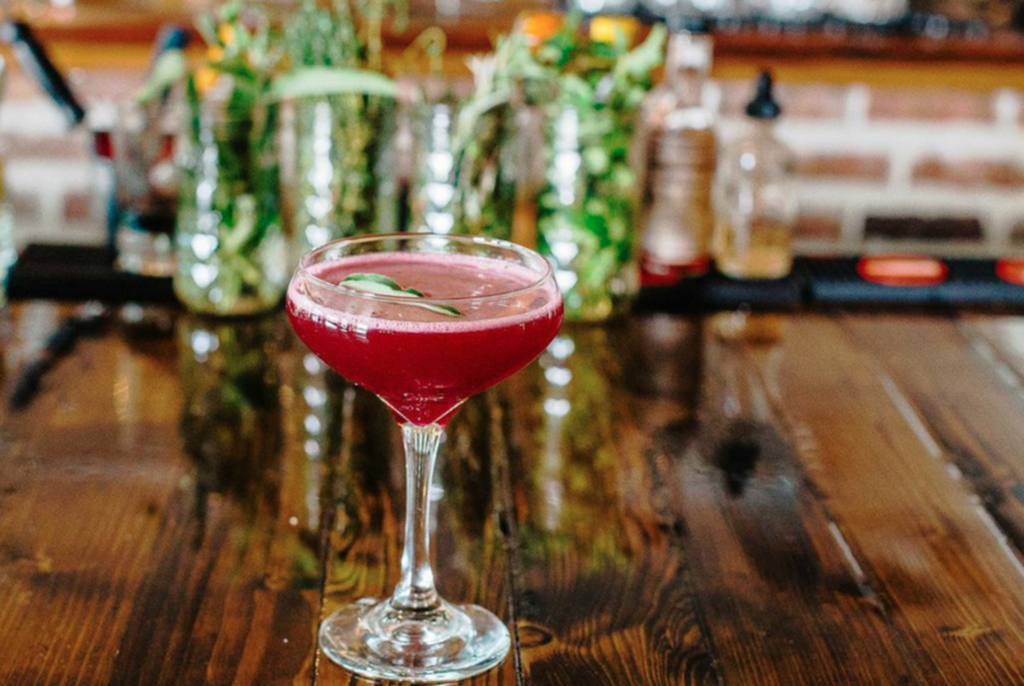 I’ve always liked beets in liquid form (but never the solid), so I’m not surprised that the addition of alcohol only increases my appreciation for this particular root. Mariscal’s concoction gets its depth from the honey and the sage, perceptible flavors despite the powerful pull of the beets. And there’s a very enjoyable effervescence, thanks to the bubbly. If only all post-workout juices were made in this fashion, I tell him. With this wish in mind, Mariscal names this drink the Beet-up Liver. I toast his ingenuity, take a few generous pulls of the martini, and think about my next fitness class.

“You like that one?” Mariscal asks, his lopsided grin returning.