Bartenders are rediscovering what Ben Franklin knew: the value of the curd 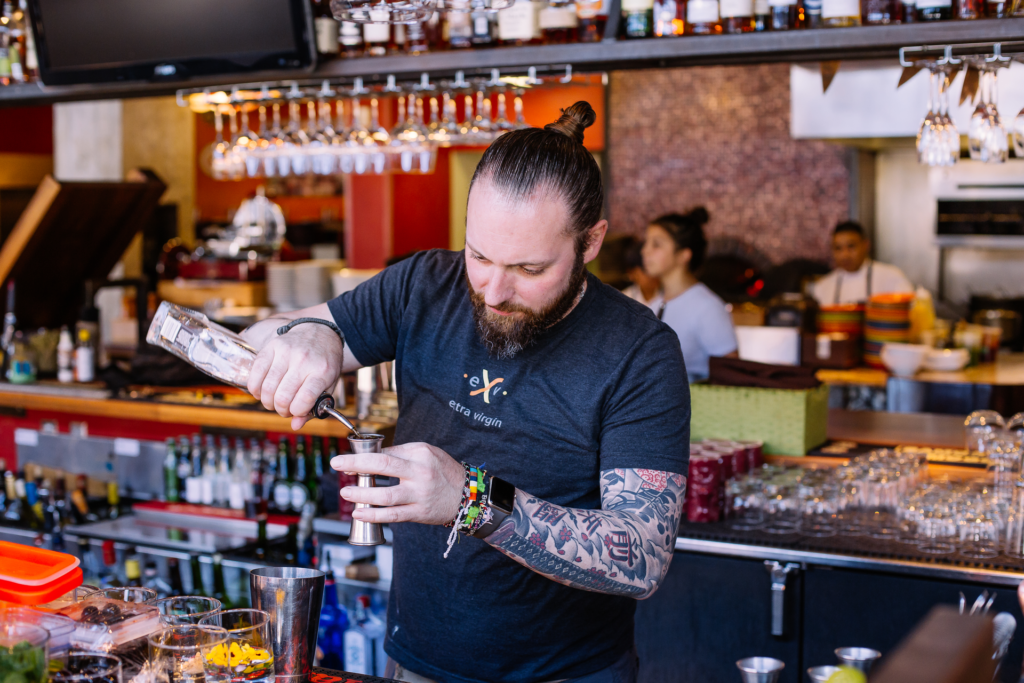 Clarified milk punch: The phrase doesn’t suggest a thirst-quenching, crushable cocktail. If you’re like me, you picture a nutrient-enriched formula being ladled into Dixie cups on Christmas morning at a nursing home, the word punch a convivial little lie.

But at craft bars around the country, clarified-milk-punch cocktails are showing up on menus — and turning out to be not just dignified but downright drinkable.

Clarified milk punch recipes originated in England three centuries ago as a way of extending the life of a drink. A drinker who wanted to stretch her pound further would take whatever she wanted to preserve — brandy or rum, usually — and add citrus juice and hot milk. Hot milk curdles when it joins an acid, forming cheese curds. In the old days, the mixture would go into a barrel and age. Today, most bartenders let the cheese curds form, strain them off and then barrel-age the resulting batch.

Stateside, legendary lush Benjamin Franklin did his best to spread the milk-punch gospel. He included his own recipe — six cups of brandy, three cups of whole milk, two cups of lemon juice — in a letter to a friend in 1793. But tankard fashion was fickle even then, and peak milk punch died with Charles Dickens, in 1870, when bottles of the stuff were found in his wine cellar.

Over the past decade, however, bartenders have resurrected the tradition. One local heavyweight who has fallen in love with the stuff? Brock Schulte, former bar manager at the Rieger, a partner in local cocktail collective Liquid Minded Concepts and the co-owner and bar manager at the Monarch Cocktail Bar & Lounge (due to open this summer on the Plaza). He says he’ll never again assemble a cocktail list without a milk punch. 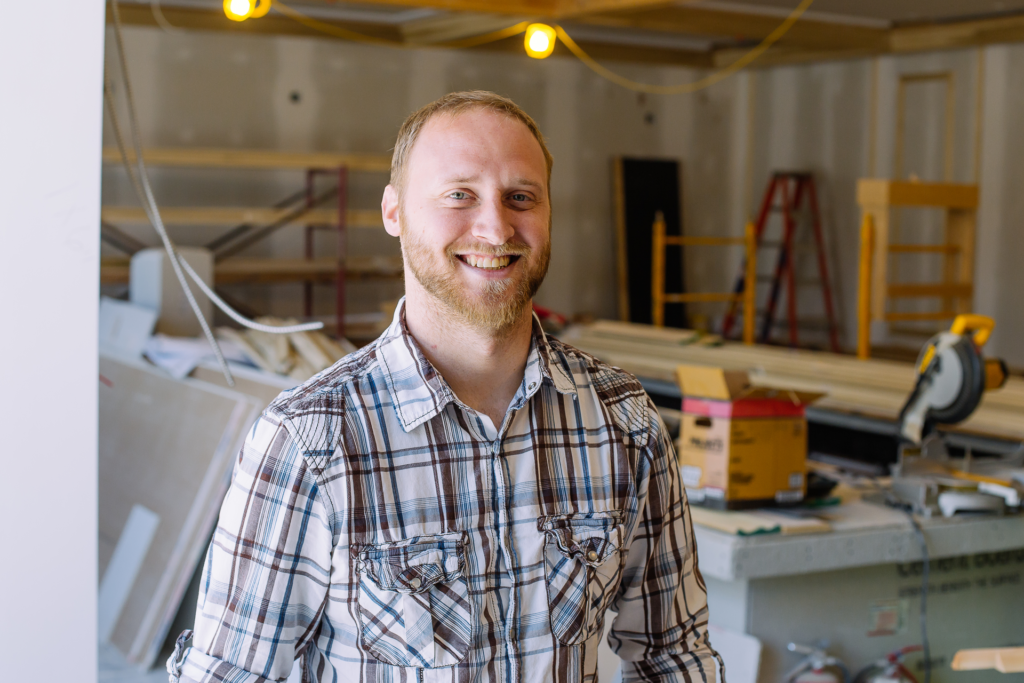 “It sounds disgusting,” Schulte admits, “but in doing this preservation process, people found that you could also improve the flavor of the drink. It almost sounds silly to say that we’re reinventing things that people used to do, but that’s what’s happening. And we’re doing it faster and with a lot more variety.”

In the 1700s, most spirits were about as subtle as turpentine. The process of clarifying, then, not only extended a liquor’s life but also softened the drink by eliminating tannins and impurities. The result was a far smoother libation that derived its weight and body from the milk but retained little of that product’s color or cloudiness.

Today’s alcohol is immeasurably better, but the virtues of dairy still apply. The casein — the protein that’s left after you strain the curds — acts like egg whites, Schulte says: “If you shake it, you get this really interesting texture that isn’t as fluffy as a flip but that will definitely put a layer of foam on the top of your cocktail.”

Better still, today’s milk punches can be batched ahead of time and kept for extended periods without spoiling. It’s a benefit that rewards experimentation — not to mention the drinker, if the drinker starts with the cocktails below. 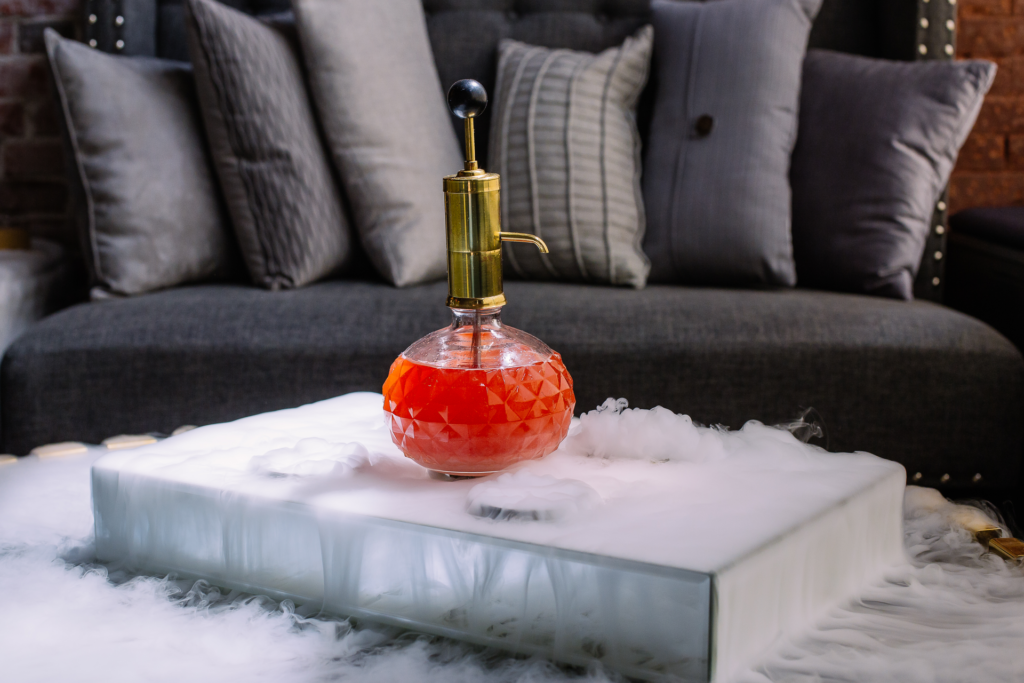 One of the advantages of a clarified-milk punch is that the dairy absorbs the flavor properties of whatever agent you add to it. And the infusion need not be exotic to taste brilliant. Witness the early arrival of strawberry season at SoT. 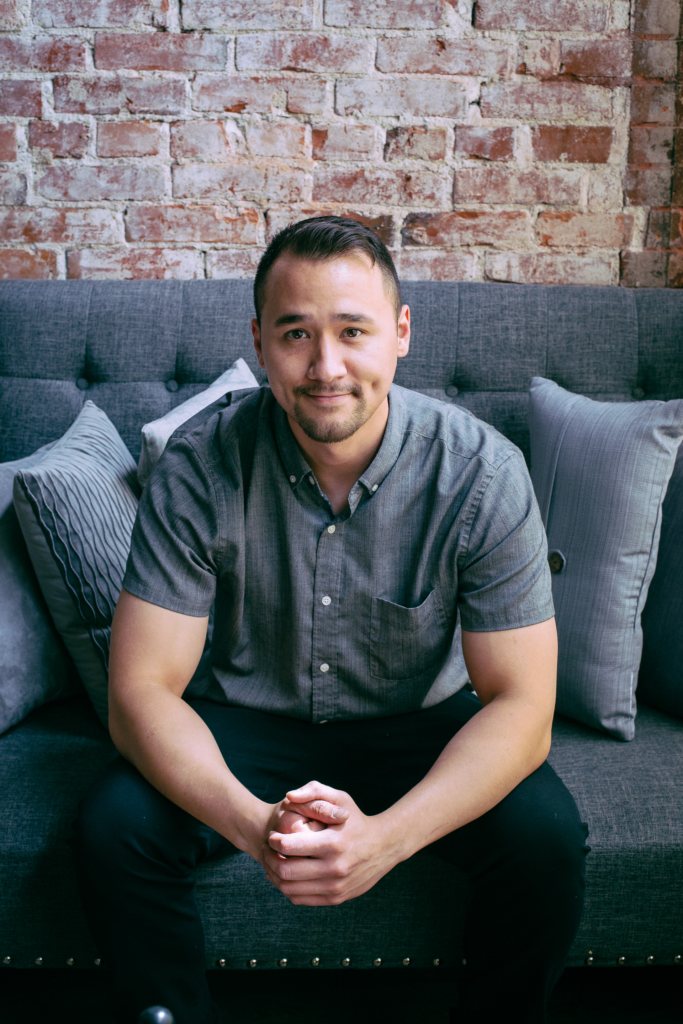 “After I build the first part of the cocktail, I boil milk, then dump the strawberry-spirit mixture in,” Madden says. “Once I start to get that curdle going, I’ll turn it off and let it sit for a few hours, and then I’ll strain off the curds.”

When a guest orders the Pearlescent Punch, Madden isn’t content to serve the batch straight. The clarification process might have removed the cloudiness, but the finishing touch in his cocktail is an edible pearl powder, which he adds to the liquid and shakes with ice. For cocktail enthusiasts who need a little extra sparkle in their lives, this is it. 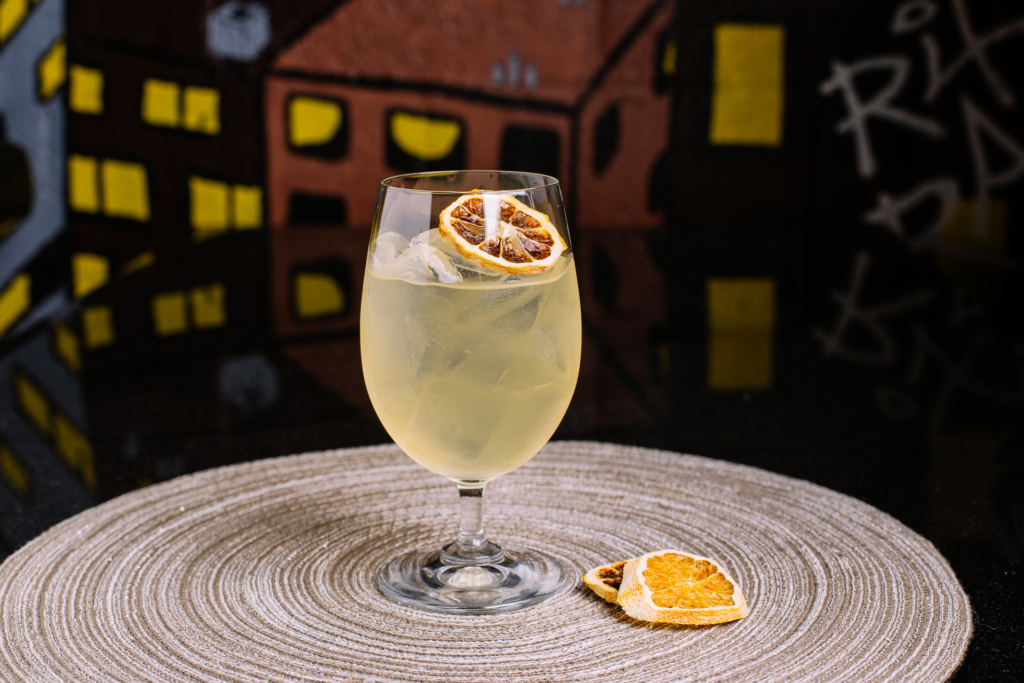 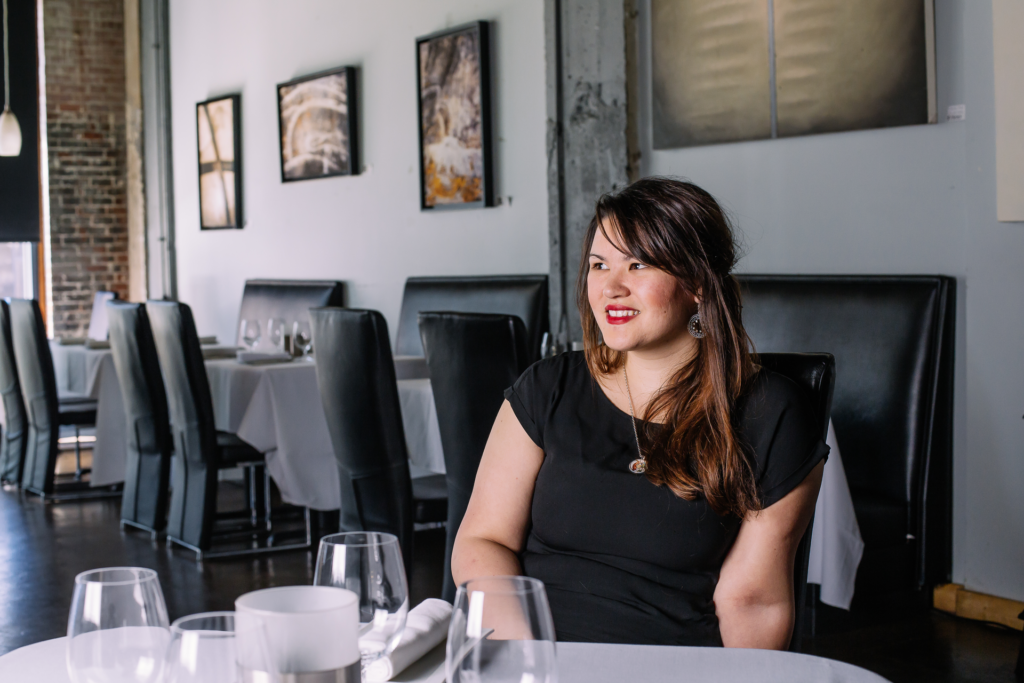 “I boil whole milk and pour the punch into the hot milk,” Almeida says. “You have to pour the cocktail into the milk, not the other way around, or it won’t curdle the way you want. It took me a few tries to get it right.”

Her persistence has paid off: Almeida’s milk punch is selling well.

“I wanted to put a clarified-milk punch on the menu because, first, they’re easy to prepare ahead of time, which makes service easy,” Almeida says. “Also, they’re delicious. I have never had a milk-punch cocktail that wasn’t super-tasty. I love that this is becoming a real trend — it’s a lot of fun to see bartenders experimenting with new ways to use old techniques.” 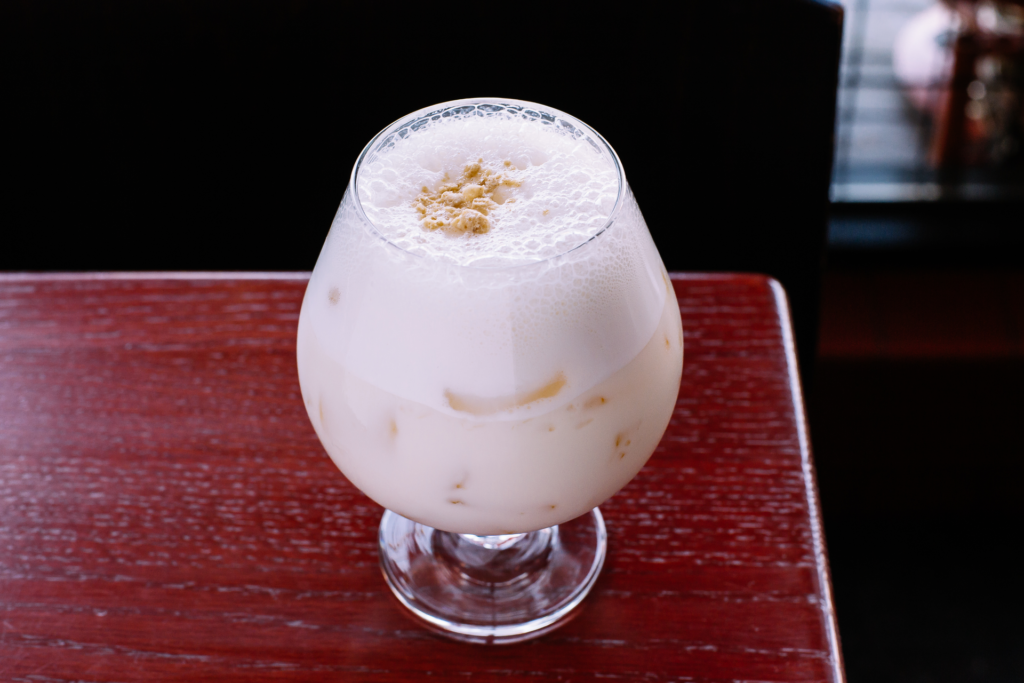 For plenty of kids (and not a few childish adults), the primary vehicle for letting Vitamin D into the body is a bowl of cereal — drowned in milk. Extra Virgin bar manager Berto Santoro acknowledges this with his Goonies Never Say Die cocktail, a milk-punch riff that unites Angel’s Envy bourbon and Honey Nut Cheerios–steeped milk.

“We take Honey Nut Cheerios, oven-bake them for 10 minutes — just to crisp them up — and soak in milk for half an hour,” Santoro says. “Then we strain the Cheerios out, add local honey to the remaining liquid and blend that together.”

Finally, Santoro says, comes the whiskey, which gets shaken with ice until it’s thick and frothy, then dumped into a snifter and garnished with crushed Cheerios. Breakfast, anyone?