Barry presides over your Netflix queue, The Ref and The Ice Harvest mostly hold up, La La Land soars, and Heart of a Dog comforts 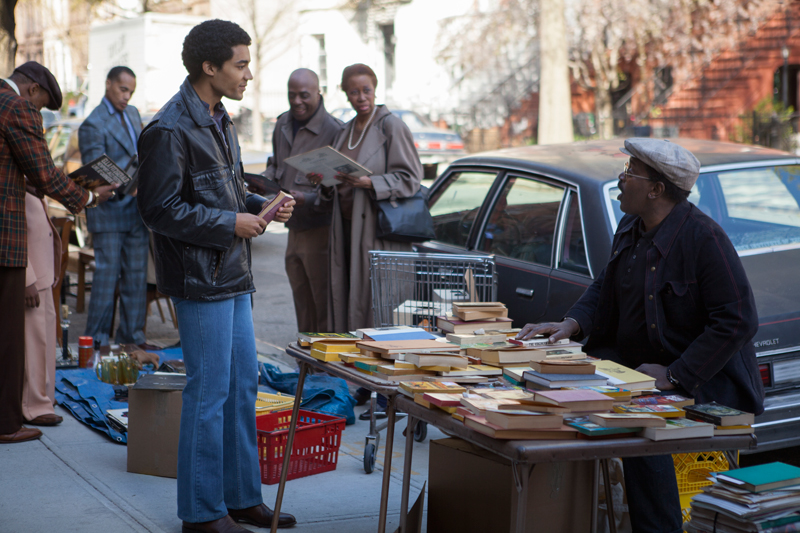 If you like your Christmas movies laced with bitter, acid-tongued dialogue, add Ted Demme’s 1994 comedy, The Ref, to your Netflix queue. Bickering married couple Kevin Spacey and Judy Davis couldn’t be less concerned that burglar Denis Leary has taken them hostage at gunpoint in their own home, because they can’t stop fighting.

As their family arrives for Christmas, Leary pretends to be their marriage counselor to keep from being found out. The ending is too convenient, but The Ref is wicked fun, and remains a nice break from the syrupy sentiment of most holiday-set flicks.

Rogue One: A Star Wars Story opens today (and you can read my review here), but once that’s out of the way (or if you prefer to remain in your own galaxy and time), La La Land offers shrewd counterprogramming. Damien Chazelle’s throwback musical, set in modern-day Los Angeles and starring a magnetic Emma Stone and Ryan Gosling, is a true charmer. It doesn’t really merit the mounds of critical accolades it’s getting; the second-act conflict is pure rom-com contrivance. Still, it generates surface-level kicks with some inventive musical numbers and lively art direction, and it’s well worth seeing in a theater.

Season 2 of Amazon Prime’s bold Philip K. Dick adaptation, The Man in the High Castle, dropped yesterday, bringing a whole new resonance to the scary national climate of normalizing white-supremacist behavior. It takes place in an alternate universe where Axis forces won World War II and two-thirds of the United States is ruled by Nazis. The show, executive produced by Ridley Scott (Alien, Blade Runner), doesn’t necessarily have the most engaging characters (Rufus Sewell’s conflicted SS Obergruppenfuhrer excepted), but it is densely packed with a lot of complicated, challenging ideas. That makes it prime bingeing material, so you may want to take the weekend to get through as many of the 10 new episodes as you can.

After grappling with The Man in the High Castle and worrying about our own burgeoning fascist state, you can find respite in multimedia artist Laurie Anderson’s 2015 quasi-documentary, Heart of a Dog. It’s just the kind of quiet, soothing piece of Buddhism-inspired art you’ll need. Anderson’s calm, inquisitive voice tells instantly relatable stories about life, death, and love while her own home movies and animation elevate the personal to a universal level. I will warn you, however: A certain amount of modern-day paranoia creeps in through Anderson’s reflections of a post-9/11 world, one in which where we’re being constantly monitored. A new Blu-ray of Heart of a Dog with exclusive interviews and extra features is out now from The Criterion Collection.

The 2005 directorial debut of Shane Black (The Nice Guys, Iron Man 3) is a tongue-in-cheek noir send-up featuring Robert Downey Jr. as a guy who stumbles into a movie audition while being chased for stealing Christmas toys. Eccentric P.I. Val Kilmer offers ride-alongs to help him study for his new role, and the two get mixed up in a murder. Kiss Kiss Bang Bang is a giddy, rule-breaking comedy that goes way off the rails plot-wise, while skewering every action-movie cliché in the book. Set during the Christmas season, it even manages to create goodwill and sympathy for its sad-sack lead characters. Rent or buy it from Amazon or Google Play.

Earlier this year, the indie film Southside With You chronicled Michelle and Barack Obama’s first date, in 1989. Now a new movie examines the president’s junior year at Columbia University. Barry stars Devon Terell as a 19-year-old Obama majoring in political science, and is directed by Vikram Gandhi, who is also an alumnus of Columbia. Ashley Judd plays Obama’s globe-trotting mother, Ann Dunham, and The Witch’s Ana Taylor-Joy is a girlfriend character who is a composite of many women the future president dated. Barry is streaming on Netflix now.

Mob lawyer John Cusack and crooked businessman Billy Bob Thornton steal a suitcase full of cash from gangster Randy Quaid on Christmas Eve in The Ice Harvest, an underappreciated, darkly comic 2005 neo-noir from the late director Harold Ramis. Of course, everything goes to hell after that, and the “joyful” holiday setting is a bitter counterpoint to how miserable things get for these two knuckleheads. Although the movie’s version is not terribly recognizable, Wichita is the ostensible setting, and Oliver Platt steals the show as an alcoholic who has the worst Christmas dinner ever. Rent it now from Amazon or Google Play.

Eric Melin is the editor of Scene-Stealers.com and president of the KC Film Critics Circle