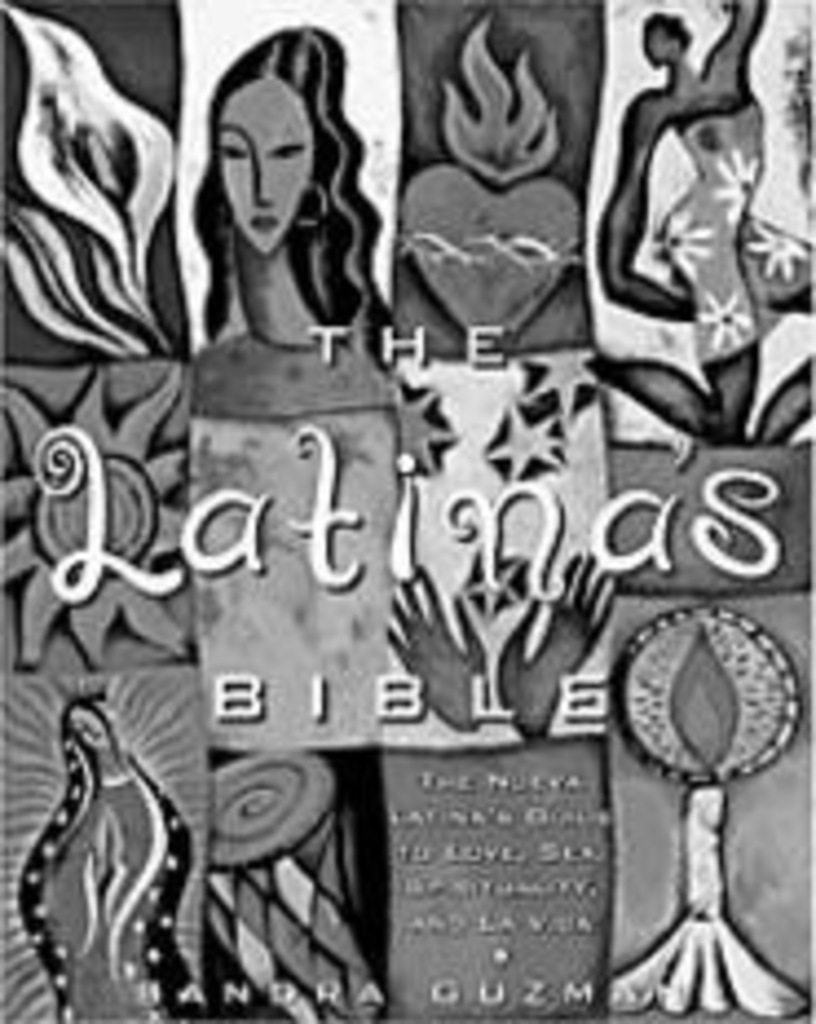 When Sandra Guzmán was in college, she went through an angsty phase she called a blanquita complex: She wanted to be a white girl. She even considered changing her name to Sandy Rogers.

As a boricua — a Puerto Rican — who was born on the island but raised in chilly New Jersey, she grew up surrounded by Latino culture within her own family and barrio, but she didn’t see her sense of identity affirmed when she read the newspaper or flipped on the TV. It made her feel somehow inferior.

“Here I was watching television, and I didn’t see myself, my brown beauty, being validated,” she remembers. “Latinas were portrayed as either sexy spitfire chicks or welfare moms. There weren’t any heroes.”

Guzmín imagined that other Latinas must be struggling with the same issues. She searched her local public library for a book to support her in her identity crisis but found none.

So she wrote one — The Latina’s Bible: The Nueva Latina’s Guide to Love, Spirituality, Family and la Vida. The book is a survival manual for Latinas, covering everything from how to deal with a super-traditional family when you decide to do something escandaloso (like move in with your novio or come out as a lesbiana) to Latina beauty tips. She also writes about friendship and spirituality, gives professional advice and offers wisdom on how to snag a sexy Latino. The bible is crammed full of lists, rules, statistics, ideas, profiles of native goddesses, traditional proverbs and recipes for doing just about everything Latina-style.

In its chapter on beauty, Latinas (and curious non-Latinas) will find earthy beauty rituals — including “Fragancia’s Café, Suela y Canela Hair Remedio,” a gooey homemade conditioner popular in the Domincan Republic, made from Spanish coffee, cinnamon, water and a leather shoe sole. Or there’s the simple “Mayan Skin Glorification,” an exfoliant that uses nothing but fresh corn on the cob and warm water.

The chapter on love, called “Secrets of Latina Dating — the Barrio Girls’ Rules Revealed,” provides a woman with ten rules for “catching a good Latino.” All-important is rule number ten: “Call him a Spanish pet name.” Guzmín even offers a list of suggestions, among them mi cielo (my heaven), mi chinito (my little Chinese one) and mi chuleta (my little pork chop).

The chapter on sexuality teaches Latinas that they have to learn to take power in the bedroom. The author confesses frankly that, for a long time, the only thing standing between her and an orgasm was God — and Catholic guilt.

While learning to live in the U.S. of A. is all well and good, all Latinas should make a homeland pilgrimage, Guzmín advises. It’s an emotional journey, she says, but one worth the effort.

Such a voyage affords a Latina the opportunity to see the flip side of her world — to see herself and her ancestors in the locals’ faces, to eat the native foods and gaze at family landmarks. Trips to her homeland, Guzmín says, helped her overcome the notion that she was “la fake Puerto Rican.”