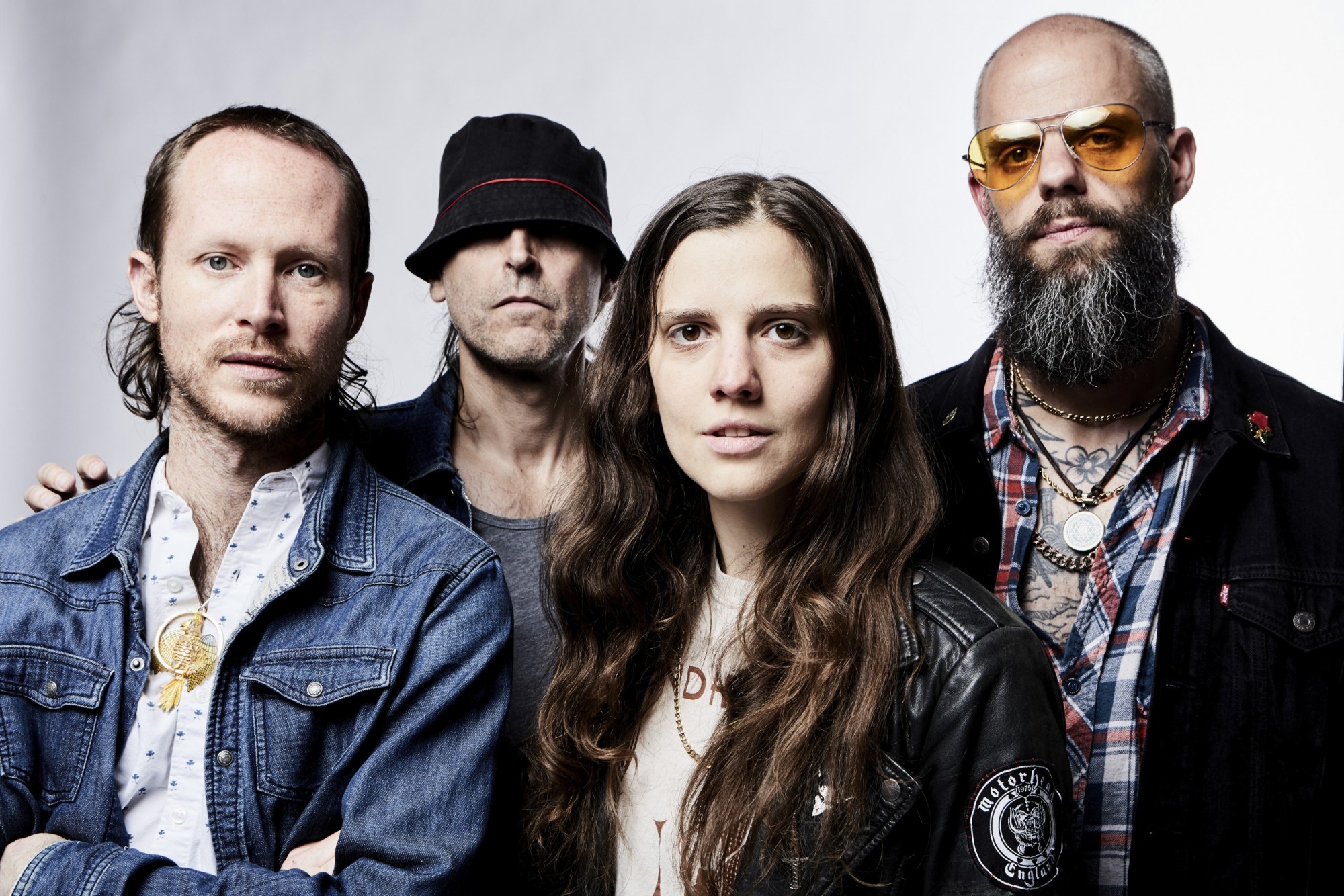 Update 11/29: The show this interview centered around (Bottleneck on Monday, November 29) has been cancelled due to members of the touring party testing positive for COVID-19.

Since 2004, Savannah, Georgia’s Baroness has delivered their style of slightly-melodic, yet incredibly heavy metal to the masses around the world. With their series of chromatically titled records and EPs, the band has consistently pushed themselves and the genre to new levels of intricacy and creative heights.

In 2019, the band released the final installment of this color-themed series of albums, entitled Gold & Grey. However, Baroness never toured the U.S. behind the album because, just as their tour was set to begin, Covid lockdowns took hold. On their current tour, in belated celebration of Gold & Grey, the band is doing “an evening with,” entitled “Your Baroness,” wherein the first performance of the evening will feature a setlist with tracks selected by ticket holders, and the second set featuring tracks selected by Baroness themselves.

Ahead of “Your Baroness” at the Bottleneck on Monday, Nov. 29, I reached out to the band’s guitarist, Gina Gleason, about their return to the road.

The Pitch: Given that you’ve toured with all kinds of acts over the years, what does Baroness offer you creatively that past projects might now have?

Gina Gleason: Touring and playing with Baroness is sort of surreal. To start, I’ve never played with a drum and bass duo as powerful and locked in as Nick [Jost] and Sebastian [Thomson], their chemistry on and off stage is a real driving force and their playing capabilities are so diverse it makes for a very cool and open-minded space in which to play, create and try new things. They never get derailed if John [Baizley] or I are experimenting with guitar stuff, pedals, sounds etc. They both have great and different tastes in music, different from myself even, so I am always learning about new things and can always count on them for thoughts on any given sound or part I might be working on. It just makes for a really positive world where we can be constantly creating and evolving things.

Same with John, at this point we have played so very many hours of guitar together, I don’t think there’s a single person I’ve played more guitar with in my life. It makes the playing on tour feel really locked in and he is equally enthusiastic and encouraging to try new things, new approaches, new gear, new soundscapes. It’s not a very rigid environment, it feels like we’re all embracing each other’s skills and musical impulses on tour as well as in a studio setting

How has not getting to play live affected your last couple of years?

I tried hard not to lose sight of things, so while we were missing getting to do what we do best, there were far more pressing things to accept, reflect and focus on. The past couple of years have been immensely hard and confusing for us all and that time has served as a great reminder that we get to do and take part in something that is not to be taken for granted. While we are thrilled to be back on tour, it’s apparent that this thing that’s been plaguing us the past two years isn’t gone yet and that we all gotta do our part in maintaining health and safety for ourselves and the people around us.

With the level of intricacy at which you play, what do you do to keep yourself nimble off the road?

I play guitar every day. I try to find new things to learn and work on, I really lean on musician friends and my bandmates to stay motivated and sharp. I take lessons which are always fun, I also give lessons, even when I’m giving a lesson I always end up learning something like just a perspective someone has that I never thought of before or even a cool new band I never checked out. I just try to stay in that frame of mind of always learning things and it helps me creatively too. Typically if I work on some sort of skill or any kind of practice thing in the mornings by the evening I’m warmed up and can just kind of zone out and better execute some idea or sonic experiment.

It’s been mentioned that the band started work on a new album during lockdown. Will some of these new songs get road-tested on this tour and, if so, where is the band headed sonically?

Oh, yes! We’ve talked about testing out one song in particular on this tour but we haven’t yet. The record definitely plays with some new avenues that we all are really excited about but I think I should leave it at that for now!!

As part of the lockdown, you’ve contributed to some cover song videos for Two Minutes to Late Night. Can you talk a little bit about getting to shred on these viral videos?

Yeah!! The Two Minutes crew are just an amazing group of fun and super pro friends of ours! Jordan is a close friend of mine and it was awesome to work with him and get to know him better through the pandemic. Every time he hit me with an idea it was always like, yes I want to do that! In addition to being fun, it was always a welcome distraction to the morose feeling of the days spent in the pandemic and it helped me get out of my own head and just do something light. I always looked forward to his Monday morning videos cause they would always make me smile and feel inspired to play music.