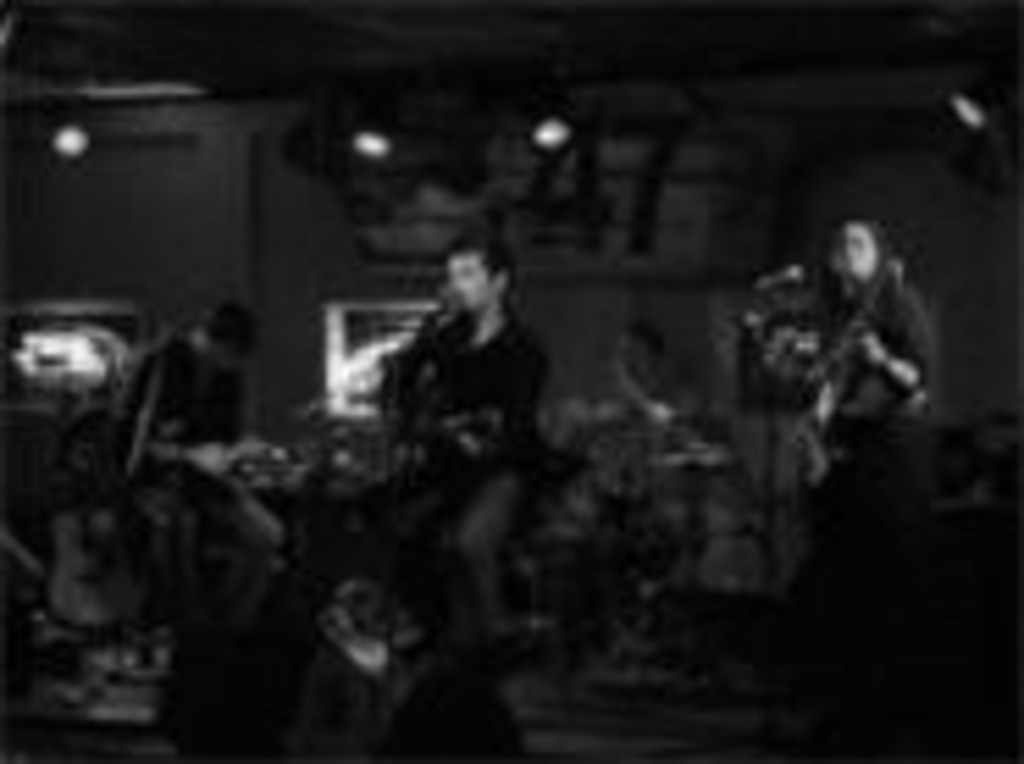 If life were a roadhouse in a David Lynch movie, American Catastrophe would be the house band.

Bedding down with the sinister and sensual, this Kansas City quartet composes cruel and eerie ballads of romances going awry, people going insane and the grim reaper going to town.

But they didn’t rise to the top of the cemetery gates overnight.

Since leaving a band called the Blackwater three years ago, boulder-pit-throated frontman Shaun Hamontree and his longtime friend and guitarist Terry Moore have tried to find the right backing musicians to bring American Catastrophe to life. They didn’t have much luck, however, until they recruited bassist Amy Farrand of the Shotgun Idols and drummer Eric Bessenbacher of Sky Burial. The four possess a grinding chemistry onstage, creating a sound that — though primarily a product of the murder-ballad-obsessed vision of Hamontree and Moore — could only be the work of equals.

“The best bands are tribes,” Hamontree tells the Pitch.

Still, you can’t help but be taken with this tribe’s leader. In addition to his role as KC’s answer to Nick Cave, Hamontree has an interesting rep around the scene. Like a railroad-loving Count Dracula, Hamontree resides in and runs an art gallery and recording studio at the old Post Office building in the West Bottoms. And he makes shit go boom.

As a fireworks maker, that is.

Like his accomplishments, Hamontree’s physical presence is larger than life. He towers over mortals of average height, and his lively conversation is complemented by exaggerated facial expressions that are as animated as the cartoons MK12 turns out, especially when the subject matter is something he’s passionate about — say, Thanksgiving dinner and the release of American Catastrophe’s Excerpts From the Broken Bone Choir.

The group is celebrating its new disc with a show at the Brick Saturday night, preceded by an appearance at Recycled Sounds that afternoon to accompany a chili cook-off. Seriously. The best chefs will walk away with some sweet American Catastrophe swag. But don’t reach for the beef; this is a strictly meat-free affair.

A culinary dabbler, Hamontree shares his own veggie chili recipe at left. (Carnivores looking for meat and gristle will have to settle for American Catastrophe’s gripping tales of blood lust.)

The secret weapon in American Catastrophe’s gut-busting vegan chili is the tart, green Granny Smith apple. The fruit not only takes the napalm edge off the habañeros but also produces extra body and thickness to the chili. (If you like your chili hot enough to make the devil sweat, omit the apple.) Don’t try to pass this recipe off as your own at the cook-off. Farrand has a nose like a basset hound for culinary fraud.

1-5 habañero peppers (according to your heat preference)

Peel, then grate the carrots with the coarse side of a cheese grater. Do the same with the celery and the Granny Smith apple. Dice the onions and garlic. Carefully remove seeds from peppers and chop peppers into small pieces. Get a big-ass pot and brown the garlic and onions in the olive oil over medium heat for 7-10 minutes. Add the grated carrots and celery and cook for a few more minutes. Stir in spices, beans, tomato sauce and tomato paste. Let the paste dissolve into the sauce, then add the sugar. Reduce heat, add the chopped habañeros, then simmer for 20 minutes. Add the Granny Smith apple and cook for 10 more minutes. Serve with lots of beer and crackers while listening to Excerpts From the Broken Bone Choir.