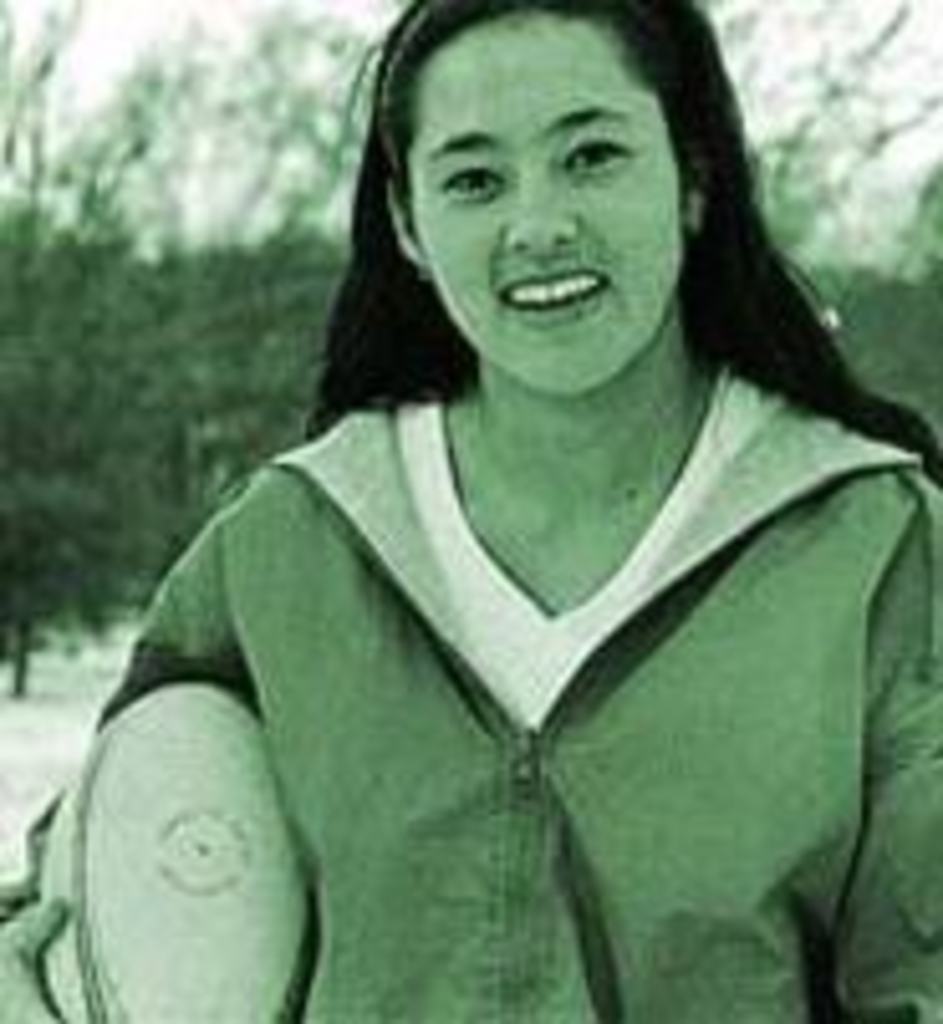 “You go out and you play, and you totally kick ass. You beat up the other team and try and walk away from a game without any serious injuries, then go and just drink.” That was Yancy Graf’s impression the first time she set foot on the field for a rugby match. Nearly five years and a completely new mind-set later, this Kansas Citian is gearing up for a trip to Hong Kong to compete next month for the World Championships as a member of the 2000 U.S. Women’s Sevens rugby team.

Graf’s introduction to rugby came about five years ago, when she moved to Kansas City after attending Chadron State University in northwestern Nebraska, where she played basketball and ran track. “I was looking for a basketball league, but it was in between seasons. A friend of mine that I just met said I should come and play rugby,” Graf says.

It wasn’t long before the city’s professional team, the Kansas City Jazz, came calling. “I just kept showing up to practice, and at the time they were having problems with numbers (finding players). (My teammates) made me feel like I was good at it, they said, ‘God, you’re fast; you’re perfect for your position.'”

Graf, who runs a 5.2 40-yard dash, lines up at the inside center position and equates it to a tailback in football. And that speed comes in handy, especially now that Graf must adjust her style of play for international competition.

“There’s rugby 15s — 15 players per side, which is what I’m used to. It’s not fast, and there’s a little more pushing and shoving; it’s rougher. Sevens — the style played in the Hong Kong tournament — is a lot faster. There’s still tackling and no pads, but the halves are much shorter (seven minutes each).”

Graf is the lone newcomer to the U.S. team, which reached the 1999 finals in Hong Kong before falling to world power New Zealand. And despite last year’s drubbing, she eagerly awaits a rematch: “I’m sitting here now thinking, ‘Yeah, we’re gonna kick their ass,’ but I’m sure once we’re there, everyone will be intimidated by them, because they have that reputation.”

Graf gained attention as a member of the West All-Star team last year during a tournament in Tampa, Fla. The rugby standout received an invitation to try out for the national team, and she earned her spot in the 10-member squad following an excellent performance during a rigorous selection process.

The national team has yet to practice as a unit this year — a get-together is planned later this month in Florida. Graf is not worried about finding chemistry with her new teammates.

“We all have the love and the passion for the game, and at this level, I don’t see there being any room for pettiness.”

Graf admits that in her early days the sport was little more than a way to blow off steam and party afterward. She says her transformation occurred after a new coach, Jason Estes, came on board with the Jazz. “He’s been a savior for us. He disciplined us and gave us direction in our practices. Before, we would run some drills and do some fitness and that was it.”

It was an inauspicious start to what’s now an illustrious rugby career for Graf. In the first game she ever played, she learned it isn’t a sport for the weak.

“Every year they have a tournament in New Orleans, during Mardi Gras, and we went down there for it and I broke my arm. But the crazy thing about it, and this goes back to the whole drinking thing, is that I didn’t even know.”

Graf says her right forearm swelled up a bit, but she wasn’t about to remove herself from play.

“I remember showing a teammate my arm, it was all swollen and there were these huge bumps, and she tried to get me to go off the field. Well, the game was still going, and it doesn’t stop unless there’s a penalty or blood or something. So I didn’t show the ref and we played on.”

The 25-year old rugby star says her team has grown out of the party-mode style of play and no longer competes in the New Orleans tournament, but there are still times when the group cuts loose.

“We’ll go to KU and play those girls. They’re the best girls to play in the world, because we’ll go (to Lawrence) and kick their ass, and they’ll show us a good time afterward. They’re kind of like a sister team to us.”

But overall, Graf says, she enjoys the more sophisticated, serious style the team has adopted the past few years.

“When you play at the level we’re at, there’s really no room for all that craziness. We’ve learned more and our play is cleaner.”

The team departs March 17 for the 10-day tournament in Hong Kong, and Graf says the trip won’t come cheap. She’s working two jobs in the Kansas City area to cover her costs for the overseas trek and is asking for any additional help she can get.

She’s set up a Hong Kong travel fund at her bank and is accepting donations to cover the estimated $2,000 trip.