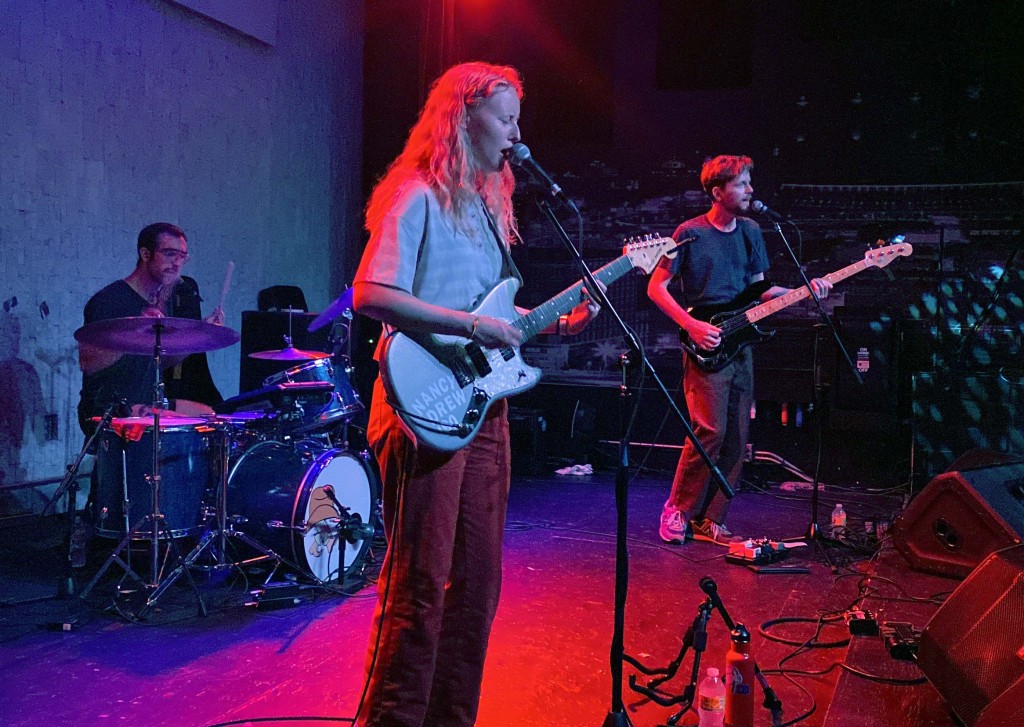 The city of Minneapolis was well represented at recordBar this past weekend. Bad Bad Hats were headliners of the night, with Gully Boys emphatically kicking things off. Both bands definitely brought it—and their differences in sound offered a cool change of pace that made the show more than worthwhile. The crowd showed up and showed out more than even the bands had expected for a Sunday night, so the energy was great from both sides.

For anyone who hadn’t listened to Gully Boys prior to the show they were in for a tour de force of grunge pop. The band seemed so in sync with each other as they went full throttle on stage from the jump of their set. Having previously played in Columbia and St. Louis the two nights prior, drummer/singer Nadirah McGill shared that they were very happy with the energy in Kansas City, noting the other two nights in Missouri were “sleepy.” I found that hard to believe after watching them play because I can’t see how anyone wouldn’t be amped up at a Gully Boys show. 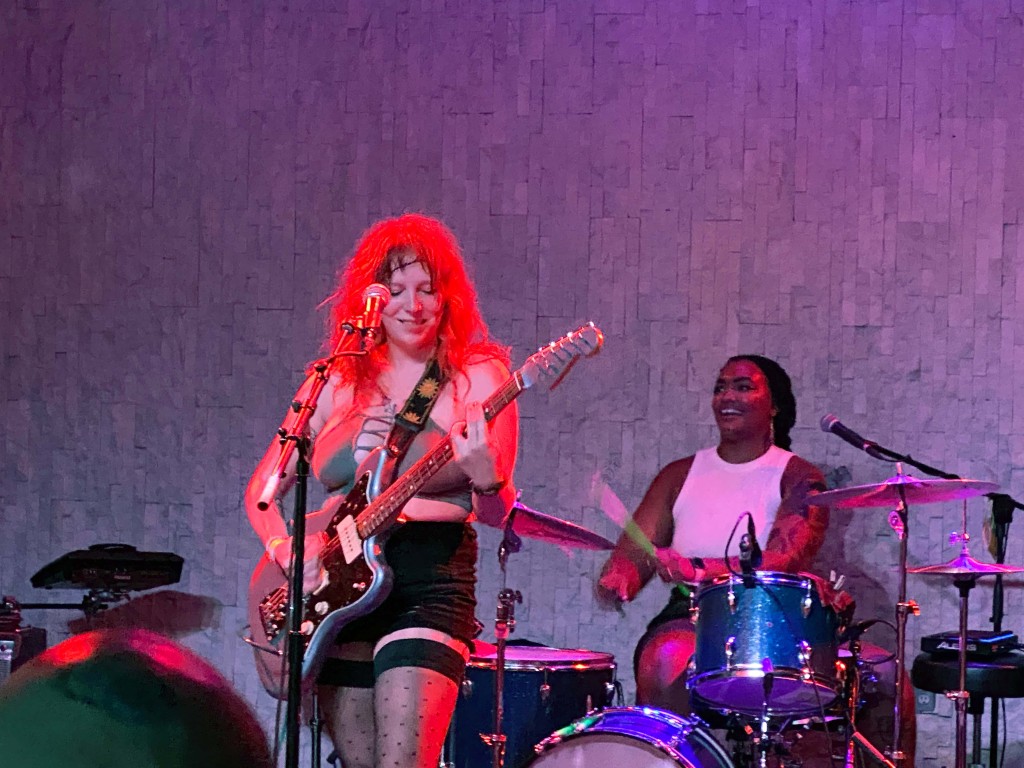 The rest of the band features the talents of Kathy Callahan (vocals/guitar), Natalie Klemond (bass/vox) and Mariah Mercedes (guitar/vox). Gully Boys have an edge to them that seems so powerful. They have a ton of fun on stage but at the same time are able to deliver passionate and angry songs in a serious way.

A big highlight of their set was “New Song No. 2” that immediately stoked the crowd. Callahan was really hitting her groove vocally, packing a punch with every note and scream as the rest of the band joined in for the harmonious “waste my time” hook. It was a killer performance that took over the entire room. This energy carried over into the Gully Boys’ raucous Hole cover of “Violet,” that Callahan posed as a challenge to Courtney Love. “This is my way to vocally fight Courtney Love,” she joked. It rocked all the way to the end when Callahan softly added, “Consider her ass beat.” 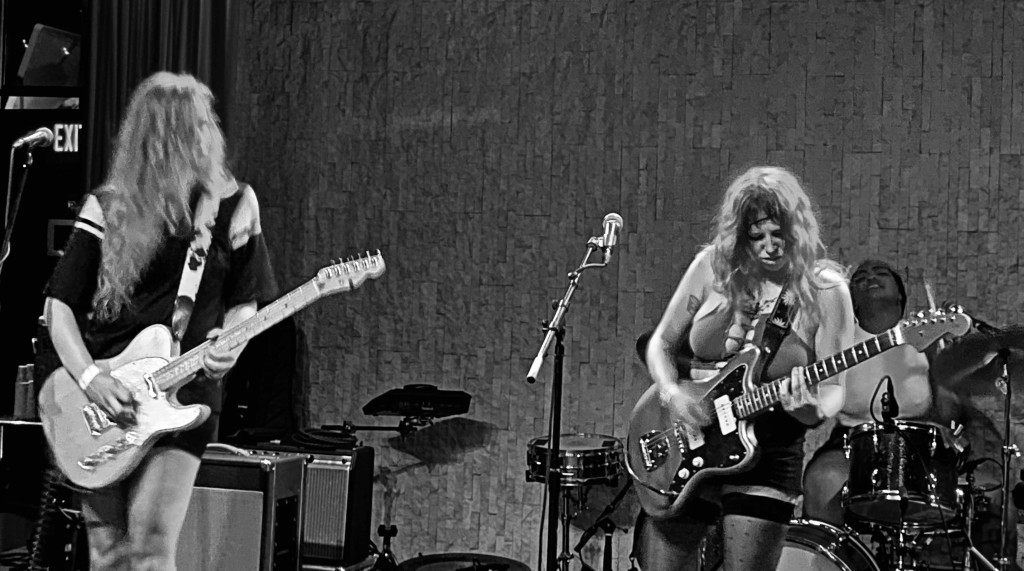 Gully Boys closed their set out with a demolishing performance of one of their best songs, “Neopet Graveyard.” It was a badass ending that felt more than satisfying. The person next to me was definitely feeling it, as they moved side to side with big arm waves in step with the beat. 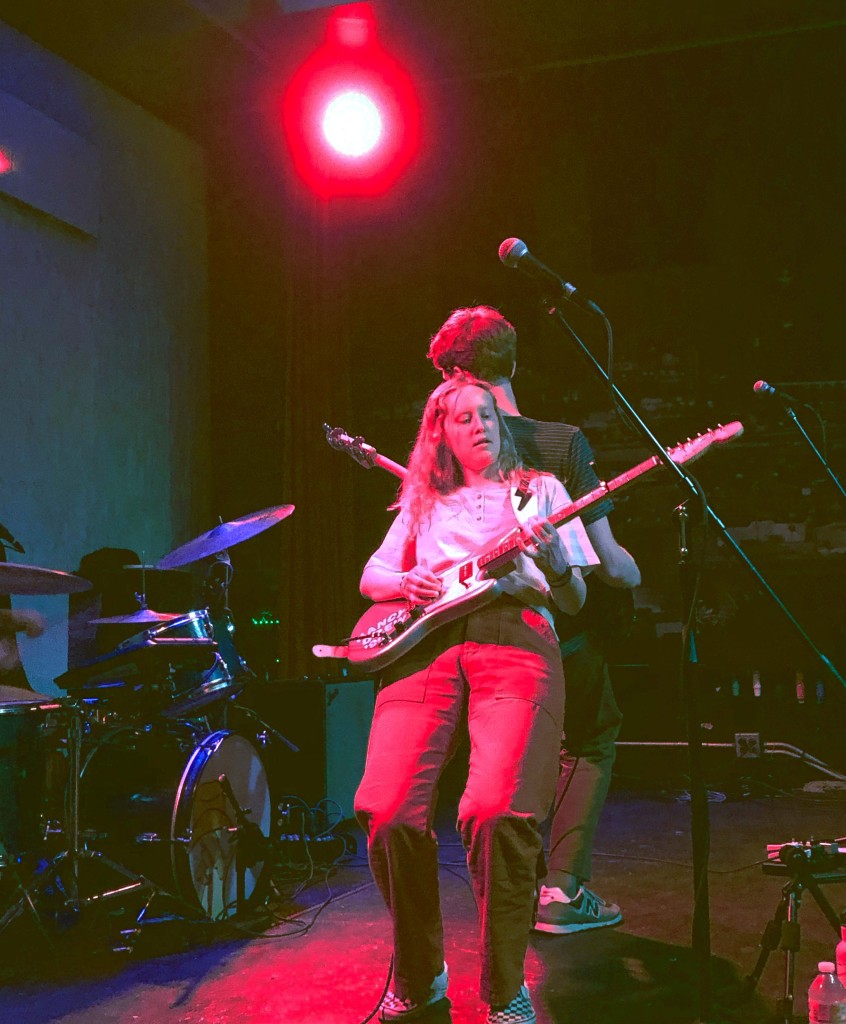 Bad Bad Hats has a more chilled pop-rock sound than the punchiness of Gully Boys, so I was curious if the pairing would work together—but the switch up in tempo and style wasn’t an issue at all. The trio of Kerry Alexander (vocals/guitar), Chris Hoge (Bass) and Con Davison (drums) created such a warm and welcoming vibe that it felt like everyone in the room became friends.

Alexander chimed in to let us know that the three would be playing all the hits, and referenced two important rules of the rock and roll handbook: “First, play the hits. Second, lift with your knees.” This culminated into Bad Bad Hats playing a ton of jams off their most recent album Walkman, along with a few older hits like “Fight Song,” “Wide Right” and one of my favorites of the evening was “Super America,” a wonderful ode to gas station comfort foods when you need them the most.

Alexander was a bright spot on stage as she wound up sharing a lot about her personal relationships with many of the songs. She also proved to be a comedic genius with her quick-wits and hilarious banter with the crowd. Before diving into “Detroit Basketball,” Alexander shared her experience growing up and reading a variety of teen magazines, saying in particular how much she enjoyed the quizzes at the back of her “J-14” mags to see which celebrity she would date. Alexander reminded us all how these were basically the OG version of Buzzfeed quiz questions. “Would you rather go out to a rave or to have lunch with your mom?” she joked. Anytime there was a pause between songs for some chatter, the entire crowd was laughing and smiling. I honestly think Alexander could give stand-up a try if she ever felt the desire. 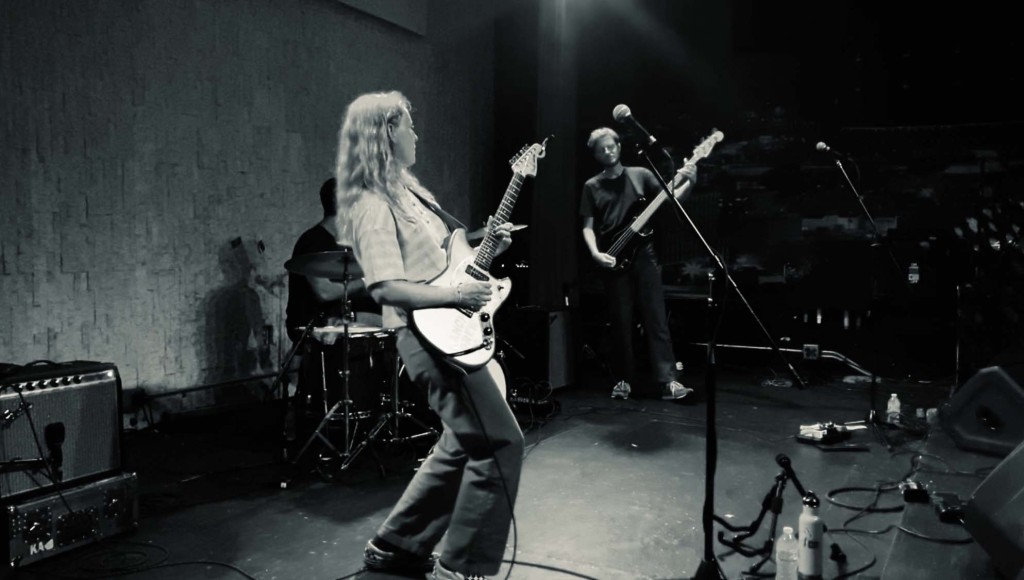 BBH all seem like best friends when they’re on stage with how playful the mood gets. Earlier in the night Alexander and Hoge, who are married and probably also best friends when not performing, met at stage center to go back to back for a guitar jam session. They continued to point and throw up random peace signs while posing for the crowd. Then later on Hoge and Davison stepped off stage for a solo performance from Alexander where she put on a slowed-down version of “It Hurts” off the 2013 EP of the same name. It was an awesome moment to see the two standing off side stage supporting Alexander.

One of the more exciting tracks of their set was “Awkward Phase,” to which Alexander led into by creating a very vivid and specific movie description of a 1987 prom scene where everyone in attendance is too awkward to dance or make a move. They roared into this one, bringing all of the fun guitar riffs even more alive than they sound on the studio version.

As the end of the night approached BBH went into “Nothing Gets Me High” off 2018’s Lightning Round, which was an excellent showcase of Davison nailing his part and going hard on the drum machine to add in some extra flare. The whole set seemed completely carefree but was handled with a ton of finesse. It just felt joyful to be there in the room. Alexander probably described the BBH live experience best herself: “Catchy hooks. Good vibes. And rock and roll. Everywhere we go.”