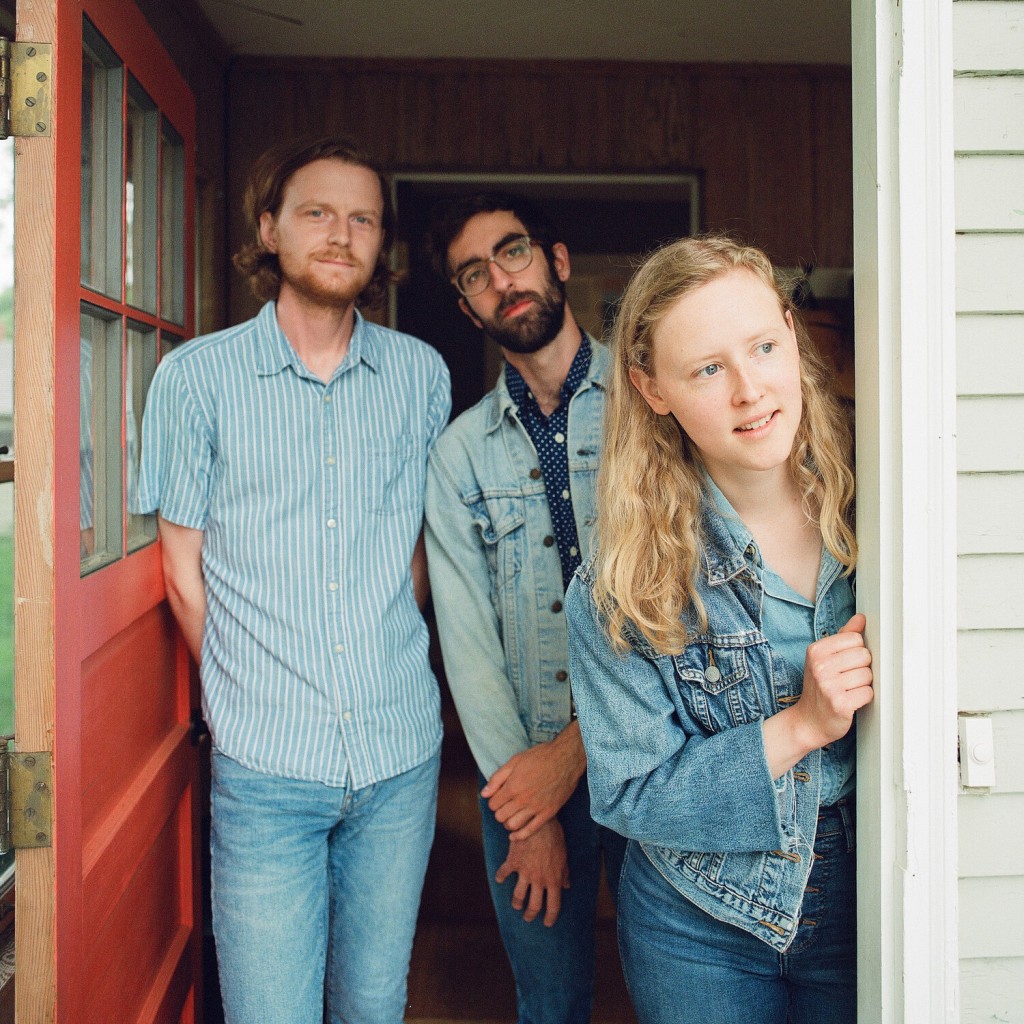 Being a “bad hat” means you’re a bit mischievous. That term, pulled from the Madeline book series, stuck with Kerry Alexander and became the name for Minnesota rock trio Bad Bad Hats. So, one could say they’re double the mischief—or double the fun, depending on how you look at it.

Over Zoom we caught up with Alexander during a break from watching Formula One and chatted about BBH’s last album Walkman, her songwriting inspirations, how to mess up your Etsy algorithm, and more.

The Pitch: You put out your third album Walkman last fall. It really brings together some pop elements and sounds really polished in that regard. How do you think it stands out from your other albums?

Kerry Alexander: We all are interested in hooks and great choruses. On Walkman I specifically wanted to write a record I thought would be especially fun to play live, because we sort of went back to being a rock trio, which we haven’t been since the early days of the band.

I was thinking a lot about trying to bring in guitar hooks and writing a few more guitar lines that would be memorable and catchy. I’m really happy that we got back around to writing more of that.

The title of the album evokes some nostalgia, and the sound matches up with that sentiment. Is that how you see the album in theme?

Yeah, definitely. I think that I am a very nostalgic person. I love going back to places I’ve been and being in the moment that way. I feel like music is just such an arbiter of nostalgia. I love that about it, and I love writing music with that experience in mind. When I wrote “Walkman,” especially.

In the line, “My love is a place when you’re next to me,” I was just thinking about how a song can put you in a place and remind you of a certain feeling.

What are some of your favorites off of the album to play live?

We all really like “Only Static.” It’s a B-side, and on the recording there’s a lot of drum machine stuff but we have rearranged it to just be the rock trio.

When we demoed it, it was very much like Kacey Musgraves. Like, reverby and kinda folky vibes—which I like—but it was honestly very reminiscent of “Slow Burn.” Almost too reminiscent…

That was one of the songs we did last for the album. That and “Quarter Past” were the last two. I don’t really remember who came up with doing the vibey drum machine part. I’m sure it was Brett Bullion, our producer and friend who’s done all of our albums with us. I

like that it has the electronic drum machine in the verses and then becomes almost like Neil Young in the post chorus. I do think that song has some of my favorite lyrics on the album.

You mentioned “Quarter Past.” The lyrics really touch on that sense of wanting to belong. Can you elaborate on the story of that one?

When I was first writing it I was watching Stranger Things. It’s been a while since I’ve watched that show, but I know in the first season, Barb goes to the party and is sort of the unwilling wingman to the main character. She’s sort of alone by the pool like, “I got dragged to the party.”And then, you know, something really bad happens.

That’s an extreme version, but that feeling of going to a party with a friend who sort of abandons you to pursue their own thing—I really wanted to write about the feeling of, “Do I matter to you in the way you matter to me?”

We heard Michelle Branch was a big influence on you. What are some of the things you love about her?

As I’ve gotten older I’ve tried looking back at how Michelle Branch came into my life. I loved all the boy bands, Britney Spears, Spice Girls—all of that music. I was sort of like a nerdy tomboy in middle school. I didn’t relate to Britney Spears. I love her music, but I could never be Britney Spears.

When Michelle Branch came on the scene, it was still music I loved in the same way that I love Britney’s music. It’s really catchy, upbeat, and it’s great pop music. But it was a woman playing a guitar, who was vocal about loving the process of writing songs and wasn’t, like, dancing in a way that I can’t dance.

I probably didn’t even realize it at the time, but I really loved writing poetry and lyrics and thought maybe I could do what Michelle Branch was doing. It was important to have someone like her.

Have you ever seen her live or met her?

Yes! Our bassist [and my husband] Chris Hoge is from Connecticut. We were just driving around New Haven over a holiday and I was like, “STOP THE CAR! That marquee says Michelle Branch is playing!” We got tickets immediately and went.

And now she’s married to Patrick Carney from the Black Keys, and he was playing drums for her. It was great, I loved it. It was meant to be. The universe was like, “Now’s your chance!”

The music video for “Detroit Basketball” is so fun.  Where did that idea come from?

I can’t really remember exactly how we came up with it. But I love a great heist movie, where they like, get the team together. And then we were thinking about weird hobbies people have gotten into and how we could make them weirder.

Putting the tiny Doritos bag in the glass bottle was hilarious.

Thankfully you can buy those on Etsy.com. Any miniature food. It has really messed up my Etsy algorithm. It’s been a problem because I was looking for furniture recently and I saw a cabinet, and I was like, “Wow! The price of this mahogany cabinet is so low!” I almost bought it until I realized it was miniature for a doll house. So you’ve gotta be careful.

Last year Bad Bad Hats put out a Christmas tune called “Sally Sweet Tooth.” What was the challenge like making that and what inspired the character of Sally?

Everyone just likes the ones from the ’40s and ’50s. No one is ever going to match that, and the only one who did was Mariah Carey. It just feels impossible to ever come close to those songs. I always thought there was no point. But we started a Patreon page during the pandemic, and every month we write and record a new song with a theme.

The first December we were doing it, we thought it should be a Christmas song. It was a good excuse to finally try it, and there are just so many good characters in Christmas songs—Frosty, Rudolph, the grandma that got run over by the reindeer… I thought it would be fun to introduce a new character into the Christmas world, and for some reason I liked the idea of a little girl who is just obsessed with cookies.

At first it was going to be a lot darker; she was basically going to kidnap Santa and blackmail him to give her all the cookies. But Chris was like, “Is this really the message we want to be sending?”

Not only are you the lead singer of a rock band, but you also are an up-and-coming food blogger on your site TheBuyout.Rocks. How did that idea come about?

I’ve always kept a spreadsheet of our favorite restaurants we’ve gone to on tour. I like consistency, and I hate the idea of spending money on food you don’t like. So, I keep a massive spreadsheet for when we’re like, “What was that pizza place in Boise, Idaho?”

I just thought it would be nice to share my favorites with the world. A lot of bands just do a rider. I like to encourage people to—instead of getting all that stuff—just get your hospitality budget in cash and go outside and explore the city you’re in. Support the local economy. That’s what we’ve always done, and we really enjoy it.