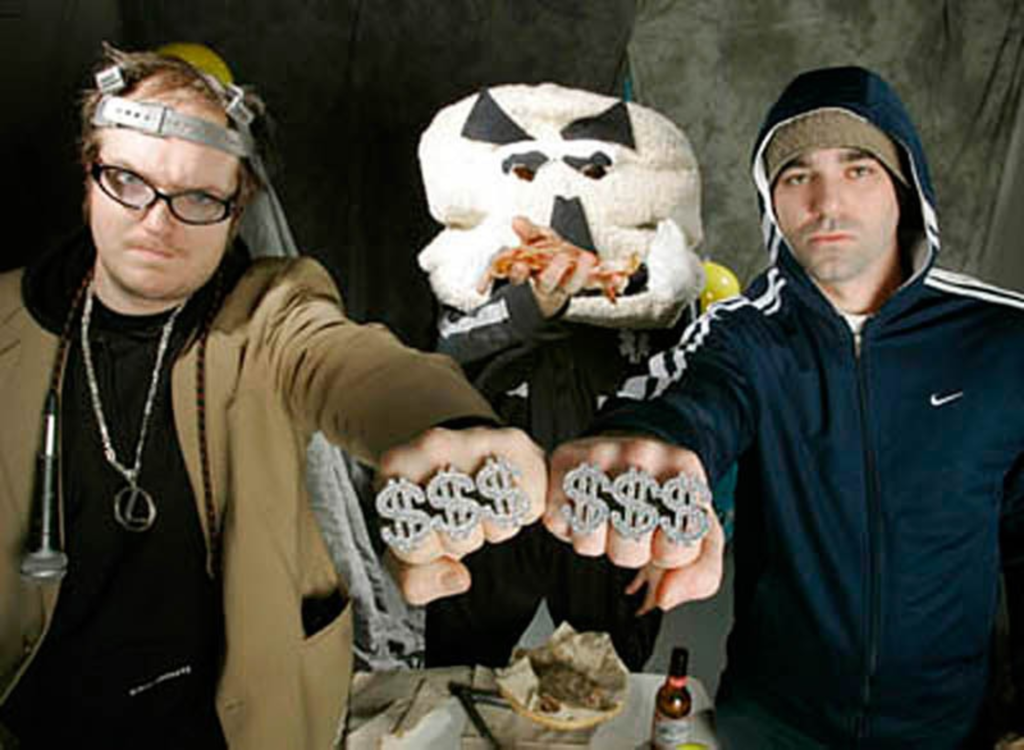 Bacon Shoe walks the very fine line between parody and insult. (And the group does it in costume, too, including a pair of — well, never mind.) This weirdo troupe is among the most absurd local acts ever to hit a stage. The art-performance hip-hop trio — composed of an MC, who waxes unpoetic about sex, and two cohorts revealed to the public only as “Hype Man” and “Mr. Ruggles” — brings a show that pushes boundaries and buttons. You’ve heard of the impromptu fits of streetside rapping from the back of a truck and the outfits that involve light-up hats and fuzzy, bearlike heads. This week, though, Bacon Shoe visits a real stage. Did we mention that the guys actually make bacon during performances? Don’t miss this chance to be fed, insulted and entertained, all at once.