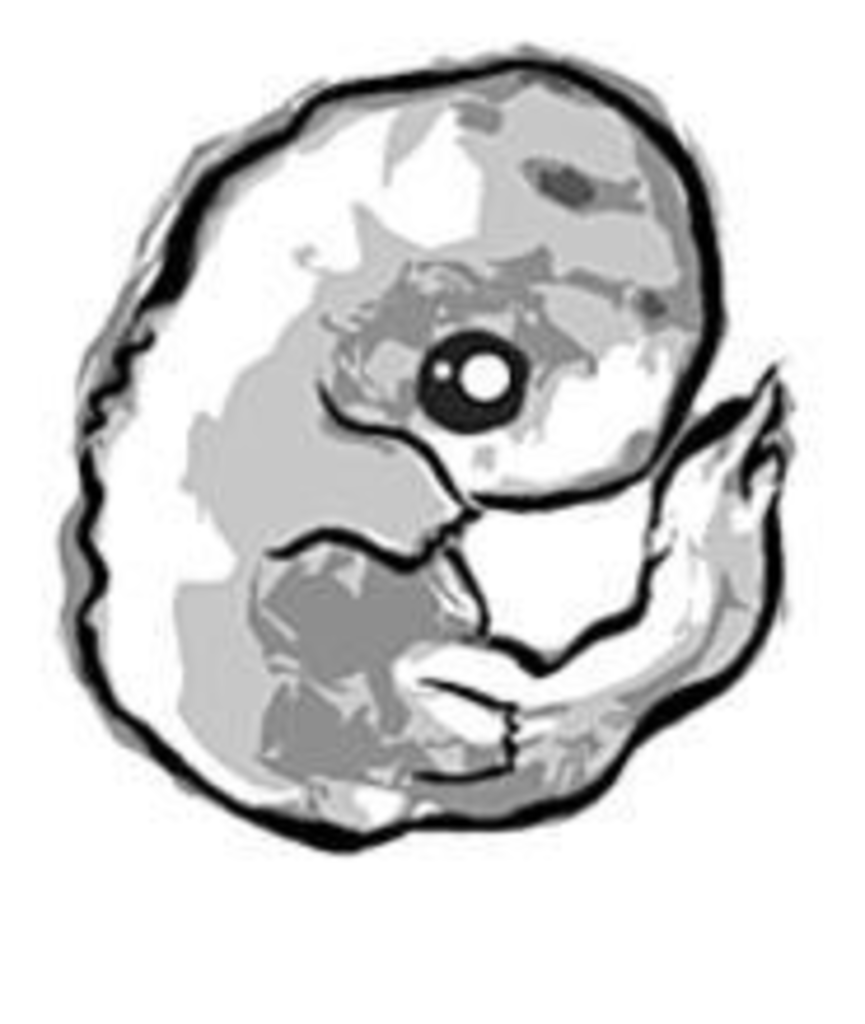 Hey, kids, Jimmy the Fetus here, your guide to moral values in the Midwest, helping everyone see that what we learned in Sunday school really does matter.

A friend of mine was talking about some study in the news that said religion is “in the jeans,” and I wasn’t sure what she was talking about. I mean, some of the guys at church are obviously more interested in hitting on us than listening to what the pastor is saying. But our congregation has lots of not very young people, too, and they probably haven’t got some in a really long time.

Your friend is referring to research suggesting that there may be genetic hard-wiring in our brains that predisposes us to a feeling of transcendence. It may be in our genes, in other words, to experience the classic ecstasy moment, which is then invariably taken to be of an external and supernatural source rather than an internal and chemical one. Now, take it from an embryo growin’ so fast its genes and hormones are poppin’ off like champagne corks at a shotgun wedding: The God gene at seven weeks is pumpin’ go-juice like a firehose. But when it nearly sets me in orbit, I like to bring it back down with these words from the Bible: “Be wretched and mourn and weep. Let your laughter be turned to mourning and your joy to dejection.” Sounds like the boys at the meeting-house could use a dose of that as well.

Backwash hears through the press grapevine that television reporters are still grumbling about KSHB Channel 41’s coverage of the January 21 Cessna airplane crash in Overland Park.

The accident killed five, including three golf buddies on their way to a Florida tee time and a married pair of church leaders heading for a Bahamas cruise. The incident became even more newsworthy when it turned out that the plane had crashed into the home of former Royals pitcher Jason Grimsley.

Our press contacts tell us that Channel 41’s Chris Hernandez pulled a neat stunt that day to get an exclusive that still has the other newsies steamed.

Hernandez found that a neighbor was first on the scene and had taken home video of the burning plane wreckage.

The video doesn’t really appear to shed much, um, light on the situation, but in television, such imagery is ratings gold. Hernandez convinced the videographer to turn over his footage to Channel 41 — and not to any of the other stations. The station paid the man $100 to lock in the exclusivity.

Channel 41 played up the footage in a big way. Even days later, when Hernandez was featured doing a minor follow-up story, the burning wreckage was played as a sort of icon (see the screen shot on this page).

Now, we were under the impression that all of the stations pay off folks to screw the other stations. But that’s not so, we’ve been assured. Hernandez, we’re told, stepped over a line. (Sheesh. We didn’t even realize that local TV news had ethical constraints.)

Hernandez tells Backwash that he did pay the videographer a cool hundred to keep the tape from the other stations, but he explains that it was just like any other contract between a station and a freelance cameraperson, or “stringer.”

Yeah, yeah, Chris. We’re sure your reputation precedes you. But actual stringers — rather than just awe-struck yokels with camcorders — rarely sell their videos to just one station. Not when everyone in town is likely to pay just as much for the privilege. Why would a stringer turn down four paydays instead of just one?

But Chris reassures us that in the end, his stratagem has all worked out for the best.

“Our source says he’ll donate the check to his church,” he tells us.

Every time I see Body Heat, I’m reminded of my first husband. We saw it together at the theater when it first came out. If you’ve seen it uncut, you know there’s an especially steamy sex scene near the beginning, in which Kathleen Turner appears to be having a pretty damn good time. My ex-husband watched for a moment, then turned toward me and said, “Oh, come on, is she overacting just a little or what? Jesus, come on!” I sat there with my jaws clamped shut, because the only response that came to mind then was the same one that comes to mind now, and that was, “Umm, yeah, fuckstick, I realize that level of excitement and pleasure is something you’ll never actually witness firsthand, but guess what? THAT is how a woman behaves when she’s having a good time in the sack!”

And that moment — that precise moment — was the beginning of the end of my marriage to the lord and master of the teeniest peenie in the universe, not to mention the most astounding lack of sexual skill and imagination ever known to woman.

Lord, I hope my young’un never reads this, but you know what? There’s a reason his father has always married virgins. From “Reecie.com,” the online diary of Reecie Davis.