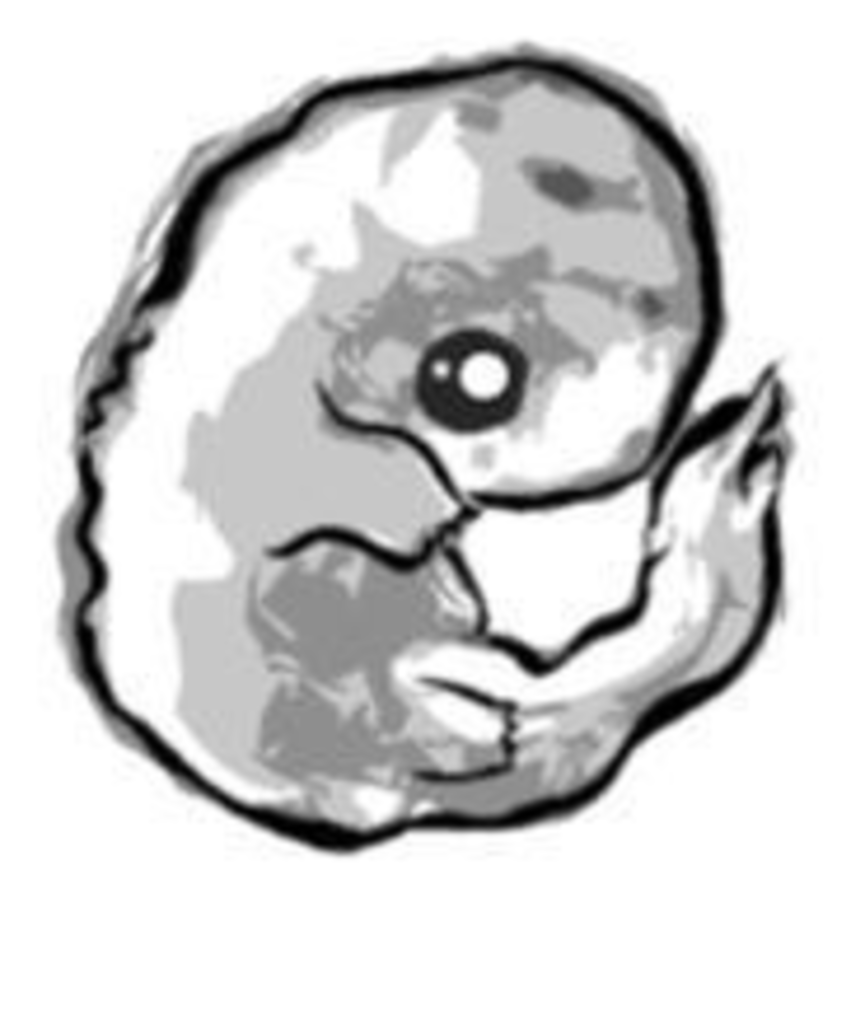 Hey, kids, Jimmy the Fetus here, your guide to moral values in the Midwest, helping everybody see that what we learned in Sunday school really matters.

Do you think Paula Abdul really was kicking it with that skinny-ass Corey Clark? He is so full of himself, and no joke — he can’t sing. But that did sound like Paula’s voice on his cellie. One of my friends got really grossed out when she realized her mom is the same age as Paula. I don’t know if I can ever watch Idol again without thinking of Paula naked.

Remember what the Bible tells us: “No human being can tame the tongue — a restless evil, full of deadly poison.” In other words, American Idol itself is a wicked, wicked show, and your concerns are wholly misplaced. What I mean is that megalomaniacal douchebags like Ryan Seacrest and Simon Cowell are much nastier influences on American culture than an aging pop star like Paula, who just wanted a little young-guy action on the side. Did she cross a line by helping Clark with clothes and singing tips? Megan, believe me, all the advice in the world wasn’t going to help a loser like Corey Clark. Let’s just allow Paula to get her groove back without worrying too much about what she looks like riding a 22-year-old.

When a Backwash staffer learned that there was a seat that needed filling at last week’s roasting of Herb Kohn, the big-shot lawyer-slash-puppetmaster who’s been behind the scenes directing big chunks of our downtown’s revitalization projects (including the Sprint Center and the Performing Arts Center), we knew we had to be there. Sitting in a chair on the covered stage of Starlight Theater, eating a $200-a-plate dinner complete with wine, dessert and coffee while more than 700 of the city’s biggest names (and wallets) laughed it up — well, it was a tough gig, but Backwash took one for the team.

Little did we know how tough it would really be. See, the thing about roasts, at least from what we’ve seen on Comedy Central, is that they’re generally entertaining. And funny. Of course, for cable-television roasts of famous people, the roasters generally hire writers. Here in Kansas City, we have Adele Hall.

Hall, who trots out on behalf of the philanthropic Hallmark family for what must be a calendarful of engagements, was one of the old pals who was there to poke a little fun at Kohn, the 67-year-old Bryan Cave lawyer. She and the other roasters stuck to the obvious and the innocuous. There was Sen. John Danforth (a twin of Leslie Nielsen’s, we swear) and Rep. Emanuel Cleaver (the mixed greens were more lively), and we learned over and over that Herb Kohn is short, Herb Kohn wears lots of ties, and Herb Kohn charges high lawyer fees.

Hall read an epic poem to Herbie, which seemed to acknowledge a more-than-friendly past the two shared. This only confused us, because it was Herb and Mayor Kay Barnes about whom we’d heard all the rumors. (Kay just happened to be the master of ceremonies.) Kohn’s actual wife, Nancy, didn’t seem to mind. For her part, the mayor laughed good-naturedly throughout the event, even when a cartoon-montage of Kohn’s life flashed up on a big screen and he was depicted controlling a puppet of the mayor on marionette strings.

Then there were the ribbings that sounded more like compliments: Herb Kohn is the “rainmaker,” known for shaking down millions for politicians like Sen. John Kerry. Herb Kohn has lived the all-American fairy tale, emigrating from Germany to become a self-made success story. Roast? Aw, come on, this was a good old-fashioned ass-kissing. In the end, the event raised more than $300,000 for Swope Health Services, and E. Frank Ellis, the center’s CEO and chairman, announced that a lobby of the Swope facility would be named for Kohn. He nearly cried.

So did we. Out of boredom. Pass the free wine?

From “Life of a Single Woman,” the online diary of Laura Schneider