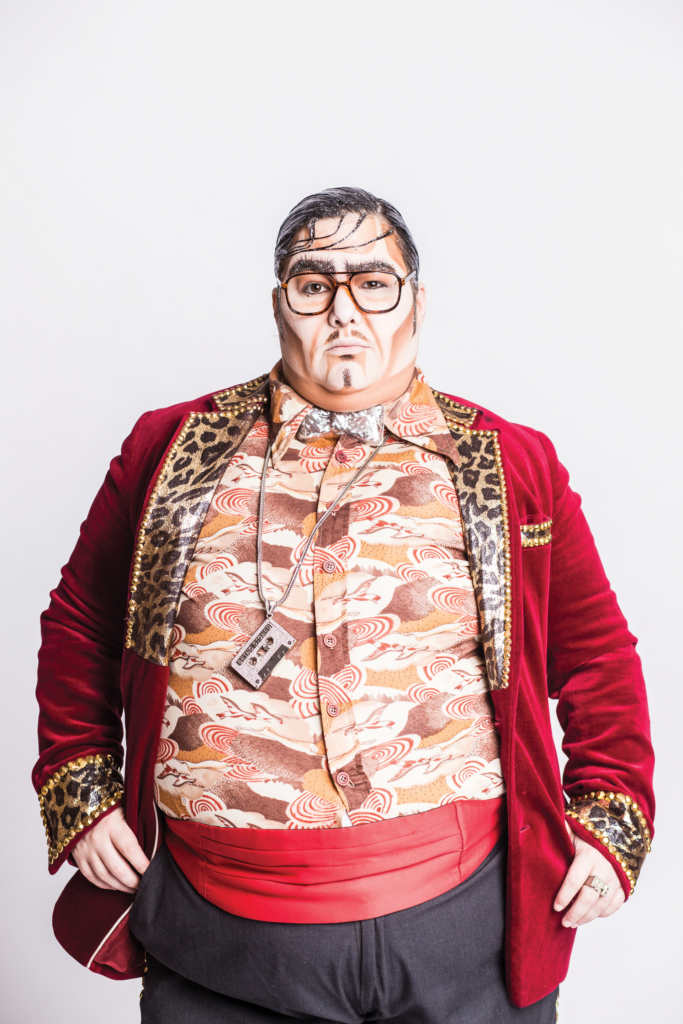 On a recent Thursday night at Hamburger Mary’s, in midtown, a succession of drag artists takes the stage — each outfit seemingly more audacious than the last, each wig taller and bigger, each performer doing a special number for the American Idol-style panel of judges in the back of the room.

The occasion is Drag Survivor, a 13-week competition that kicked off in late May and will conclude on August 16. It’s hosted by veteran Kansas City queen Widow Von’Du (aka Ray Fry), and the winner receives a $500 cash prize, a handful of high-profile local and out-of-town bookings, and bragging rights. A sash, too.

Most of the performers on this balmy evening are queens, and their acts tend to follow a predictable pattern. A sultry, demure start builds to a flashy wardrobe reveal, at which point the queen dismounts from the stage, weaves her way through the audience, swings her padded hips, bats her long false lashes, and tucks the audience’s dollar bills between her fingers. Then back to the stage to hear from the judges: “Girl, your look is fierce, but you gotta know your song better”; “I always say, if you’re not wearing titties, you’re not serving a look.”

Competition’s stiff. Lana Luxx (Landon Patterson) is an arresting beauty who moves like a mermaid through her sea of adoring fans. Jenna Giovanni (Justin Gladman) is a bearded queen who can do a death drop without breaking a sweat. But perhaps the show’s most formidable contender is not a queen, but a drag king named Boris Tudeth. (Get it?)

Boris is one of Kansas City’s most notorious drag artists, and he stands out — not only among the horde of queens (and two other kings) competing in Drag Survivor, but in the context of drag itself. A lot of drag kings are female performers who adopt a hyper-masculine persona, setting their routines to hard-rock music and displaying machismo cliches. Not Boris. He has a distractingly large penis, sure, but death drops and high kicks aren’t in his repertoire. He wears a mismatched three-piece houndstooth suit and lip-syncs to Depeche Mode’s “Just Can’t Get Enough.” As he struts about, he pulls out pouches — then kilos, then trash bags — full of “cocaine.” The first chorus is punctuated with delicate snorts; later, he’s rubbing the substance on his gums; and before long, he’s tossing fistfuls of (presumably) baking soda in the air and spinning around delightedly as it rains down on surrounding audience members.

The packed house at Mary’s loves it at least as much as the judges. Boris, Widow Von’Du tells me later, “could probably take this whole competition.” 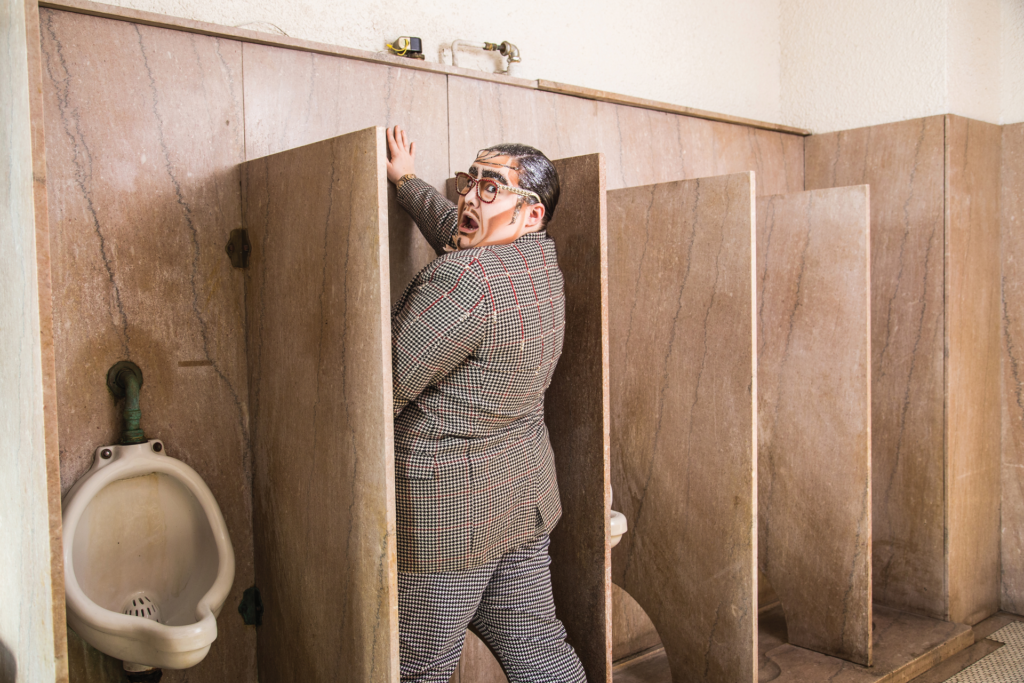 Days later, Jessica Boydston sits on the patio at Mary’s, wearing a Boulet Brothers’ Dragula tank top. She’s pulling up YouTube videos on her phone of the Red Elvises, the long-running Russian surf-rock band Boydston cites as a major influence on Boris. Out of costume, Boydston is unrecognizable as the tacky, trashy character she so often embodies. Her short, jet-black hair hangs loosely about her ears. She has deep dimples and a sweet, girlish laugh that make her seem younger than her 30-something years.

She says Boris first came to her in 2010, as a Halloween costume idea. She liked the idea of a disreputable, gold-toothed slimeball with an occasional Russian accent who told dirty jokes like Chelsea Handler at an open bar. It was the first time Boydston ever dressed in drag.

“I don’t have much of a backstory as far as where he came from,” Boydston says of Boris. “I like to keep that ambiguous, because I like to tell tall tales about ‘back in Russia.’ I like to say: ‘The only thing that fucks with gay people more than Mike Pence is Russia, so I needed to get the hell outta there. So I landed in Ellis Island, and the first call that I got was Hamburger Mary, and she told me she’d make all my wildest dreams come true … in Kansas City, Missouri.’”

Boydston describes Boris’ personality as “the intersection of Borat and Ron Jeremy.” He dresses the part: a bold, brassy ’70s print clashes with a satin cummerbund and a rhinestone-studded velvet smoking jacket in one look; a leather motorcycle jacket, chaps, and harness complete another.

“Boris is like a crow,” Boydston says. “He’s immediately attracted to anything shiny. Big, over-the-top problem patterns are huge for Boris. One of my favorite looks is [the mismatched houndstooth suit]. The pants, jacket, and vest are all different houndstooth, and that stupid cerebral joke is so gaggy to me. And that’s important: The joke is always on Boris.”

Despite all the comedy — Boydston has a tendency to punctuate nearly every statement, no matter how serious, with a joke —  it’s apparent Boydston has ruminated on the Boris character more than his preposterous stage presence might lead you to believe.

“I always feel like there’s more of Jessica in Boris than there is Boris in Jessica,” she says. “I was having this conversation with one of my friends, and he was like, ‘Anything that you do, even if you do it as Boris, you created Boris, so there’s nothing that Boris does that’s outside of who Jessica is.’ That made me go inward with my drag and allow more of me to be present. I realized that this character is always me, and that’s what people have always found funny — I have to trust my instincts with it.”

For Boydston, that means taking liberties. Drag has given her an outlet for her comedic and artistic interests, and she gives Boris carte blanche.

“As a woman, you worry about what you look like, but Boris doesn’t care,” she says. “As Jessica, I would never show my stomach in public, but as Boris, it’s just all hanging out.”

“The first time I saw him perform, I laughed my behind off,” Edmondson says. “I loved how she had really thought through the entire character and done a really good job of taking it to that next level. Most really successful drag artists come up with a character and really follow it through, and I felt like Jessica had done that with Boris.”

Originally, Boris’ Big Time Show was a variety hour that combined comedy skits and interactive audience games. These days, it’s — structurally, at least — more of a traditional drag show. Drag queen Cynthia Doll co-hosts, and there’s tongue-in-cheek questions of the guests (“What’s your weirdest Grindr hookup?”; “If you could be any Kardashian, which would it be?) in between a mix of veteran and newbie drag performances. (“I’ve had a lot of people’s first time in drag on my stage because Mary’s allows under-21 performers,” Bodyston says. “I really do enjoy that aspect of seeing performers grow.”) The show has moved from every Tuesday to one Sunday a month.

“The Boris show is by far our most popular,” Edmondson says. “Boris packs the place.” 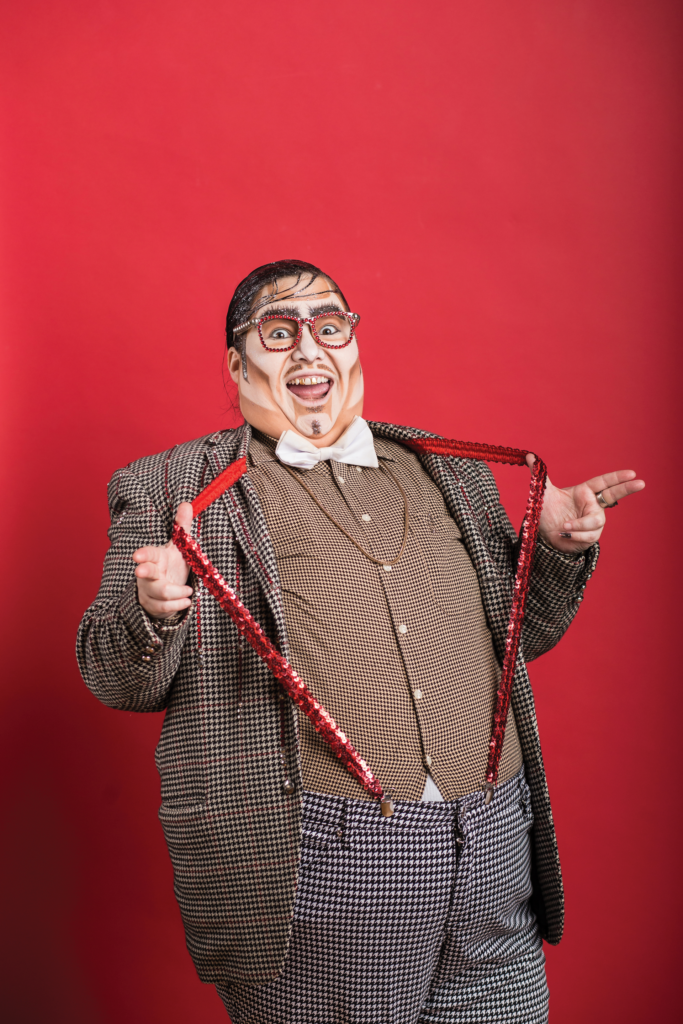 Despite drag’s push into mainstream pop culture — RuPaul’s Drag Race has been on the air since 2009, and has garnered its host two Emmys and a nod as one of Time’s 100 most influential people of 2017 — it’s mostly queens, not kings, who get the glory. While drag queens star in revues that go on major tours, kings are mostly relegated to the sidelines. That’s true at a national level (RuPaul, for the near-decade his show has been running, has yet to allow kings to compete), and it’s certainly true locally.

“That’s why, when I started the competition, I didn’t want it to be open to just drag queens,” says Widow. “There are other performers in our city who deserve some spotlight, and I’m hoping that with my competition, I hope I have at least one king in the top three. That would open doors for kings in the city and show that there are more than queens — you just have to open your eyes.”

It takes Boydston about four hours to become Boris. The most time-consuming part is the makeup.

“Drag is the exclamation point on everything,” Boydston says. “When painting your face for the stage, some people say to paint for the back row or paint for the end of the block — I say paint for the next zip code. I want you to see my cheekbones from space. There’s the Great Wall, and there’s Boris’s cheekbones.”

Then comes the hair — a slicked, shiny, combed-over mass of pomade and glitter, plus imposing sideburns and caterpillar eyebrows. Her breasts are bound with an abdominal medical binder, and a penis — a foot and a half of pantyhose stuffed with cotton that reaches her knee — is affixed to thick nylon underwear. (This garment, Boydston notes, was custom-made for her by Sandy Kaye, a renowned Kansas City drag queen.)

“I want you to see me coming, but not in a weird way,” Boydston says — then pauses, reconsidering her words. “Well… I mean, it is Boris,” she adds with a laugh.

On stage at Drag Survivor, after the conclusion of his song, Boris locates a few extra pouches of cocaine, which he then selflessly shares with Widow while awaiting the judges’ feedback.

“For a moment, I totally forgot that song wasn’t about drugs,” says Moltyn Decadence, aka Ryan Webster. “That was absolutely perfect. You killed it.”

For the first few weeks of Drag Survivor, Boris has held one of the top two scores — not bad for a woman performing in a man’s world.

“Each week, I am thoroughly impressed with what Boris does,” says Widow. “He is shining a light and showing that there are drag kings that put in the same amount of work as any of the queens, and it’s about time that someone is finally stepping up and doing it. That’s Boris. He’s making big waves.

“I don’t know if he knows it,” Widow adds, “but he is literally changing the way people see drag kings in this city.” 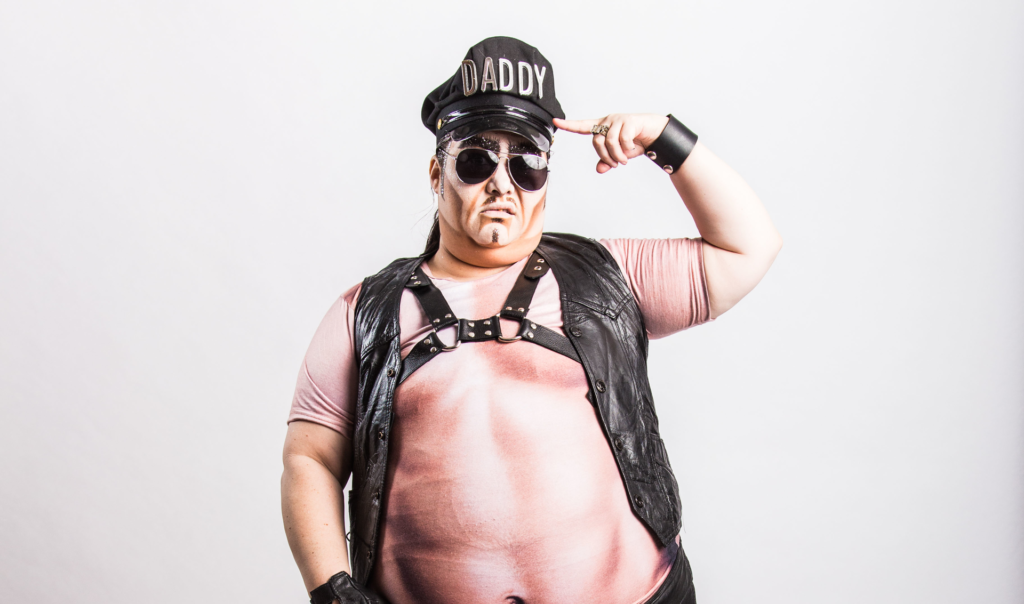 Drag Survivor. 7 p.m., every Thursday through August 16 at Hamburger Mary’s.