Back to the woods: Can a revived Twin Peaks teach TV something new? 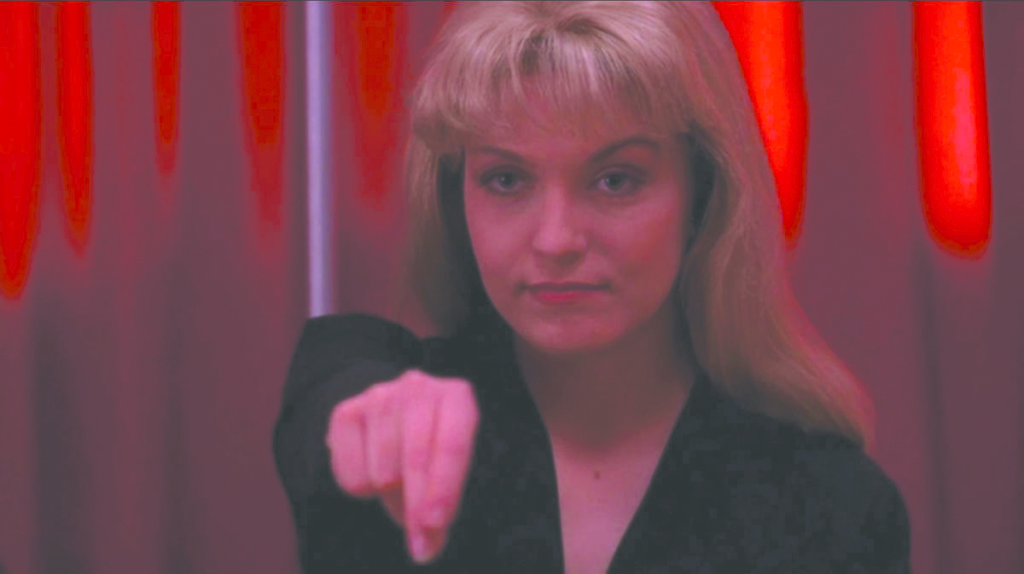 It is happening again.

No television event this year has more expectation riding on it than Showtime’s May 21 return of David Lynch and Mark Frost’s groundbreaking cult TV show, Twin Peaks. When the series concluded its second season, on June 10, 1991, FBI agent Dale Cooper (Kyle MacLachlan) had discovered a temporary portal to the Black Lodge and entered the Red Room he’d been dreaming about over the show’s run. There, murdered teen Laura Palmer (Sheryl Lee) sat down on a couch next to the Dancing Dwarf (Michael J. Anderson), snapped her fingers and said (backward, of course): “I’ll see you again in 25 years.”

More than that promised quarter-century has elapsed since Lynch premiered his 1992 theatrical prequel, Twin Peaks: Fire Walk With Me, at the Cannes Film Festival. This month, Cannes — the most prestigious film festival in the world — is adding TV to its mix for the first time, premiering two new episodes of Twin Peaks.

The French, at least, get it.

Recall that there had never been anything like Twin Peaks on TV before. When the ethereal freakout of a pilot aired on ABC in 1990, America’s top-rated drama was Murder, She Wrote — the show on which Angela Lansbury outwitted murderers, annoyed lawmen and wrapped each mystery up with a tidy bow. Twin Peaks began with a murder mystery (“Who killed Laura Palmer?” was soon plastered on the cover of every magazine in the country), but Cabot Cove’s most famous resident would certainly have met her Waterloo — if not her end — trying to solve it. Here we were confronted with a perversion of TV’s small-town notions, a Mayberry keeping unspeakable secrets and haunted by pure evil.

Week after week during its original run, I watched Twin Peaks and wondered how this show — which featured a delusional businessman who thinks he’s a Civil War general, a widow who claims that the log she carries around can predict the future, and a bow-tied giant who offers absurd clues such as “The owls are not what they seem” — had ever made it to the air. Laura Palmer herself was the homecoming queen, the seemingly perfect high schooler. Yet signs began to indicate that she had somehow been involved in drug running and prostitution just over the Canadian border.

The idea that something sinister bubbled just beneath the surface of an idyllic community was a theme that Lynch had explored four years earlier in his notorious Blue Velvet. That film — which begins with a severed ear found in a field just beyond the white picket fences — sharply divided critics but won the director an Oscar nomination and a reputation as a master of surreal menace. Not the kind of master favored by the Standards & Practices suits at one of the big broadcast networks. What exec looked at gun-toting Blue Velvet madman Dennis Hopper, huffing gas through a mask, and said, “Get me that director for Sunday night!”?

Well, Gary Levine. That’s who helped to develop Twin Peaks for ABC and oversaw its production back in the 1990s. Now he’s executive VP of original programming at Showtime. So the route to premium cable is easily enough traced. And this time, there will be no restrictions: no commercial interruptions and no limits on explicit content. Levine gave Lynch and Frost complete creative freedom — as long as they both worked on every single episode.

This is important because, back in ’91, ABC execs got antsy that Frost and Lynch had opened too many mysteries without solving any of them. Chiefly, the show had played too coy about revealing Laura Palmer’s murderer; the network forced the creators to do just that midway through the second season. It was a fatal mistake. Viewers jumped ship after the murder was “solved” (nothing is ever truly solved on Twin Peaks), and the ratings took a nosedive. Cancellation soon followed.

It remains a teachable moment for any good showrunner who has been hired since. (Lost co-creator Carlton Cuse has said on several occasions that he and his cohorts viewed Twin Peaks’ fast toppling as a “cautionary tale.”) So, with the value of unsolved mysteries better understood all these years later, Twin Peaks was ready for Lynch and Frost again — or they were ready for it. Either way, the number of episodes planned for Showtime doubled after shooting, from nine to 18.

The two-hour premiere of Twin Peaks, which is set in the present day, airs May 21. Two additional episodes will then become available to stream, and the show will become weekly after that. It was originally designed to be a one-run limited series, but Lynch has also told at least one cast member that if people liked it, he and Frost would consider doing more. Most of the original cast is returning, and the list of actors playing new roles in the series is fittingly bizarre, from Lynch regulars Laura Dern and Naomi Watts to Michael Cera, Trent Reznor, Eddie Vedder and Lauren Tewes (once The Love Boat’s sunny cruise director).

It’s impossible to know whether Twin Peaks can recapture the country’s collective imagination, but one thing is certain. Even surrounded on the cable menu by so much so-called “peak TV,” there will still be nothing else like it.

Another notable show that premieres this month is Amazon’s I Love Dick, created by Transparent’s Jill Soloway and loosely based on Chris Kaus’ 1997 cult novel. The show tackles the book’s unique epistolary structure by telling its story in the first-person, framed by struggling New York filmmaker Kathryn Hahn’s letters to Kevin Bacon’s Dick, the guy who leads the writing seminar that has led her and her husband to Marfa, Texas.

Hahn is perfect for the role. The actress’ natural comic timing and vulnerability are key in keeping her self-obsessed character just likable enough, while Bacon channels his rugged good looks and charm into making the straight-talking Dick more than simply a judgmental prick. If the pilot episode is any indication, I Love Dick will explore all kinds of uncomfortable subjects related to sexuality and infidelity with a feminist slant and an interesting comprehension of why confidence is so damned sexy. The first season of I Love Dick arrives May 12 on Amazon Prime.

Another cult hit — and one that’s more in line with Twin Peaks than I Love Dick — is now available on a 4-disc DVD-and-Blu-ray boxed set, in a new 4K restoration, from Arrow Films. Richard Kelly’s 1980s-set, doom-and-gloom high school epic Donnie Darko had a tiny theatrical run right after 9/11 before disappearing. It became iconic thanks to a second life on home video. Kelly then released a director’s cut with new computer-generated graphics and onscreen titles that spelled out the specifics of its time-traveling device a little too much.

Providing those answers lessened the impact of the original Darko, in which Jake Gyllenhaal channels every kid’s teenage alienation into suburban legend. My preferred cut is the theatrical release, but both have been restored for this new box, which also includes a commentary track for each and enough extra features to keep the biggest Darko fan as sleep-deprived as Donnie for a long time.

Also new on Blu-ray is Catfight, a 2016 movie that should have received more press when it was released. Anne Heche and Sandra Oh play two adult women who act like children in this viciously funny and absurd indie black comedy from writer-director Onur Turkel. The cover of the Blu-ray hints at the farcical brutality within, with a determined Heche holding a bloodied Oh in a headlock. And that’s only the first bloody confrontation between the two women, whose lust for retribution and destruction dominates the rest of the movie. Catfight is, if you haven’t guessed, not for everybody. But its over-the-top laughs are grounded in a very real dissatisfaction with modern life. Even its backdrop — a world mired in pointless war and fart jokes — seems more relevant today than it did even a year ago.

Also this month, the Alamo Drafthouse is showing The Lure on May 17 as part of its new Film Club series, which specializes in new indie and international releases. Does a Polish horror-musical dramedy about two mermaids who come ashore to perform at a run-down strip club sound cult-y enough for you? Perhaps unsurprisingly, The Lure has trouble making compelling sense of its premise, but it is does boast a committed tone and style, elevating it beyond a simple exploitation picture.